There are various states of consciousness, however meditation is one of the most important of them. It increases cardiovascular quality, lowers blood pressure, decreases anxiety and among quantum physicists is considered the fourth state of consciousness in which the entire brain is engaged. But it also does something very important — it increases wisdom.

A new study, “The Relationship between Mental and Somatic Practices and Wisdom,” published in PLOS ONE, confirms the age-old conception that meditation is associated with wisdom. Surprisingly, it also concludes that somatic (physical) practices such as classical ballet might lead to increased wisdom.

Meditation prevents stresses from getting into the bodily system and already pent up stresses are let out. Both happen simultaneously and we tap the source and joy of what we are. As this state consumes us more and more, we become happier, anything we see, we feel, we look at, becomes more intense and more beautiful. Each of our senses then does the job of all the other senses too. Our knowledge increase and becomes more intuitive. Our consciousness makes us feel that our body is part of the whole, part of the entire creation and the entire creation is part of us.

“As far as I know this is the first study to be published that looks at the relationship between meditation or ballet and increased wisdom,” said Monika Ardelt, associate professor of sociology at the University of Florida. Ardelt is a leading wisdom researcher who was not involved in the project. “That meditation is associated with wisdom is good to confirm, but the finding that the practice of ballet is associated with increased wisdom is fascinating. I’m not going to rush out and sign up for ballet, but I think this study will lead to more research on this question.”

The researchers included ballet in the study, “not expecting to find that it was associated with wisdom, but rather for comparison purposes,” said Patrick B. Williams, lead author and a postdoctoral researcher in the University of Chicago’s Department of Psychology. Williams is a member of a research project on somatic wisdom headed by principal investigators Berthold Hoeckner, associate professor of music; and Howard Nusbaum, professor of psychology.

“The link between ballet and wisdom is mysterious to us and something that we’re already investigating further,” Williams said. This includes ongoing studies with adult practitioners of ballet, as well as among novices training at Chicago’s Joffrey Ballet. Williams wants to track novices and seasoned practitioners of both meditation and ballet for months and years to see whether the association holds up over time.

The published research was groundbreaking because science has overlooked somatic practices as a possible path to wisdom, Williams said.
The qualities the world desperately needs more of, namely love, kindness and compassion, are indeed teachable. Scientists have mostly focused on the benefits of meditation for the brain and the body, and a recent study by Northeastern University’s David DeSteno, published in Psychological Science, took a look at what impacts meditation has on interpersonal harmony and compassion. 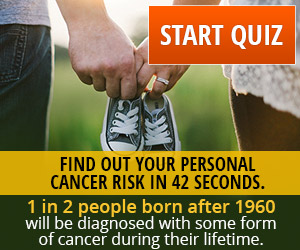 “No studies have examined whether physical practices are linked to the cultivation of personal wisdom, nor have they theorized that this association might exist,” the study stated.

Understanding the kinds of experiences that are related to increases in wisdom is fundamental in two aspects of the UChicago research, Nusbaum said.

“As we learn more about the kinds of experiences that are related to wisdom, we can gain insight into ways of studying the mechanisms that mediate wisdom. This also lets us shift from thinking about wisdom as something like a talent to thinking about it as something more like a skill,” he said.

“And if we think about wisdom as a skill, it is something we can always get better at, if we know how to practice.”

The researchers administered a self-reported survey to 298 participants using Survey Monkey, a popular Internet-based tool that is being used increasingly in scientific research. The survey asked about experience (both in number of years and hours of practice) as a teacher or student of four activities: meditation, the Alexander Technique (a method for improving posture, balance, coordination, and movement), the Feldenkrais Method (a form of somatic education that seeks to improve movement and physical function, reduce pain, and increase self-awareness), and classical ballet. It also included psychological questionnaires that asked about characteristics thought to be components of wisdom, such as empathy and anxiety.

The results showed that those who practice meditation–vipassana (29 percent), mindfulness (23 percent), Buddhist (14 percent), and other types–had more wisdom, on average, than those in the three other groups. More importantly, it established for the first time that the link between meditation and wisdom might be attributable to a lower level of anxiety.

“We are the first to show an association between wisdom, on the one hand, and mental and somatic practice, on the other,” Williams said. “We’re also the first to suggest that meditation’s ability to reduce everyday anxiety might partially explain this relationship.”

Participants who practiced ballet had the lowest levels of wisdom. Nevertheless, the more they practiced ballet, the higher they scored on measures of psychological traits that are associated with wisdom.

“We hope our exploratory research will encourage others to replicate our results and look for other experiences that are linked with wisdom, as well as the factors that might explain such links,” Williams said.

“Although wisdom, as an intellectual pursuit, is one of the oldest subjects studied by human-kind, it is one of the youngest, as a scientific pursuit,” he added.

Click here to watch the 9 part Cancer series for FREE

Ardelt thinks this study will generate a lot of interest with the public and in the growing field of the study of wisdom, especially due to the current interest in meditation. “These findings indicate that meditation might have more benefits than as a stress-reduction or pain-reduction technique,” she said.

If mental and somatic practices can lead to more wisdom, “their applications should be explored across settings such as in the classroom or workplace with the goal of creating not only wiser people but also a wiser society,” the researchers concluded.

Knowledge may empower people to change the way the world works, but if they don’t really know how it works, how useful is that knowledge? Wisdom begins with the dawn of reason, an understanding of the knowledge and principles whereby we may know the true meaning of things. Meditation can help all attain a wisdom they never dreamed of.