Are People Who Are More Prone To Guilt More Trustworthy?

If you have a guilt complex…relax…

New research from the University of Chicago Booth School of Business finds that when it comes to predicting who is most likely to act in a trustworthy manner, one of the most important factors is the anticipation of guilt.

While some people can tell the difference between feeling angry and guilty, others may not be able to separate the two. It turns out your mother was right: guilt is a powerful motivator.

Guilt is a cognitive or an emotional experience that occurs when a person believes or realizes–accurately or not–that he or she has compromised his or her own standards of conduct or has violated a universal moral standard and bears significant responsibility for that violation.

It’s accurate to think of guilt as an internal state. In the overall scheme of emotions, guilt is in the general category of negative feeling states. It’s one of the “sad” emotions, which also include agony, grief, and loneliness. But it’s not really negative at all. In fact it can lead to many positive aspects of ourselves, especially if we reprogram ourselves.

Guilt and its handmaiden, shame, can paralyze us–or catalyze us into action. Appropriate guilt can function as social glue, spurring one to make reparations for wrongs. Excessive rumination about one’s failures, however, is a surefire recipe for resentment and depression.

In the study in the Journal of Personality and Social Psychology, “Who is Trustworthy? Predicting Trustworthy Intentions and Behavior,” Chicago Booth Assistant Professor Emma Levine, Wharton School of the University of Pennsylvania’s T. Bradford Bitterly and Maurice Schweitzer, and Carnegie Mellon University Tepper School of Business’ Associate Professor Taya Cohen, identify a trait predictor of trustworthy intentions and behavior. The researchers also provide practical advice for deciding in whom we should place our trust.

People who experience guilt on a chronic basis, according to the cognitive perspective, mistakenly suffer under the illusion that they have caused other people harm. Their emotion follows from their tendency to misinterpret what happens to them and not to question the logic of their conclusions.

Among the study’s key findings: a person’s tendency to anticipate feeling guilty, which the researchers call “guilt-proneness,” is the strongest predictor of how trustworthy that person is–more so than a variety of other personality traits (extraversion, openness, agreeableness, neuroticism, and conscientiousness).

According to the cognitive view of guilt, if you change your thoughts, you can change your emotions. Once you realize that you’re inaccurately seeing yourself as causing others to suffer, you can readjust your mental set and more realistically figure out your role in whatever grief came their way.

Guilt-proneness differs from guilt. Whereas guilt elicits reparative behavior following a transgression, guilt-proneness reflects the anticipation of guilt over wrongdoing and causes people to avoid transgressing in the first place. People who rank high in guilt-proneness feel a greater sense of interpersonal responsibility when they are entrusted, and as such, are less likely to exploit the trust others place in them. 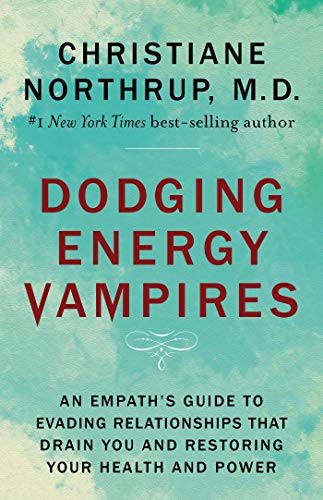 Dodging Energy Vampires: An Empath's Guide to Evading Relationships That Drain You and Restoring Your Health and Power
Price: $24.99

Furthermore, in one experiment, individuals who were primed to behave responsibly as a result of reading a code of conduct were more likely to return money to others than the individuals who read a passage about the importance of looking out for themselves.

“Trust and trustworthiness are critical for effective relationships and effective organizations,” the researchers say. “Individuals and institutions incur high costs when trust is misplaced, but people can mitigate these costs by engaging in relationships with individuals who are trustworthy. Our findings extend the substantial literature on trust by deepening our understanding of trustworthiness: When deciding in whom to place trust, trust the guilt-prone.”

The study is unusual in that–unlike existing trust research which focuses on what makes people trust each other–this study offers insight into who is worthy of that trust.

“Our research suggests that if you want your employees to be worthy of trust,” says Levine, “make sure they feel personally responsible for their behavior and that they expect to feel guilty about wrongdoing.”