There are many things that can contribute to overeating, from stress and the pressure of demands to hormones, lack of sleep and more. All of those things can add up to going crazy at the buffet, or gorging on a gallon of ice cream at home. In the short term, it can make you feel uncomfortably full, but do this too often, and there’s little doubt that you’ll pack on the pounds, which not only means having to buy larger size clothing, but a higher risk of some serious health issues, like heart disease and type 2 diabetes. If you’re caught up in a cycle of overeating, it can often take a toll on your mental health too, with all of that guilt and negative self-talk that frequently comes with it.

With so many overeaters in America, you definitely aren’t alone. According to the Centers for Disease Control, over one-third of adults are obese, and when you add up the number of those who are overweight too, that increases the already disturbing number to nearly three-quarters of adults in the U.S.


If you’re tempted to turn to some kind of pill to curb your appetite, that can come with some very serious consequences that far outweigh any benefit that you might get from losing weight, including everything from addiction and relationship issues to anxiety, stroke, severe headaches and heart problems.

While that all sounds rather disheartening, the good news is that there are natural ways to stop overeating, so you can maintain an ideal weight, or lose those pounds you’re struggling with.

While diet pills are always a bad idea, there are natural appetite suppressants that come in the form of foods that can help you curb cravings without the side effects. Use more spices when cooking up your meals, as many not only contain antioxidants but can boost your metabolism and encourage your body to burn fat, while curbing your appetite at the same time. That includes red pepper, according to a study published in the 1999 British Journal of Nutrition.  Study participants who included red pepper at breakfast were less likely to desire snacks before lunch, while consuming red pepper as part of a snack between breakfast and lunch, led them to consume fewer calories at lunchtime. Other great spices to use liberally include black pepper, cinnamon, and ginger. Consuming more high fiber foods like fruits and vegetables, beans, legumes, chia seeds and flaxseeds, can help you feel fuller so that you’re less likely to overeat too.

In addition to decreasing your appetite through foods, there are some essential oils that can help decrease your appetite due to its nutrients and/or hormone regulation. That includes grapefruit essential oil, which has been extensively studied and found to be beneficial due to a number of factors, including antioxidants, volatile oils and enzymes are known to reduce the appetite, curb cravings and mildly boost energy. The oil has an effect on olfactory stimulation, which is how a smell affects the central nervous system. It’s been found in studies to positively alter appetite regulation as well as fat metabolism and autonomic nerve signaling. Some people find that its clean scent is particularly helpful for reducing sweet cravings, and uplifts the mood too, reducing emotional eating.

To use grapefruit essential oil to help curb your appetite and cravings, add a few drops to a diffuser, or blend a drop or two into a carrier oil like coconut or sweet almond oil and massage it into your skin.

If you don’t drink enough water and allow yourself to become dehydrated, you’re setting yourself up for a slower metabolism. When you wake up in the morning, you’re already dehydrated as you haven’t had any fluids for hours, and your metabolic function slows during sleep. One of the best ways to combat this is to drink water soon after waking, which will give you more energy, and your appetite won’t be as big either. Research has shown that drinking a glass of water before a meal can also help keep you from eating too much. A study in the journal Obesity found that those who drink water before each meal ultimately consumed fewer calories during those meals, and it left them feeling fuller too, as compared to those who didn’t drink water beforehand. That’s because drinking before right before eating primes receptors in the stomach to trigger fullness signals to the brain – before you take that first bite. Hydrating also helps to reduce the likelihood of overeating due to thirst.

Chronic stress affects one’s health in multiple ways, and it can also trigger overeating. While it may be easier said than done, reducing stress can be an important part of curbing your appetite as it’s one of the best ways to lower cortisol, a hormone that plays a big part in appetite as well as belly fat. Consider incorporating regular stress relief practices into your day, like practicing mindfulness, which simply means to focus on the present moment rather than dwelling on the past or worrying about the future. One way to do this is to concentrate on your breath, counting each one slowly as you inhale and exhale.

Hobbies like quilting, knitting, instrument playing, etc. can be a great way to relax and bust stress, and activities like yoga, meditation, journaling, exercise and even laughing with friends, have all been proven to help manage stress as well.

Have you ever noticed that you feel ravenous the day after you didn’t sleep very well? There’s a good reason for that, as research has shown that missing even just a one night of sleep can wreak serious havoc on the way your appetite hormones work, making you feel much hungrier the next day.

Getting quality sleep, 7 to 8 hours a night, is essential for a healthy, fast metabolism as it has a direct effect on several hormones that regulate both the appetite and stress: leptin, ghrelin, and cortisol, as numerous studies have shown. One recent study out of the University of Chicago, published in the journal SLEEP, found that those who slept just 4.5 hours for four consecutive nights consumed about 300 more calories in snacks in one sitting as compared to those who’d slept for 8.5 hours each night.

A lack of sleep leads to a higher level of ghrelin and cortisol in the bloodstream, and a lower level of leptin, which is known to suppress appetite and moderate energy levels too. It can not only cause you to burn fewer calories, but it’s likely to render you unable to control your appetite. If you’re struggling with this, try sipping chamomile tea, soaking in a warm bath and/or practicing deep breathing just before bedtime. It’s also important to power down your electronics about an hour before you plan to sleep, and make sure your bedroom is as quiet and dark as possible – you may want to wear an eye mask and/or earplugs.

When many people diet, they severely restrict calories until becoming ravenous, so they end up binging on whatever happens to be nearby, and then they start the whole cycle over again. When we restrict calories so much that we don’t get enough to function optimally, our bodies think we’re starving, so when we do eat, we often overeat, far past the point of satiety.

That’s why skipping meals, or restricting your calories too much is such is a bad idea. While you do have to cut calories to lose weight, overdoing it doesn’t work. Plus, when you skip meals, your body starts to break down muscle tissue for energy, and the less muscle you have, the lower your metabolism will be. It’s important to eat just enough so that you’re not hungry, which is typically three meals, along with a mid-morning and mid-afternoon nutritious snack. By eating every three to four hours, it will help you feel more satisfied and prevent overeating later in the day.

While many of us, even health experts, once believed that avoiding all types of fat was the best way to achieve better health and a slimmer waistline, due to extensive research, we now know that the opposite is actually true. There are certain types of fats that benefit our health, and our body needs them to function at its best. These “healthy fats,” which include monounsaturated fats and polyunsaturated fats are well-known for promoting health as well as being an important part of weight loss. They not only help you to burn fat but will increase satisfaction and help you feel fuller longer so that you’ll consume less overall. Fats are particularly satiating, signaling to the brain that we’re full, which reduces cravings and the urge to overeat.

Of course, that doesn’t mean ordering french fries at your local fast food joint, but healthy, natural sources, which include foods like olive and coconut oils, nuts, seeds, avocados and wild-caught fish. 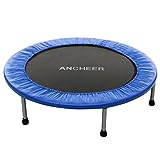 Many of us spend our days hurrying from one thing to the next. We barely have time to eat, so we rush through meals, or eat them on the go. But when we eat too quickly, the brain doesn’t have enough time to catch up with the stomach. That means, there’s a good chance you’ll eat more than you should, but won’t realize it until well after you’re done. By slowing down, you’ll give your time to process the hormone that helps tell you’re full.

Studies have also found that eating on the run is associated with overeating, including recent research published in the Journal of Health Psychology. Subjects who ate a cereal bar while walking were shown to consumed significantly more calories than those who ate while talking or watching TV. The experts believe it’s because when we’re distracted, we don’t notice how much we’re eating. They advise starting a meal by aiming to take three very slow bites first, which makes it easier to eat the rest at a more moderate pace. You may also want to eat half of your meal, and then take a five-minute break before going for the rest.

9. Exercise in the Morning

Exercise is an important part of keeping your weight down and overall health, but you may want to consider an earlier morning workout. Exercising at this time of day can help regulate your circadian rhythm, which controls many bodily functions, including how much you eat, as well as the quality of your sleep and how much energy you burn, according to a study out of Northwestern University.