A Precautionary Look At The Current ‘Flu’ Season 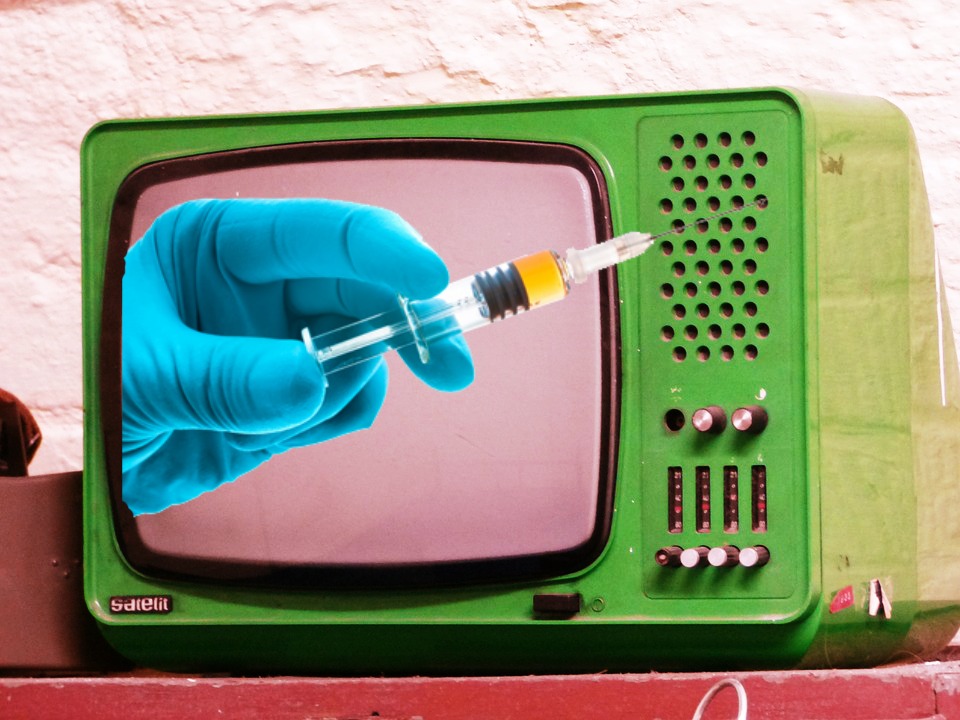 Why do we have such a virulent flu, virus or other “biological or genetically modified, Nano-particulate entity” season affecting human health thereby ginning up ‘flu’ statistics to induce fear and pandemic levels?

That’s the question I, a retired health professional and consumer health researcher since the late 1970s who still does research, have been pondering because there seems to be no “rhyme nor reason” to all this fear mongering about communicable diseases IF most of the USA population—children, in particular—are vaccinated and should have ‘efficiently functioning’ immune systems!  Something’s wrong and we are not being leveled with, in my professional opinion!


Did you know that there is another ‘viral entity’ making the rounds in January 2018 that causes flu-like symptoms but IS NOT the flu?

On January 29, 2018, NBC News reported “Adenovirus looks like flu, acts like flu, but it’s not influenza” What do you think of that news, CDC and FDA?  How about leveling with healthcare consumers!

I can see it coming: A new push to get vaccinated against the Adenovirus!  One more vaccine shot to impair the immune system further!  Or will there be numerous adenovirus vaccines?

“Unless you look for it or you suspect it’s circulating or you are using diagnostic testing capabilities that can tell it apart, you are going to miss it, especially during flu season. We are seeing severe adult infections.”

“That’s a big deal, especially for a disease that by all means is vaccine preventable. But this vaccine is not licensed to be used in civilians.”

The perfect set up for a very fast tracked new civilian vaccine, especially for infants, toddlers and teens?  However, there’s a huge problem:  There are 52 strains of adenovirus and probably more if any have been genetically modified or ‘weaponized’.

However, the military has an adenovirus vaccine.  What the reader must realize is that the military has a ‘proprietary interest’ in vaccines and figuratively is “in bed” with the CIA, CDC and FDA from what I gather doing research!

Adenovirus is not the killer that influenza is. Influenza kills between 12,000 and 50,000 people a year in the United States alone, and puts up to 700,000 in the hospital. A cocktail of other viruses, from coronaviruses to rhinoviruses, also cause seasonal misery. [CJF emphasis]

What healthcare consumers need to understand is that there are numerous unknown viruses within vaccines given to everyone!  I discuss them and the ones that have been identified after vaccines went into the marketplace in my book Vaccination Voodoo, What YOU Don’t Know About Vaccines, available on Amazon.com.

However, I have to question where do they get such unbelievable statistics to cite?  Is it part of fearmongering, when the CDC has reports online that seemingly differ and seriously have to make us not only wonder—but question—their data and how they propagandize it?

Note the number of 2017-2018 Pediatric (Children’s) Deaths Reported as 37!  The deaths are defined as from influenza, but not combined with pneumonia as they are for adults!  Is there some sort of statistical chicanery going on for specific reason(s)?  Furthermore, January’s data are not reported either.

Then there’s this chart from the CDC for Pneumonia and Influenza Mortality January 6, 2018 to January 25, 2018.  Why doesn’t CDC provide separate charts and data: one for Pneumonia and one for Influenza mortality?  Wouldn’t that be more definitive, or would it not give them the fear factor clout they need about getting pneumonia and flu vaccines?  Just a question to ponder!

Personally, I think there needs to be more transparency in CDC/FDA’s statistical and data reporting.  What one learns in statistics is that liars figure but figures don’t lie!

Recently, I’ve heard of senior citizens who received both the pneumococcal and flu vaccines for the current 2017-18 season, and they have come down with horrible—life-threatening—cases of pneumonia and/or flu!  Interesting?  Why should that be, if they have been avid believers in flu vaccines and have taken them every season; shouldn’t they have a flu-resistant immune system?

Would you like to know my professional opinion as to why their immune systems fail them?

First and foremost: their immune systems have been castrated by all the toxic chemicals [1] injected into them annually.  Their immune systems are overloaded with toxins—and if not detoxified—the slightest assault, either a flu bug or other infective biological/viral ‘bug’ they happen to encounter, will take them down and they will react more seriously because their immune systems do not have the innate ability to protect them and fight back!  Their immune systems depend on what’s called “adaptive immunity” [2] or an “antigen response” to ‘create vaccine-induced immunity and titers’ [3, 4] targeting only the disease organisms that have been injected rather than having a healthy functioning innate immune system that will deal with all offensive ‘bugs’.

Third: the American public, in my opinion, literally are ‘pushovers’ for high-tech propaganda, but more damaging, I think, their believing if products are sold, they are safe and studied properly for health and environmental impacts!  If you believe that, then I have a bridge from the Moon to Mars; who wants to buy it?

[3] https://www.accesalabs.com/titer-test  Titer Test Lab Near You

This article (A Precautionary Look At The Current ‘Flu’ Season) appeared first on NaturalBlaze.com. It can be reshared with proper link attribution back to the homesite and author credit, with all links and bio intact.