The Brabo family ran a farm that was in the family for over a century. After letting grass grow on it for 15 years, they decided to turn it into an organic farm and CSA when they couldn’t afford organic food for themselves. The father/husband, Mike, had recovered from thyroid cancer and Whole Foods’ produce was just too expensive. Without much organic in the area, the couple decided to be the community’s providers with a Community Supported Agriculture.

They did not go through USDA organic certification but chose Certified Naturally Grown (CNG) as their certifier. “Their standards meet or exceed the USDA’s,” Mike said. “CNG has a much greater emphasis on sustainability with planting areas that bring in wildlife and beneficial insects.”


They grew  lettuce, spinach, beets, kale, broccoli, cauliflower, asparagus, peppers, squash, and tomatoes and up 60 types of produce on their 24-acre land. Their sales increased by 10% annually. But all that changed in the nightmarish scenario that happened last year…

That is until this year. In June, a conventional farmer neighbor sprayed his soybean field with herbicides. Wind blew the herbicides over the Brabos’ land.

This happened despite Mike having signs that say “Organic Farm, No Spray” signs and registering his farm with DriftWatch, a communication tool that enables farmers and pesticide applicators to work together to protect specialty crops using mapping programs.

The damage from the herbicide drift was total. “We found damage across our farm, which is 500 yards wide, including on the far north side of the property,” Mike says. 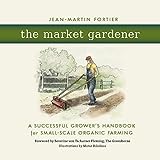 Tests revealed that the herbicides responsible for the damage were glufosinate, clethodim, and metolachlor.

Their Certified Naturally Grown certification was suspended, and the Brabos must essentially start over to remove the herbicide contamination from their farm. It will take three years at an estimated cost of $1.6 million to remediate the damage and regain CNG certification. According to Mike, they will have to plant cover crops and replenish the soil with beneficial bacteria and mycorrhizal fungi.

“Worst case scenario is we lose the farm”

The family contemplated selling the vegetables as “conventional” but it rubbed their conscience the wrong way since they know what chemicals their produce was contaminated with and since Mike had cancer himself.

GMO Myths and Truths: A Citizen’s Guide to the Evidence on the Safety and Efficacy of Genetically Modified Crops and Foods, 3rd Edition

As a cancer survivor I’m not going to be complicit in putting something in the food supply that could make someone sick.

We aren’t sure what we are going to do. The worst case scenario is we lose the family farm.

The Brabos are now out of business for three years. Although this drift wasn’t the dicamba drifts that we’ve been reporting on, this scenario goes to show how easily herbicide drift can affect neighboring land.

All they can do is try to reach a settlement with their neighbor’s insurance company and bide their time.

This article (Organic CSA Faces Ruin After Herbicide Drift Destroys the Family Farm) appeared first at Natural Blaze. It can be reshared with attribution but MUST include link to homepage, bio, intact links and this message.