Always eager (and often amused) to see the other side of the story, I found a Forbes review of the new documentary Died Suddenly. It’s written by a man (at least, I assume so, hard to know these days) named Bruce Lee who describes himself as a  “digital health expert” (that’s someone who creates tech for big medicine).

Lee sums the film up as “a mish-mosh of clips, audio bytes, interviews, and other things often taken completely out of context and cooked together like a gigantic conspiracy theory frittata.”

Clever simile, but otherwise the article was lacking in any real criticism.

Lee claims, for example, that “you can’t really tell the identities of many of the people featured in the film since there is relatively little use of captions.” I don’t know which film he was watching. There was an abundance of captions and credits in Died Suddenly. If I remember correctly, only two embalmers had kept their identities hidden (because, I assume, they were concerned they, or their business, may also die suddenly for speaking out).

One rare piece of valid criticism in the 1500-word article was that “the film shows images of people falling over who didn’t actually end up dying.”

I, too, had spotted the clip of comedian Heather McDonald collapsing on stage. She did survive the resulting cracked skull, but only because an ambulance was called and rushed her to the ER in time. Later, both she and her doctor attributed her collapse to her COVID-19 injections.

Still, yes, I agree, it was misleading to use that clip under the “died suddenly” theme. Likewise, showing a clip of NBA Keyontae Johnson collapsing (but not dying) on the court prior to the vaccine roll out does hurt the film’s credibility. 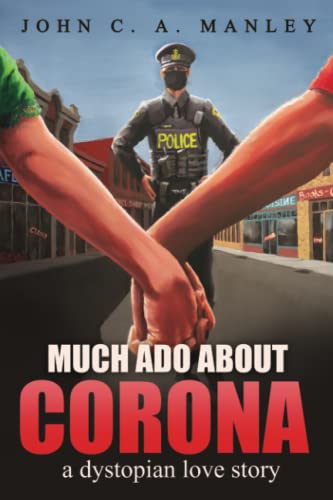 Much Ado About Corona: A Dystopian Love Story

Otherwise the Forbes article does not deny people are dying in record numbers or that these unknown massive fibrous clots are being extracted from their circulatory systems. The “digital health expert” simply argues that the fact these strange deaths have appeared in correlation with the roll-out of the vaccine is not proof of causation.

Lastly, Lee attacks producer Stew Peters for not being a “medical expert or some type of scientist.” No, Peters is a journalist. Journalists investigate. The author of the Forbes article should take note. He also says Peters is not being “nice” by suggesting that a genocidal serial killer should be hanging from a noose. Okay, so he’s not nice to psychopaths, big deal.

Lastly, I do agree with Bruce Lee that viewers of the one-hour film should not “expect to see much science suddenly.” The film presents facts and evidence (vaccinated people and their unborn babies are dying suddenly from strange clots) and presents a plausible theory (that maybe it’s the vaccine). The film, however, does not put that theory to the test or even provide analysis of the clots themselves. At one-hour and eight minutes the film appears to “end suddenly.” I assume a sequel is forthcoming.

But for an urgently needed documentary, I think Died Suddenly did a phenomenal job that should be viewed, discussed and shared with God’s speed. Because, as the funeral director suggests at the end of the film, the devil’s after us.

John C. A. Manley is the author of the full-length novel, Much Ado About Corona: Dystopian Love Story. He is currently working on the sequel, Brave New Normal, while living in Stratford Ontario, with his wife Nicole and son Jonah. You can find out more about his controversial work of fiction at MuchAdoAboutCorona.com.