Were Energy Drinks The Cause Of This Severe Head Trauma? Her claims have been controversial, but she’s just lucky her husband is alive. During a pregnancy, women often want a support group consisting of their partner, family, and friends in order to get through the difficult parts of being pregnant.


When Brianna, a young woman who did not reveal her last name, got pregnant this past year, she was initially surrounded by this same group and was confident going into her pregnancy. Then, suddenly, her whole life changed and she nearly lost the most important person in her life: her husband.

“Being pregnant is supposed to be one of the most amazing journeys you will ever embark on,” Brianna wrote in a now-deleted post on Facebook via Endres Photography‘s page. “You’re creating a new life. You are experiencing unconditional love for someone you have not even met. Austin and I were so excited to meet our little boy. To bring him home. To be a family.”

When she was already more than eight months pregnant, she awoke one morning thinking it was a day like any other. Her husband was not with her because he worked nights, often turning to energy drinks to keep himself awake.

“I still remember my mother-in-law waking me up that morning. ‘Austin had an accident’ she said,” Brianna recounted.

Austin’s family had no idea what had happened, but they knew they had to get to him as soon as possible. He was at a hospital that was 2 hours away and the family rushed there with no information about his condition. When they arrived, they learned that Austin had suffered from a brain hemorrhage, which is a type of stroke that results in localized bleeding in the brain and kills brain cells.

“The doctors concluded (after running his tox screen and ruling out drugs) that this horrible event was due to his recent excessive energy drink consumption (a habit he had built when he started working longer hours and commuting),” Brianna said. 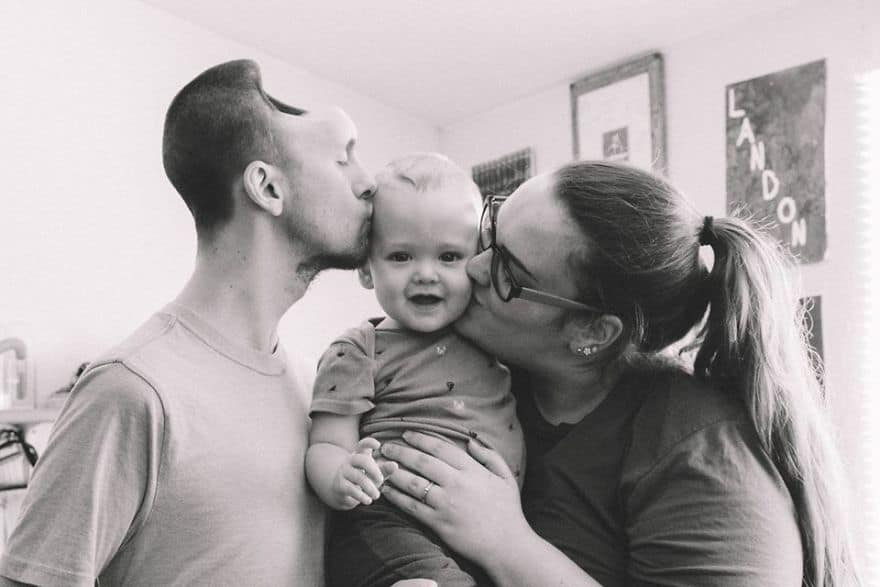 Brianna’s claims are what caused the Facebook post to be canceled, as no further evidence for the claim that energy drinks caused Austin’s brain to hemorrhage was produced nor was it confirmed that the doctor actually pointed to energy drinks as the main cause.

Energy drinks have been shown to increase blood pressure to dangerous levels, and high blood pressure can lead to hemorrhaging, but the specific link between energy drink consumption and brain hemorrhages isn’t yet supported in the medical community. Nevertheless, Austin has suffered some major consequences from his brain hemorrhage, the first of which involved missing the birth of his son.

“A beautiful miracle happened as I delivered our son. Austin woke up,” Brianna recalled.

About a week after she had given birth, and several weeks after Austin’s brain first hemorrhaged and he had undergone major surgeries as well as extreme strokes and seizures, Brianna was finally able to make it back to Austin’s hospital to see him. Despite overcoming the worst possible scenario for his condition, Brianna saw that Austin would always carry the evidence of his condition because the hemorrhage had taken the top portion of his skull. 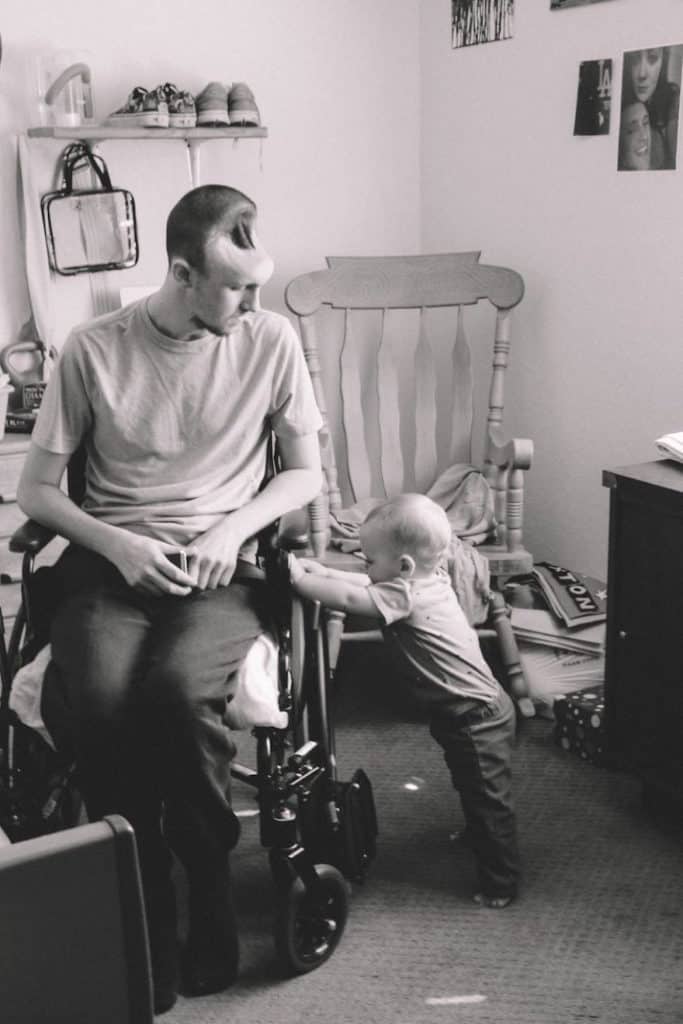 Austin’s new look was captured by Sara Endres, the photographer whose page the story was originally posted on. Brianna has said that while life isn’t normal for the family of 3 with all of the hospital visits, physical therapy, and rehabilitation, she’s so incredibly blessed that her son was able to meet his father let alone have him in his life after what Austin endured.

“He isn’t the same man I fell in love with, but I still fall further everyday, We are fighting to help him recover. To make his life better. One day we will get there. Until then, I will never give up on him. Because love is selfless, and I love him more than life itself,” Brianna said.