Sweden may be going after the home use of weedkillers containing glyphosate due to fears of its toxicity levels. Strangely, some of the country’s authorities are taking this opportunity to ban the use of a less toxic weedkiller – vinegar.

Claire Robinson of GM Watch writes that in a new report to the Swedish Government, it will only be possible for private users to use products containing low-risk substances. According to the preliminary assessment, glyphosate is “not expected to be included among the low-risk substances” which means it could be banned for home use in a few years’ time. [Note: these bans are for the home use of chemicals, and probably don’t apply to commercial ag use.]

However, acetic acid, the main ingredient in vinegar also made the list. When Robinson asked Mr. Peter Bergkvist, principal policy advisor at the Swedish Chemicals Agency (known as Kemi) why vinegar was also slated for a ban, he replied this was:

…due to the hazard properties of the substance and the fact that it has been classified as a skin corrosive in category 1A in its pure form.


I think our readers will see the obvious problem here…

But it also sounds like this is a way to equate chemistry (acetic acid) and industrial strength chemicals (toxic glyphosate) so that they will both eventually be synthesized in the public view as safe-ish.

It turns out that Scotts brand is marketing a “glyphosate-free” herbicide as a safer way to kill weeds, which has acetic acid as its active ingredient.

In her report, Robinson responds to Bergkvist:

It’s right and proper that the public should be protected against corrosive substances. But ordinary household vinegar only contains about 5% acetic acid. The Scotts product contains just 6% acetic acid. Only at levels above 10% does acetic acid present a danger of skin burns and eye injury. So unless the adjuvants in the Scotts product significantly increase the corrosive nature of the acetic acid, it doesn’t seem to be a risky product.

But there’s a crucial difference. While you wouldn’t want to get vinegar in your eyes, it has a long history of safe use in the kitchen and in the garden. And it has never been suspected of causing long-term toxicity, such as cancer or serious organ damage.

In contrast, glyphosate and Roundup have been shown in studies to impact reproductive health, to damage DNA, and to damage the liver and kidneys. Glyphosate has been classified by the World Health Organisation’s cancer agency IARC as a probable carcinogen.

Claire Robinson of GM Watch asks if Sweden’s action against acetic acid is equivalent to taking a sledgehammer to crack a nut. 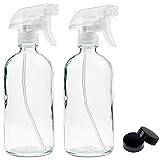 Unlike with vinegar, Roundup is sprayed indiscriminately because people think it’s safe. The users of it are lulled into thinking our regulatory agencies actually put it through human health tests. They don’t believe a dangerous carcinogen would be allowed on the market. Vinegar, however, works to kill weeds with very little contact and does not require much at all to get the job done. One can simply wear gloves if there is concern.

A ban on both glyphosate and acetic acid leaves little else to combat weeds. It sounds like a way to set up an inevitable comeback for Roundup when the weeds grow tall, should Sweden go forth with this ban.

Read more on the background of this action.