CDC Launches War on Kratom; Evidence Who Needs It? As kratom, a natural pain reliever that has also been known to assist in breaking addiction becomes more and more popular, the Police State and the Nanny State are doing their best to tag-team yet another plant and the concept of individual rights.

Demonstrating how so much “science” in modern America isn’t scientific at all, the CDC has now released a report claiming that kratom is “an emerging public health threat.”

Released on July 29th, the CDC’s report cites the National Institute of Drug Abuse and a hodgepodge of stories alleging side effects from the herb in order to make its declaration. The CDC also cites one of the biggest blights of American society and notoriously corrupt panic-driven organizations known as the Drug Enforcement Administration in its own report regarding the safety of kratom.

The CDC cites a number of alleged kratom-related deaths in the United States as well as DEA hysteria to show that kratom is a becoming potentially dangerous health issue and to justify the flurry of laws dedicated to banning the substance in various states.

The NIDA alleges that kratom can cause psychosis, seizures and death.

CDC, NIDA and the DEA Panic Over a Leaf

Despite the panic of the CDC, NIDA and the DEA, the death allegedly associated with kratom is murky to say the least. Much of the reports are based upon calls to poison control centers which do not indicate side effects, dangers, safety or anything other than the fact that individuals consume the substance and became concerned enough to call the hotline.

For instance, poison control centers are often contacted by individuals who consume marijuana, a substance for which no one has ever died. In fact, a video of a police officer who had confiscated marijuana from a suspect and consumed it at home with his wife went viral after the officer called 911 for medical assistance believing that he and his wife were dead. Does this mean that marijuana now officially causes death? Does a phone call make a substance dangerous or is it the nature of the substance itself?

As for the death attributed to kratom, the individual in question was also exposed to anti-convulsion and anti-depressant medications meaning that the death could have been caused by either of the pharmaceuticals or a combination. Is the CDC now going to label Prozac as an emerging public health threat? With so much violence and suicide connected to SSRIs, the answer should clearly be yes if the CDC is going to follow its own logic and principles.

READ: Is Kratom Legal In Your State?

Of course, we will not hold our breath because when it comes to pharmaceuticals, virtually no amount of danger or death will cause the CDC, the NIDA or DEA to question them. That is, provided they were given permission by their doctor.

In addition to the obvious totalitarian nature of the these various organizations who are attempting to prevent any access to natural substances that might help with medical conditions and to act as Daddy to 300 million Americans regarding what they can put in their own bodies, the CDC’s own statement is completely based in ignorance at best. 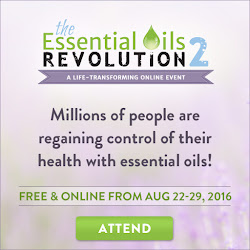 Despite the crackdown on kratom, there is actually very little study of the substance. While natural health advocates promote the benefits of the herb, and government agencies panic over the next crack epidemic, the fact is there is very little research-based evidence to say whether or not kratom is safe, effective, dangerous or placebo.

As Dr. Ed Boyer, a professor of Emergency Medicine at the University of Massachusetts Medical School, and a scientist who has studied kratom told CNN,

So, despite having virtually no evidence for its claim, the CDC is launching a “panic and ban it” campaign against kratom. We certainly hope the CDC treats those highly contagious viruses with better researching skills than it does kratom. But launching a full-scale war on an herb is not a surprising track for the CDC to take considering that the organization has become more of a political agency and a wing of Big Pharma than anything it was originally intended to be.

The fact that the CDC has been exposed covering up dangers of vaccination as well as launching deceptive media campaigns for the stated purpose of instilling fear and anxiety to push vaccines is reason enough for the American people to have lost all faith in the CDC and to look at its “evidence” as biased as best and, at worst, entirely agenda-driven propaganda.

Dr. Boyer is right when he suggests a reasonable approach to the issue meaning doing the relevant research and actually waiting until the research has been conducted before making policy decisions on the issue. But we would also suggest another reasonable approach – conduct the research, analyze the results, disseminate the information and allow adults to decide what they put into their bodies.

This article (CDC Launches War on Kratom; Evidence Who Needs It?) can be republished under a Creative Commons license with  attribution to Brandon Turbeville and Natural Blaze.com.