Agent AstorJane, directed by Christopher Nolan, is a clever foray into the Bond/Bourne film genre. Though in a slight twist, the protagonist is a woman (played by Eva Green) who is always dieting. This nuance leads to such acerbic remarks as, “I’m doubling down on killing creeps while counting carbs.” Did I mention the Coen Brothers wrote the script?

AstorJane’s backstory is quite fascinating. Developed by a private poison manufacturer called RoundUp, she, in conjunction with Federal Interests, is sent on one harrowing mission after another, usually with diet soda in hand. Now at the top of her profession, due to having the most kills, she gets the biggest missions and the most money. But all that is about to change!

RoundUp’s most deadly foe, the dreaded terrorist organization Au Naturel, is making waves and turning minds against the status quo. This fact propels our heroine to confront one of its agents (played by Bill Murray) in a perilous game of Soda Roulette. Sitting across from him in a cafe in Istanbul, AstorJane pours diet soda into two cups. She then says, “Hey, look over there!” and slips poison in his glass.


The two play distraction games for a bit, rotating the cups and smiling slyly. But then she plays the dirtiest trick of all, and doesn’t make the switch again. As the Au Naturel agent turns livid, she whispers, “That’s what you get for drinking soda with AstorJane”.  To which he responds, “You. Lousy. Tram…”, before collapsing in a heap with a big thud. 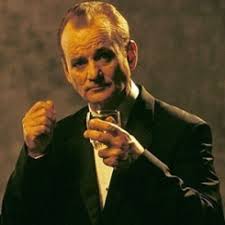 Things really heat up when AstorJane teams up with Agent Orange (Will Ferrell), in a mission to improve world water quality by purifying it with Mercury. At first, the two think they’re enemies, and fight mercilessly at a water treatment plant, till they get too close to a batch of fluoride industrial waste. Here is an excerpt from their first exchange.

Agent Orange, “Now I’ve got you! If you touch that toxic stuff, you’ll wish you’d never been born.”

AstorJane, “I already do, after looking at your ugly mug!”

Orange, “Well, let me kill you quickly then. After all, I’m waiting for another agent to show up. Hey, wait a sec. You’re not the agent I’m waiting for, are you?”

Orange, “Wow. I just haven’t been the same since they put that chip in my tukas.” 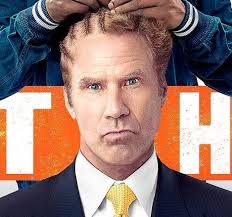 Then six dozen Au Naturel ninjas burst in and our heroes kill them with the fluoride, while describing how it’s perfectly safe once it’s placed in water. Works for me!

As it happens in Hollywood movies, due to time constraints, our heroine doubles as a Rep to the media for the wonderful new Mercury method. Looking ravishing in a strapless black evening gown, AstorJane delivers a command performance on CNN, practically throwing in the kitchen sink for affect.

“We simply must Merc the water or the Zika Virus will kill everyone”, she laments. “Do it for peace and security, progress and the Dali Lama!” “Wow”, said Anderson Cooper, “I’m tearing up”.

After that, she was given the Nobel Prize.

But an unexpected twist breaks the narrative train. AstorJane gets extremely sick after a Nobel party in which she downs a record twenty diet drinks. Waking up with ADD, seizures, and a headache like a thunderbolt, she collapses for two weeks, then goes to confront RoundUp’s founder, at his estate on the Island of Doctor Moreau. 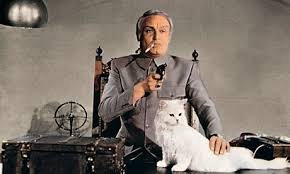 He immediately sics the dogs on her, and she escapes on horseback in a harrowing chase scene. Then, get this! AstorJane has a literal road to Damascus experience, as she’s thrown from her horse, sees a blinding light, and wakes up in a bed on an island mansion owned by Erin Brokovich. She’s presented before Au Naturel’s grand council, comprised of Dr. Smith, the Food Babe, Brokovich, and secret double agent Beyonce Knowles. Offered the chance to join, she accepts, and takes off for an ultimate battle with RoundUp’s Agent Orange.

In the films’s climax, the two agents fight it out with swords on the edge of the grand Canyon.

Orange, “Everything we do, we do it for the public!”

Orange, “Survival of the fittest, darling.”

Then with swords locked, standing eye to eye…

AstorJane, “I did love you once, but you poisoned everything. Oh well, I guess we’ll always have Paris.” (Pulls out bottle of Aspartame and sprays it in his mouth. Orange staggers and falls over the edge.)

AstorJane, “Round up the usual suspects.” 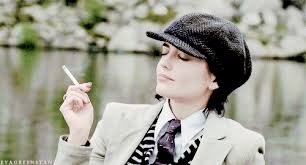 Veritas News can’t help but think the director and screen writers are trying to tell us something. In any case, minus the heady subtext and oblique references to Casablanca, Agent AstorJane is a fun film that takes you on a wild ride and along the way exposes the dangers of toxic chemicals. Four Stars.