Great humanitarian progress could be made if conventional science stopped clinging to age-old paradigms and limiting beliefs. Then, to add to these limitations, there’s the controlling imposed on scientific research and academia by science’s corporate/banker sponsors who in effect would rather see rising profits than rising outside-of-the-box humanitarian contributions threatening to seriously undercut their businesses….

Totally consistent with that well-known saying “Problems cannot be solved by the same level of mind that created them.” Science will never be able to solve a number of big burning questions or achieve certain great humanitarian breakthroughs such as finding the answer to incurable diseases if it’s still stuck on the same level of conscious mind that caused the problems related to the above limitations.

In light of this, here are 8 amazing scientific claims shunned by conventional science, suppressed in the corporate/banker owned and controlled mainstream media…

Claim 1: A non-conventional free energy source travelling faster than the speed of light can be used to transmit wireless power highly efficiently

Transmissions were highly efficient, not losing their signal strength. During transmission the ground earth carrying the signal from one station to the next had the effect of amplifying the energy – a station could transmit a million volts to 3 other stations. Each station would receive the 1 million volts for the respective neighbourhood and their use, thus giving a total power of 3 million volts transmitted!

Besides power, the energy could be used to transmit communication signals. Like power transmission, the use of no coin-in-the-slot, no plug-in-the-wall or no battery wireless radio crystal transmission was also stopped by the corporate/banker establishment in the early 20th century…

Think about the gift to humanity if these free energy Tesla technologies hadn’t been suppressed.

Claim 2: Laetrile therapy (Vitamin B17) is one of a number of natural cancer cures

For the pioneers of alternative treatment, history has shown many to have a long rocky road with more than its fair share of martyrs shedding blood over wrangles with the big boys at the top of the cancer establishment.

The establishment’s line of attack or suppression on these generally innovative and integral individuals has been legal action, harassment, ridicule and invalidation (regardless of whether it works), ignorance, superciliousness and huffiness … you have to remember that relatively cheap natural, alternative cancer treatment is perceived as a financial threat.

While it should be emphasised that there is no 100% guaranteed cure, some treatments work better than others depending upon the type of cancer. A strict diet is a major factor. While a number of alternative natural-based therapies combined can have a synergistic effect, Laetrile therapy (vitamin B17) has produced significant success rates. 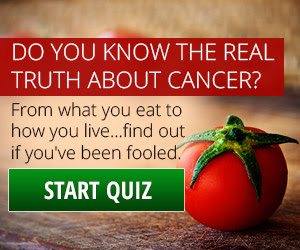 From his very convincing research, biochemist Dr Ernst Krebs claimed that cancer is a disease caused by a lack of vitamin B17 in the diet. He suggested that stress factors lead to cancer due to a lack of this vitamin.

A good source of information to back up the above statement comes from a study on the Hunzas people in the Himalayas. No incidents of cancer had been seen there until the influences of the Western world came along. They were found to have a vitamin B17-rich diet. They eat apricot kernels and other stone-based fruits, to which this vitamin is rich in:

There are many of us in the western world who do not ingest this amount…in the course of an entire year.’ – Ernst Krebs.

The pharmaceuticals tried to patent B17 and make it their property, but failed. Consequently, using bad science through the media they launched an out and out attack against the use of the vitamin and its advocates.

The proof of the effectiveness of B17 is overwhelming, coming from many sources besides Krebs. Further studies on isolated non-cancerous populations free of the Westernised diet and its high toxins have also been carried out. If you are interested in the findings and much more information on diet I highly recommend an excellent book: A World without Cancer by G. Edward Griffin, which discusses the subject in great detail.

Claim 3: From their research Garjajev, et al. discovered that humans are able to form language because of their DNA.

There couldn’t be a better example of clinging to those age-old paradigms and limiting beliefs than science’s lack of understanding of DNA.

Conventional science has discovered that our body uses about 8% of its DNA for encoding proteins involved in body construction (growth, maintenance and repair…) – the remaining percentage has been written off as ‘junk DNA.’

However, a group of researchers in Russia challenged the ‘junk DNA’ assumption: Would nature really be that wasteful? Nearly all biological structures exist for performing a particular function. So the researchers looked to see if the ‘junk DNA’ did anything and their findings were nothing short of amazing:

Furthermore, Garjajev et al. also found that besides DNA affecting language the opposite can also occur. Language influences our DNA through thought, inspirational talk, healing intention, affirmations or hypnotherapy … and it doesn’t stop there:

Words are not the only sound vibrations affecting our DNA. A number of sound frequencies reprogram our DNA such as radio waves, sound frequencies, laser light and light visualization (meditation) producing body biophotons … which in turn alters our behaviour. All could be used therapeutically by repairing our DNA through reprogramming using these vibrations.

These astounding findings suggest that human transformation exists through the affects of language, light and sound vibrational frequencies and their respective developments.

Claim 4: We live in a holographic Universe

Claims that we live in a holographic universe have been based on the research of physicists such as David Bohm and Karl Pribram. The theory embraces the idea that the material universe including our reality is an illusory holographic projection from a multidimensional source that transcends space and time. Could we be subjects in some way-advanced hi-tech computer game? Well, who really knows?

Hardened scientists have criticised the holographic theory as being populist or shallow while some have described it as paradigm-shifting, life-changing research with amazing implications and should not be dismissed.

Wi-Fi enabled applications ‘smart’ metres, 4G, laptops, mobile phones, etc. according to experienced researcher Dr Barrie Trower have been known to cause serious harm to the health of individuals and pose a threat to human existence.

Thus, Wi-Fi can make you ill and no safe level has ever been established to protect humans. Wi-Fi with their various applications has been known to cause frontal/temporal lobe brain cancer and is the highest reason for child deaths.

To protect corporate interests, governments with their paid-off mainstream media have lied telling you Wi-Fi is harmless with all the bad science used to deceive. Once again, as in other situations that have happened before like smoking, a small handful of individuals make mega-money from profits while countless others suffer.

Doctor Trower reports that UK/US female children exposed to Wi-Fi throughout schooling will be predicted to have at least a 57.7% miscarriage or stillbirth rate when they give birth in adulthood. 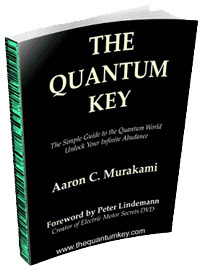 The EMFs for Wi-Fi can be shielded using a detector meter to find exactly where the source is coming from and by using radiator foil as a shield.

Buildings and artefacts from archaeological sites have revealed the existence of superior technology from the ancient past suggesting there had been advanced super-civilizations. Were these monuments created by humans perhaps from a golden age, or was it the work of off-planetary visitors?

For instance, the incredible picture below shows the stones of an ancient temple ruin in Baalbek, Lebanon. Notice how large the lower rectangular stones are compared to the two humans (centre). Some of these stones weigh around 1500 tons or more! They predate the smaller Roman square stones piled above by thousands of years. With a construction beyond the ability of modern-day engineering, this raises at least a few questions:  In ancient times with ‘primitive people’ and ‘primitive tools’ how were the stones…

a) Cut from the matrix rock?

b) Moved an estimated half-mile to the above site?

c) Laid down and stacked with such perfect shape and fitting?

Furthermore, why go through all that trouble, unless the ancients had found a way that made it a lot easier? The same questions can be asked about many other monuments such as those making up the ancient city of Tiahuanaco in the Bolivian Andes dated 1100 BC. Some 100-ton stones can be seen in the great monoliths. Then there’s this. The above is a 42-meter, 1200-ton unfinished ancient obelisk found at Aswan, Egypt.

By far, the largest obelisk ever found. Its creators began making it directly from the bedrock, but the project was abandoned possibly due to detected flaws; cracks in the granite….

Could the method that made the building of these megalithic monuments a lot easier involve levitating the heavy stones using sound technology? There have been a number of claims that this was the case.

There have been further claims that sound technology was involved in cutting and drilling the stones.

New paradigm approaches in research have helped bridge the gap between science and spirituality using studies on human consciousness.

Essentially, conventional scientists have been stuck on only wanting to study reality in terms of materialism in the hope that it will one day explain everything. Besides William Tiller, there have been a number of other alternative scientists who have experienced the backlash related to the rejections on the idea that consciousness and conscious intention can affect an outcome.

Claim 8: The pyramids such as Giza harnessed energy from the Earth’s core and were free energy power sources.

This suggests that the pyramids as free energy sources allowed civilizations to flourish….

For more on this please go here

That concludes just a few amazing claims shunned by conventional science, ignored, suppressed or sometimes ridiculed in corporate/banker-owned-and-controlled mainstream media. I hope that it has inspired you to make further inquiries into these fascinating subjects.

Just consider how the world could be a far better place if these greed-driven tiny minority corporate/banker individuals relinquished their unrelenting grip on humanity and science was more open to exploration of the alternative view.