Can a fungus increase your cancer risk? 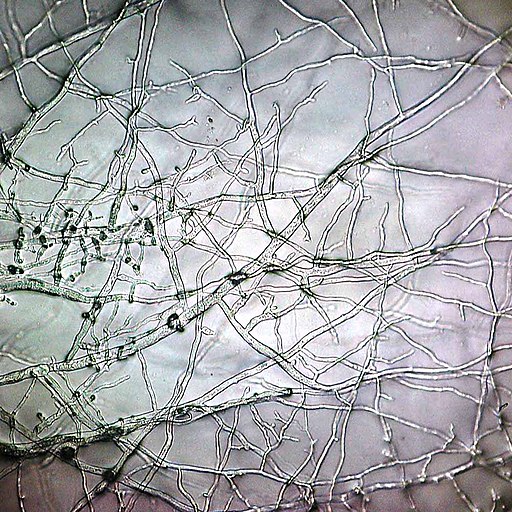 Many people are familiar with black mold and certain fungi, but did you know that being exposed to them can have serious side effects – including cancer? What’s more, these fungi could be lurking in some common, everyday places that may surprise you.

But, now, let’s focus on the concept of mycotoxins and how these poisons can increase your risk of cancer. Mycotoxins are substances produced through the metabolic processes of certain micro fungi. According to the U.S. National Center for Biotechnology Information, the most common forms of mycotoxins relevant to humans and animals are: aflatoxin, citrinin, ergot akaloids, fumonisins, ochratoxin A, patulin, trichothecenes, and zearalenone (ZEA).

Mycotoxins, in general, can be quite harmful and even fatal to humans and animals. In fact, a few – such as aflatoxin – are classified as carcinogens. The following is some basic information you need to know to keep yourself and your family safe from modern mold toxins and the many health risks associated with them, including diseases like breast cancer.

Mycotoxins: They are in the food supply

Paleo diet enthusiasts and the gluten-free crowd are well aware of the need to limit their consumption of grains for overall health. There is another reason to think twice before you reach for that muffin or bowl of tortilla chips, however. Some experts say that as much as 50% of the food supply in some areas of the world could be contaminated with highly-acidic mycotoxins, especially aflatoxin from cereals and other grains.

Over thirty years ago, mycotoxin contamination connected to Zearalenone, a mold toxin that produces mycoestrogens (a form of xenoestrogen) was found to effect the development of young female pigs on a grain-based diet. Symptoms included elevated estrogen levels, reduced libido, uterine tumors, swollen vulvas and embryonic death, among others.

The connection between toxic food and breast cancer revealed

In the famous “Jersey Girl Study,” 163 girls ages 9 and 10 in New Jersey, USA were checked for urinary mycoestrogens. In the study, they found close to eighty percent of the girls had mycoestrogens in their system – which was caused by high popcorn and beef intake.

The girls with ZEA in their system were reported to be shorter and most had not yet reached the onset of breast development. Sadly, a derivative of ZEA, Zeranol (which mimics the naturally-occurring estrogen estradiol) has been given to U.S. livestock since the 1970’s. It is currently banned in the European Union and many other countries (but not the United States).

Another little-known source of food-borne mycotoxins is coffee. A study conducted by the Swedish Institute of Toxicology found that almost 50% of the brewed commercial coffee they studied was contaminated with Ochratoxin A (OA), a deadly mycotoxin that can affect the kidneys, the immune system and the nervous system and potentially lead to DNA damage and cancer, including breast cancer.

Mycotoxins are being found inside the home

The big culprit when it comes to mycotoxins in the home is black mold (Stachybotrys chartarum). It is estimated that there are over 45 million buildings in the U.S. that contain unhealthy levels. This means that you have a 1 in 3 chance of being exposed every time you move into a new house, apartment or office.

Black mold produces trichothecenes, which favor conditions that are damp, moist, dark and hidden. Homes that have experienced flooding or other kind of water damage (like a drip under the sink) are ideal places for black mold to grow. Common areas are within walls, behind wallpaper, under carpet or inside ceiling tiles.

Inhaling black mold is the most common form of human ingestion and, unfortunately, the most dangerous. Black mold is immunosuppressive and prolonged exposure can lead to respiratory damage, neurological issues and organ damage overall. Signs that black mold may be affecting you in your home include brain fog, extreme fatigue, lethargy and joint pain.

New research has also linked black mold exposure to brain conditions and neurological diseases including depression and, some say, even Alzheimer’s disease. Mycotoxins like Stachybotrys block the brain’s signaling as they are circulated through the entire system via the blood.

The ultimate question: What can we do about mycotoxins?

Mycotoxins in grains have been around for thousands of years. In fact, “ergotism” in rye has been recognized as the cause of significant death in medieval Europe. Because molds are so prevalent in today’s grain supply, however, the best way to avoid them is to simply avoid grains altogether and choose fresh, non-starchy vegetables instead.

The threat of mycotoxins to you and your family’s health is simply a fact of life in our modern world. Educate yourself and then take steps to eliminate your exposure. When it comes to these invisible killers, avoidance is the only way to be proactive with prevention.

About the Author: Dr. Veronique Desaulniers (“Dr. V”) is a best-selling author and specialist in Chiropractic, Bio-Energetics, Meridian Stress Analysis, Homeopathy and Digital Thermography. After 30 years in active practice, she decided to “retire” and devote her time to sharing her personal, non-toxic Breast Cancer healing journey with others. Her years of experience and research have culminated in “The 7 Essentials™ “, a step-by-step coaching program that unravels the mystery of healing the body. Her website and personal healing journey have touched the lives of thousands of women around the globe. To get your F.R.E.E. 7-day mini e-course and to receive her weekly inspiring articles on the power of natural medicine – visit: BreastCancerConqueror.com