There’s a chance that a very cold winter awaits people around the globe this year. Why? Because of a firewood shortage. And this may be a problem that hits closer to home than you would think. What are the developments here? What are we seeing?

Are firewood shortages something new?

Perhaps we should start off by saying that firewood shortages aren’t necessarily a new development. We’ve seen them in the past. For example, we saw one in both 2014 and in 2021. But in the spirit of never-ending shortages, it seems as if we’re going to face one in this department this year as well.

For now, let’s start with looking at Europe.

It’s no secret that Europeans are going to have a hard time staying warm this winter. Germany essentially shot itself in the foot with their refusal to make their country energy independent. At one time, they laughed at the idea that their country’s dependence on Russian fuel was a risk to both their national security and sovereignty.

Now? Not so much.

Ever since Russia has cut off the natural gas supplies to the country, we’ve seen numerous stories trickle out about an explosion in wood-burning stove sales and firewood within Germany. Waiting times for wood-burning stoves are said to be at least a year. They now have such a bad firewood shortage problem that people have resorted to “stealing” firewood from the national forests there.

Switzerland is apparently facing the same problem, with an increase in “wood thefts” being reported as firewood shortages loom.

Markus Amhof is the forester of the Swiss canton of Zug. Of the crime of removing firewood from German forests, Amhof says, “If the wood is not available and people are freezing, the inhibition threshold drops.”

Yeah, I imagine so.

Freeze to death, or pick up some sticks off the ground?

Which would you choose?

There, Thomas Studer, the head of forestry in the canton of Leberberg, says that “We rely on a little civil courage here” to keep people from taking firewood from national forests. Of the number of reports he’s receiving of stolen firewood, he says, “We’re grateful for that. We then remove the wood from this location.”

He goes on to add, “It’s theft and therefore punishable.”

Poland is seeing similar problems, where the government has advised the people to begin to stockpile as much firewood as possible due to – yet another shortage – of coal.

Natural Blaze Recommended Book: Lights On: The Non-Technical Guide to Battery Power when the Grid Goes Down

There, Edward Siarka, the Deputy Minister of Climate and Energy, says, “Those wishing to gather wood must first undergo training and obtain permission from the local forestry unit.”

I’m not entirely clear what this training entails.

But it’s not just Europe.

Now, we’re hearing some anecdotal reports come out of the United States that seem to report similar problems. We may be witnessing the beginnings of a firewood shortage here.

At least in Vermont, we’re seeing rising firewood prices. Some of this price increase, of course, will be due to the changing of the seasons. But even firewood sellers indicate that not all of these price hikes are a result of the incoming winter.

“We are having a harder time buying the log-length wood with our suppliers this year,” said Lynn Gardner of Clifford Lumber in Hinesburg, Vermont.

He also pointed to rising fuel costs causing him to have to bump his prices up.

I’m hearing other stories from people that Maine is experiencing a hard time keeping firewood “on the shelves” as well. People everywhere are buying it up. Reports are coming in of firewood suppliers up there being sold out for the season already.

In my looks through a number of firewood sellers, I repeatedly have found that people are already sold out for the season of a number of their products (you can buy different types of wood for firewood, hence, “products”). I think that a part of this within the States may be a result of the increase in the number of people interested in taking care of themselves and being self-sufficient that we have seen ever since 2020 showed people the fragility of the supply chain system.

Rising costs of everything are likely another reason we’re seeing supply chain shortages of firewood. Why pay the electric company when you can heat your home with the trees in your backyard?

(Aside from freezing to death, what else should you do to stay alive in winter? Check out our free QUICKSTART Guide for more info.)

But the reason I say all this is to make an important point:

Who are the people who most need to buy firewood?

They’re those who can’t cut and split it themselves.

In my experience, these are typically older people. They turn to wood heat because it is cheaper, more reliable (e.g., power outages in winter), and offers a “warmer” heat that easily reaches chilled bones. 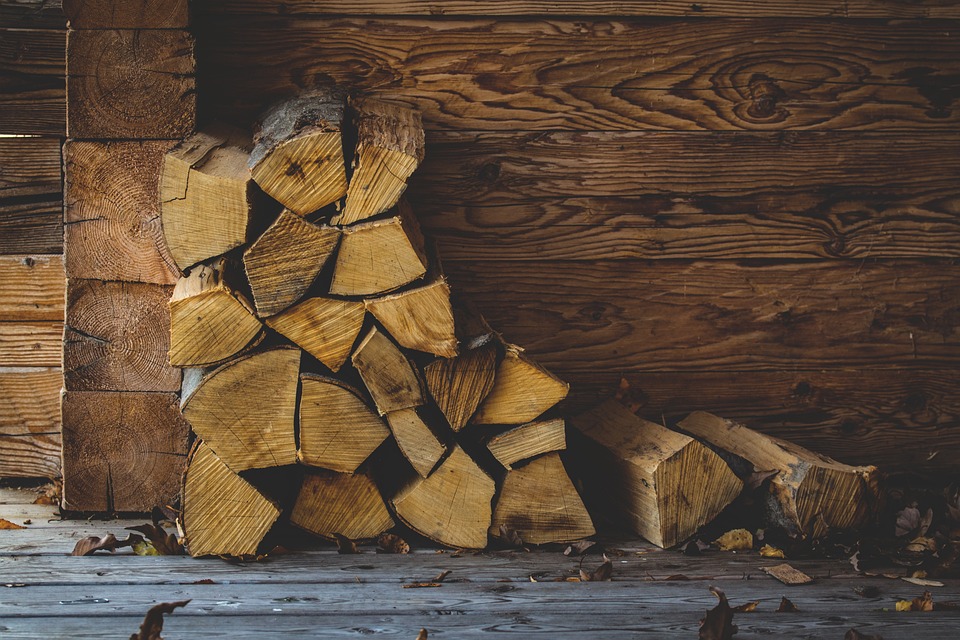 If there are older people in your family or community, do what you can to make sure that they are prepared for whatever this winter may throw America’s way. Maybe we’re in the beginnings of our own major firewood shortage already. Maybe we’re not. I don’t know for certain.

But what I do know is that it’s better to do what you can now to protect these people than it is to wait until it’s too late. Because that is what true men do. True men protect their loved ones as well as the weak. The elders in your community who desperately need to stay warm may very well need America’s men to step up to the plate.

If you have the physical capacity and can carve out the time, maybe spend a little bit of time with a maul these next few weeks. Maybe be willing to hop in the truck to help somebody else out. Maybe take the time to drive a bit out of your way to pick up a cord for somebody that wouldn’t otherwise have the ability to get it.

This is practical preparedness and a great way to build a stronger community as well.

What are your thoughts? Are you seeing firewood shortages in your area? Or is this just the same story we see every year? Fill us in on your thoughts in the comments below.