It’s a common practice in many circles to conduct a review of past, as the year turns.

In this case, as the year supposedly turns.

Looking a little bit further into the past, we can recognize how ironic and perhaps absurd it is that people around the world will watch a ball drop on television on December 31.

It is so very symbolic.

If the cost were not so great, it might not be of great consequence to have so much attention placed on dropping the ball on Dec. 31, 2021.

Our descendents, those who survive the “Great Forgetting,” will observe the activities and question how and why such disconnected “rituals,” completely severed from the practices of great wisdom cultures, predominated.

The answer is dominance.

The dropping of the ball represents the consequence of more than five centuries of exploitation that has forced and manipulated the masses to look away from nature.

First came the church; then came industry spawning the consumer culture; then came the mass tech culture and technocratic dictatorship.

In terms of planetary stewardship, and “sustainability,” as a species, we have completely dropped the ball.

The demand of this Age and these generations is not only to turn back to recognizing the order and grace of the natural world, but also to address the centuries of exploitation, now masquerading under many guises.

What Timeline Do You Toil In?

The civil calendar, which is used to coordinate the masses over time and space, allows travelers from over a distance to show up at the airport at the same time to catch a plane.

It tells us nothing about the world we inhabit.

For the purposes of coordinating activity over time, ignoring “time” as a manifestation of energy is convenient and efficient.

Ignoring nature and its energy cycles as the underlying scaffolding of our lives is taking us to the brink of extinction. And it’s taking countless species with us.

There are many societies, including indigenous cultures, that still bridge multiple timelines.

Our survival depends on increasing those numbers in favor of nature.

Given that we have been unable to live in balance on the very planet for which our DNA has co-evolved, we don’t have a snowball’s chance in hell of making it by taking the same lack of consciousness to Mars.

Let’s get it together here on earth. 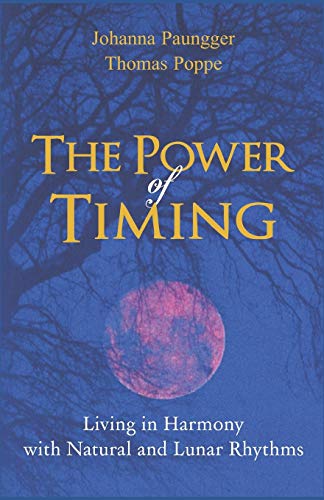 The Power of Timing

As noted by Rhythm of Nature, “It is important to understand this simple principle that the natural order of things is a collection of repetitive rhythmic processes that affect our health, physical strength and spiritual balance.”

There are groups and individuals utilizing enduring ageless wisdom concerning the earth environment in 2022. Theirs is the only true sustainable life. The disjointed, disconnected, run-away data/tech train is headed in the wrong direction.

Wisdom cultures will be observing January 2 instead of Dec. 31, understanding that the day of the new moon exhibits electromagnetic frequencies that make it an auspicious day for many activities and new beginnings, in the garden, in the home, and for health.

Wisdom cultures will observe certain activities on the new moon. They will abstain from others.

Those who recognize the connection between human health and nature will not be running to the drugstore to buy stronger antiperspirant and mouthwash on Jan. 2, because they understand that the body detoxifies at the new moon. They recognize, honor, and support the process. They don’t overtax themselves or their detoxification organs. They will not be rowing upstream against the current. It is against the law for a writer to practice medicine without a license, but not against the law to invite a reader to look carefully at the graphic to find one activity that involved much of the public this last year.

To what extent did anyone pay attention to whether a medical intervention was aligned with nature’s calendar?

Are any health care interventions in mainstream medicine aligned with the planetary energies? Is mass medicine an efficiency and profit model or a healing model?

We’ve spent the better part of a hundred years pretending that time is a commodity and not an energy.

The knowledge accumulated by the wisdom schools can help us turn the tide.

What if in addition to biodynamic gardening, we suddenly recognized biodynamic medicine? Biodynamic sustainability?

As the image above shows, wisdom keepers will avoid certain medical interventions at the new moon on Jan. 2. (image shown is in the US, look at the link for other countries)

At this point, avoidance of undesirable timing can only be managed by scheduling one’s own appointment calendar within the context of a health care system that disregards this knowledge, until the balance of the culture shifts. When the dominant culture is operating as a Dark Age, self knowledge must prevail.

Time as energy offers a rarefied opportunity for individuals within a profession to re-organize, to keep individuals out of harm’s way.

What if an ethical surgeon did not perform optional surgery when the moon was in an inauspicious sign, or during an eclipse? What if that time was set aside for continuing education, or rest, or deep cleaning, or devotion, instead of feeding the hierarchical profit machine?

How did the earlier cultures recognize that nail and hoof abnormalities were the result of timing errors? What if podiatrists and nail salons incorporated the wisdom? Would you support a business that made the leap to re-align with nature?

What Does the Chinese Year of the Water Tiger Mean? Everything

Historically, many societies understood that it was the relationship of the second new moon after the winter solstice, which is an electromagnetic marker that predictably determines many qualities of the year. The Chinese New Year is informed by nature.

The recognition of early February’s significance dates back thousands of years, and is mirrored in many cultures. It is reflected in the four cross quarters of the Celtic calendar, and in Judaism.

The Chinese, who had an extensive written language, determined that when the sun occupies the frequency that represents Feb. 4 in our civil calendar, the seeds underground turn to face the sun.

The date of the Chinese New Year, the second new moon after the solstice, moves from sometime in January to February, either before or after that significant date of Feb. 4. This relationship between the two dates matters. It offers the predictive intelligence of pattern recognition.

Mass Cultures Out of Time

The ancient Chinese seers who advised the Emperor were responsible for determining when the spring thaw would occur along the river, when to travel, when to plant, and when to breed livestock.

The advisers to the Emperor, relying on an advanced intellectual understanding and meticulous record keeping of celestial phenomenon, were threatened with death if their guidance was corrupted.

Meanwhile, here on earth, we are awash in an unrestrained, very profitable sea of lying and decision-based evidence-making. We are lying to the next seven generations.

The Year of the Tiger has significant implications for all of human endeavor, including health care, weather, and gardening.

There is a difference between using an understanding of celestial rhythms based on thousands of years of accumulated wisdom, and the illusion of looking for data and presuming to be informed by a handheld device or “smartwatch” on one’s wrist.

What we see on our devices is being altered by exploitation and control. The control paradigm seeks to keep us dependent on its offerings, and lost in the details, seeing the trees but not the forest.

In addition, the infrastructure supporting the devices is altering the very electromagnetic frequencies that sustain our lives.

As Rhythm of Nature explains, “i[ ] it is important to understand this simple principle that the natural order of things is a collection of repetitive rhythmic processes that affect our health, physical strength and spiritual balance. The mechanisms functioning in nature affects the human being, which is a part of the world. To better understand the reality around us and adapt the rhythm of working and your own life, you must possess adequate knowledge of these phenomena, which have the biggest influence on them.”

Cultures that have sustained a connection with natural law, in their gardening, farming, and health care practices, and not the COP, are preserving sustainability.

Cultures that do not recognize nature are decimating the planet, including the delusional “tech will save us” religion. In 2022, we must each choose which of these cultures we express, regardless of what is unfolding around us. In the year of the Water Tiger, this includes protecting the planet’s waters. 2022 is the Year to recover the fumble. Be on the right side of history.