October Vs. 5G: Gandhi’s “Ghost” Could Ghost The Wireless Empire With Global Boycott And Give It Back The Right Kind Of Wealth 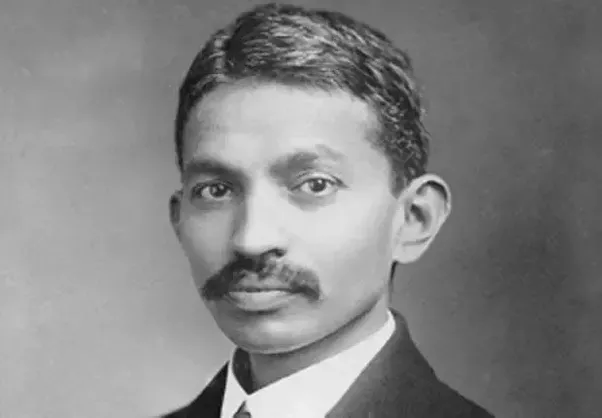 M.K. Gandhi, born on October 2nd, 1869, once said this: “There is more to life than increasing its speed.”  In this way, he belongs more to the 21st century than his own because we are now in very deep trouble, and have begun to see what happens when all we do is try to increase our speed.  Fast food: fast trash; fast travel: fast pollution; fast communications: fast DNA damage.  Everything now is at the speed of light or so we think.

Some of our salesmen in the wireless industry even try to tell us that wireless radiation is as benign as visible light. Like light, it is in the non-ionizing range on the electromagnetic spectrum.  But what they fail to tell us is that this artificial, polarized microwave radio frequency radiation is not exactly the same as visible light at all.  We are not only dealing with radiation that is a quadrillion times (1,000,000,000,000,000) the amount we were dealing with for thousands of years prior to the 1980s.  As radio frequency (RF) telecommunications keep expanding, we are dealing with artificial, ubiquitous radiation at every second of the day in virtually every cubic inch of air around the world, combined with multiple varying electromagnetic frequencies and electrical interference that cause damage not only to the smooth operation of equipment but the smooth operation of biological organisms.

The salesmen either do not know this or conveniently fail to mention the substantial body of scientific evidence; replicated international scientific studies on various types of electromagnetic radiation ranging from extremely low frequencies (ELFs) to microwave radio frequencies, and more, number in the thousands. These studies show serious health effects on humans, animals, insects, plant life and the earth’s envelope. Enough in themselves to warrant a precautionary approach, what is even more concerning is that far fewer studies are being done on the reactions between various electromagnetic frequencies (EMFs) as well as EMFs with chemical, nuclear and other environmental emissions that are all around us.  To pretend that all of these toxic pollutants exist conveniently separated from each other in the actual environment (as in a lab) is either the height of human stupidity – or the height of human negligence and cunning.

Today we have many advocates protesting the implementation of 5G – but many of these people carry their smartphones to their protests, not to mention everywhere else they go.  This means they are feeding the makers of 4 and 5G (and all future Gs) monthly when they pay their cell phone bills at the speed of light by clicking “Pay.”  Industry has made it super easy to pay for your phone.  But not super easy to pay for any damage that might occur due to continual cell phone use over time.   Oncologist, Dr. Lennart Hardell is only one among other doctors and scientists that have established tumor risk associated with mobile and cordless phones, using the established 1965 Bradford Hill criteria.  Tumor risk is only one of many other risks.

It is true that it is impossible to reach zero risk in any technology or endeavor but this need not be used as an excuse to expose millions of people to torturous, debilitating conditions or (more mercifully) even death itself.  Without any lack of good will on your part, you could cause impairment and life-long suffering, or possibly even death of your own offspring by the use of your wireless gadgets.  You are certainly not a murderer if you have not been informed, but such tragedies do happen, and understanding risks are important.  Some are lucky; others are not.  We know that safer technology is already available.  It is wise to use it, as well as to develop and protect it. For those who don’t care much about public health, there are many who do care about privacy and freedom from unwarranted surveillance and technocratic dictatorship.  When a person – or perhaps a group – suggests a boycott on wireless devices, including the cell phone that tracks you around incessantly, they are often looked upon as unrealistic fools, even by other advocates, not to mention the general population.  They are seen as weird, naïve, ineffective and powerless…just as M.K. Gandhi was when he first began his movement. He spoke of Indian independence and the overthrow of the British Empire.  He spoke of boycotts, and cottage industries, non-violent non-cooperation and salt marches to the sea. Much of it was ridiculed; all of it seemed impossible. “The British must be shaking in their boots,” one of his early followers quipped.  Others often repeated the tired, old phrase:  “Gandhi is nothing but a dreamer…”

But he knew something that they didn’t know.

He knew that “a hundred thousand English businessmen” could not keep down 350 million Indians, if those “350 million Indians refused to cooperate with the British.”  Non-violent boycott was a part of his plan.  Today, in 2021, it would also not be possible for less than a hundred thousand global business men to keep down 7.8 billion people around the globe, if those 7.8 billion people refused to cooperate.  Non-violent boycott would also be a part of the plan. Specifically: boycott of wireless devices; the letters of the alphabet now being used for written tyranny.  Their presence is so ubiquitous that we hardly even take notice.

It wasn’t that long before Gandhi, (“Mr. Loin Cloth of Absurdity Itself”) was on the march again and again, boycotting British-made clothes along with his comrades at a time when upper class Indian gentlemen wore only British clothes.  Off to the sea for Indian salt, he was followed by thousands of people, and soon had much of India boycotting the English cloth and other goods that impoverished the Indian people.  A trade “as archaic” as spinning was set up among the masses, and independent ways of making a living began to bloom.  There were of course many trials and struggles, but like Gandhi, Indians knew that India was their home and not the possession of the British.  Today, we know too that the earth is our home and not the possession of a small bunch of globalists autocratically running the rest of the world, while stripping the population of basic rights and human health. We are faced with new technologies that both track us and harm us.  We are even faced with a new digital currency in the making that seems enormous in scope; its dystopian potential is frightening to say the least.  This vast new impersonal empire seems ruthless, controlling, and as unbeatable as the alphabet on which it depends: the Wireless Empire that makes remote control of every human being possible from a distance.   It is a global tyranny that is technological, without a heart; and its goal seems to be transhuman. We see it on the horizon as a giant, mechanical beast: unstoppable.  But the British Empire once seemed unstoppable too.

And just as the sun began to set, some of the English even began to join Gandhi’s movement for independence.  Likewise, today, some of the members of the giant telecoms have begun to join the movement for safer technology.  Ex-CEO and President of Microsoft Canada, Frank Clegg, is one of them.  He is not the only one; there are many others; and there will be many more to come.

We hope you will all join us in our movement toward better health, happier lives and safer technology.  We even hope that the telecoms and utilities could rebuild it all over again, reaping once again the massive fortunes from a safer technology (that it once reaped from terrible folly).  In the final analysis, it is not so much about who is “right” and who is “wrong.”  It’s about fixing a world in need of deep repair.

“It’s not enough,” Gandhi once said, “that the British be cast out of India.  We must see them off as friends.”  Much mutual cooperation took place between India and Britain after India’s independence in 1947.  It was badly needed in a bloody, messy world, with continuing, and seemingly endless struggles.  We will need it too.  We will need it from those now in the Wireless Empire as it changes to safer modes; and the current Wireless Empire will need us too to buy their safer goods: wireless-free instead of free-wireless will become the more popular phrase as scientific knowledge and public awareness increase.  Despite the transhuman nightmare that is currently rearing its ugly head, it is important to know that it is not a vision shared by most of the world.  Most of the world is simply not yet informed.

As human beings we are more than coolies or modules of data-wealth for global landlords.  In fact we are life itself.  If 350 million Indians could kick out 100,000 businessmen in India, we 7.8 billion earthlings can kick out 100 criminal and dictatorial business men here on earth.  A few of them might even leave as friends.

“For a time in the world, tyrants can seem invincible.  But in the end, they always fall.