On March 2, Texas Governor Greg Abbott announced that he was lifting the mask mandate to open Texas. This reversal was effective March 10, rescinding most of his earlier orders. 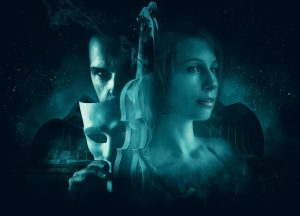 Actor and Texas native, Matthew McConaughey was quoted in a CBS This Morning interview Wednesday that he was “a little dumbfounded” by the Texas decision. Are there other celebrities waiting in the wings with a political view to share?

In fact, five states have announced rolling back mask mandates in major recalls of COVID-19 safety measures over the past month.

What may have prompted the Texas reversal?

On October 8, 2020, Randall Kelton filed a criminal complaint with the Travis County Grand Jury against Governor Greg Abbott. According to the Kelton, the governor exceeded his authority to create the orders and owes it to the rule of law to answer for it. For more on this action, please visit LogosRadioNetwork.

Ironically, people in Texas continue to wear masks as if the order still stands.

In 12 short months, fear, programming, influence, and conditioning have shown how government politics and Hollywood influence collude as Pollywood, a cartel designed to mold the free will of a captive audience through a higher power, the power of suggestion.

When an actor who lives in California weighs in on Texas politics, is it simply politics as usual? Are actors power brokers, working in partnership with government officials? Is that why many actors have been political activists for decades? Are paid actors in Congress and in Hollywood performing to dupe you at your expense? Is it why Ronald Reagan, Donald Trump, Arnold Schwarzenegger, Jesse Ventura, Clint Eastwood, Sony Bono, Al Franken, Shirley Temple, among others, so easily traded the Hollywood stage for the political stage?  Are they family? 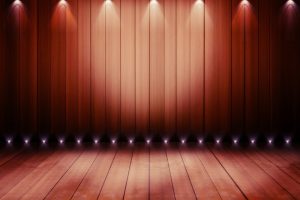 All the world is a stage… because Hollywood has has always been political.

During the 2019 Golden Globe ceremony, the cohosts introduced healthcare personnel who offered the audience free flu shots. The act was symbolic. But the message was clear. Hollywood has a platform that science, medicine, and public health do not have; numerous fans who hang on a celebrity’s every word.

Why should Hollywood celebrities care about enforcing illegal mask mandates when they, themselves, fail to follow the rules… fail to distance themselves, and fail to wear the mask?

Hollywood celebrities brazenly showcased themselves without masks during the 2021 Grammy event. Is the red carpet a Covid-free zone? Why did they also go mask-free in their “super spreader events” that followed after their self-aggrandizing ceremony? Why don’t celebrities get the hefty fines in Los Angeles that their fans are served up? Why are mandates based only on guidance under color of law?

The Color of Law shows what happens when Americans lose their natural rights of life, liberty, and the pursuit of happiness, or in the case of African-Americans, when there are those still waiting to receive them in full.” ― Carl Paulus, American Conservative

Is the Pollywood family immune from man-made laws and guidance because they see themselves above humans, as a separate race?

After all, celebrities call themselves an El-ite class. They use the green screen as the big screen, their tool to project their mantras, and they call it ‘fiction.’ In Paris, the nobility of France broadcast the separatism as ‘Parisians and Les Autres.’ Little wonder why people all over the world follow suit and separate themselves among race, gender, color, and social status.

The separation of classes happens when one group hands power over the the other, whether consciously or not, to reinforce a hierarchical power system. It is the same reason why the Queen of England goes mask-free while demanding that the Plebeians she rules wear a face covering. Power over policies. Politics over laws.

The Power of Suggestion

Self-suggestion makes you master of yourself. – Clement Stone

By an masterful design team, it is the power of suggestion that creates the American identity. Is it too late to reverse the damage done using smoke and mirrors?

If nothing else, hypocrites of Pollywood show that the premise of Covid is nothing more than a show. Does Beyoncé’s super powers allow her to wear a mask without any strings attached?

And now, with half of Americans questioning the mental and physical state of the new president, The Hill’s Sharyl Attkisson suggests, why not use a hologram? Would the American people notice if the scene of the White House is real or a hologram at any given moment? Would they care?

Attkisson did a full expose on the use of A.I. propaganda called “deep fake” showing how pervasive such high tech has infiltrated everyday life. Was a green screen used for a recent presidential press conference posted by Bloomberg News?

Optical illusion or faked? Where is the President if not at the White House during green screen appearances? What does that say about Bloomberg News?

Under the law, the”news” is created to  propagandize the people, and sanctioned by congress under The Smith-Mundt Modernization Act of 2012.

Appearances can be deceiving.

Unmasking Pollywood shows that politics is performance art, an Act in this Brave New Reality that we have all created through our mutual participation. The truth has been uncloaked and revealed on many levels. Now it is time to call out the ruse and throw out the bad actors.