By the World Mercury Project team

Stories about vaccines in the popular press tend to be unabashedly one-sided, generally portraying vaccination as a universal (and essential) “good” with virtually no down side. This unscientific bias is particularly apparent in news reports about measles, which often are little more than hysterical diatribes against the unvaccinated.

Although public health authorities have made a case for measles eradication since the early 1980s, 50-plus years of mass measles vaccination and high levels of vaccine coverage have not managed to stop wild and vaccine-strain measles virus from circulating. Routine measles vaccination also has had some worrisome consequences. Perhaps the most significant of these is the shifting of measles risks to age groups formerly protected by natural immunity. Specifically, modern-day occurrences of measles have come to display a “bimodal” pattern in which “the two most affected populations are infants aged less than 1 year and adults older than 20 years”—the very population groups in whom measles complications can be the most clinically severe. As one group of researchers has stated, “The common knowledge indicating that measles [as well as mumps and rubella] are considered as benign diseases dates back to the pre-vaccine area and is not valid anymore.”

Back when measles was no big deal – how can the media get away calling it “deadly” when more ppl have died from the vaccine in the last 20 yrs than the natural disease. https://t.co/vmxH1zAD8G

Before the introduction of measles vaccines in the 1960s, nearly all children contracted measles before adolescence, and parents and physicians accepted measles as a “more or less inevitable part of childhood.” In industrialized countries, measles morbidity and mortality already were low and declining, and many experts questioned whether a vaccine was even needed or would be used.

Measles outbreaks in the pre-vaccine era also exhibited “variable lethality”; in specific populations living in close quarters (such as military recruits and residents of crowded refugee camps), measles mortality could be high, but even so, “mortality rates differed more than 10-fold across camps/districts, even though conditions were similar.” For decades both prior to and following the introduction of measles vaccination, those working in public health understood that poor nutrition and compromised health status were key contributors to measles-related mortality, with measles deaths occurring primarily “in individuals below established height and weight norms.” A study of measles mortality in war-torn Bangladesh in the 1970s found that most of the children who died were born either in the two years preceding or during a major famine.

Moms who get measles vaccines instead of experiencing the actual illness have less immunity to offer their babies, resulting in a ‘susceptibility gap’…

Super Immunity: The Essential Nutrition Guide for Boosting Your Body's Defenses to Live Longer, Stronger, and Disease Free (Eat for Life)
Price: $8.40
You Save: $8.59 (51%)

Before the initiation of mass vaccination programs for measles, mothers who had measles as children protected their infants through the transfer of maternal antibodies. However, naturally acquired immunity and vaccine-induced immunity are qualitatively different. Moms who get measles vaccines instead of experiencing the actual illness have less immunity to offer their babies, resulting in a “susceptibility gap” between early infancy and the first ostensibly protective measles-mumps-rubella (MMR) vaccine at 12 to 15 months of age.

A Luxembourg-based study published in 2000 confirmed the susceptibility gap in an interesting way. The researchers compared serum samples from European adolescents who had been vaccinated around 18 months of age to serum samples from Nigerian mothers who had not been vaccinated but had experienced natural measles infection at a young age. They then looked at the capacity of the antibodies detected in the serum to “neutralize” various wild-type measles virus strains. The researchers found that the sera from mothers with natural measles immunity substantially outperformed the sera from the vaccinated teens: only two of 20 strains of virus “resisted neutralization” in the Nigerian mothers’ group, but 10 of 20 viral strains resisted neutralization in the vaccination group. This complex analysis led the authors to posit greater measles vulnerability in infants born to vaccinated mothers.

The Luxembourg researchers also noted that in the Nigerian setting, where widespread vaccination took hold far later than in Europe, the mothers in question had had “multiple contacts with endemic wild-type viruses” and that these repeat contacts had served an important booster function. One of the authors later conducted a study that examined this booster effect more closely. That study found that re-exposure to wild-type measles resulted in “a significantly prolonged antibody boost in comparison to [boosting through] revaccination.” Taking note of expanding vaccine coverage around the world and reduced circulation of wild-type measles virus, the researchers concluded in a third study that “many vaccinees may eventually become susceptible to vaccine-modified measles…and consequently complicate measles control strategies.” 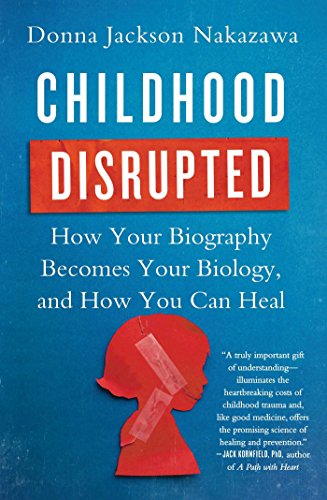 Childhood Disrupted: How Your Biography Becomes Your Biology, and How You Can Heal
Price: $12.99

With the disappearance of maternally endowed protection, what has happened to measles incidence in infants? A review of 53 European studies (2001–2011) focusing on the burden of measles in those “too young to be immunized” found that as many as 83% of measles cases in some studies and under 1% in other studies were in young infants.

At the same time, the predictions of an increased percentage of measles cases in older teens and adults have also come true. Reporting on a higher “death-to-case ratio” in the over-15 group in 1975 (not many years after widespread adoption of measles vaccination in the U.S.), a Centers for Disease Control and Prevention (CDC) researcher wrote that the higher ratio could be “indicative of a greater risk of complications from measles, exposing the unprotected adult to the potential of substantial morbidity.”

In recent measles outbreaks in Europe and the U.S., large proportions of cases are in individuals aged 15 or older:

Pre-vaccination, most residents of industrialized countries accepted measles as a normal and even trivial childhood experience. Many people, including clinicians, also understood the interaction between measles and nutrition, and, in particular, the links between vitamin A deficiency and measles: “Measles in a child is more likely to exacerbate any existing nutritional deficiency, and children who are already deficient in vitamin A are at much greater risk of dying from measles.” Instead of inching the age of initial measles vaccination down to ever-younger ages, as is increasingly being proposed, there could be greater value in supporting children’s nutrition and building overall health—through practicalinterventions that “improve[e]…existing dietaries through the inclusion of relatively inexpensive foods that are locally available and well within the reach of the poor.”

Ironically, while acute childhood infections such as measles protect against cancer, the rise of chronicchildhood illnesses (disproportionately observed in vaccinated children) is linked to elevated cancer risks.

There are many other tradeoffs of measles vaccination that remain largely unexplored, including the important role of fever-inducing infectious childhood diseases in reducing subsequent cancer risks. Ironically, while acute childhood infections such as measles protect against cancer, the rise of chronic childhood illnesses (disproportionately observed in vaccinated children) is linked to elevated cancer risks. These tradeoffs—along with the dangerous loss of infant access to protective maternal antibodies and the higher rates of measles illness and complications in older teens and adults—suggest that measles vaccination deserves renewed scrutiny.