Apparently, it’s not enough to terrify and slaughter animals in congested factory farms. I thought it was crazy that cows are literally being hooked up to the Internet of Things! Yes, cows’ bodies are going online. But no, let’s run sheep through the same medical exams as humans, including what’s one of the most terrifying procedures – a CT scan. (There’s an analogy hiding in here, somewhere!)

In CAFOs (concentrated animal feeding operations) animals can barely breathe – yet they always seem to know when judgement day cometh. In the U.S., industrial-scale farms kill chickens in some of the most gruesome, torturous ways possible. And yet, there is something eerily undignified about farmers in the UK going such lengths to produce the finest breeds.

Researchers at the Agriculture and Horticulture Development Board (AHDB) and Scotland’s Rural College have been testing whether CT scanners can determine which animals will produce the best meat.

The method causes no harm to the rams, and measures the fat and muscle content so that only individuals with the healthiest genes will be chosen for future breeding.


Kirsty McLean, manager of the college’s CT Scanning Unit, said: “The CT machines are accurate enough to measure everything from spine length, to eye muscle area, to intramuscular fat levels – all of which is taken into account when working out how to produce the best-tasting meat.

“We’re then able to provide breeders with Estimated Breeding Values for these traits to help choose the best rams, and ultimately the best in quality for the product that ends up on your plate.”

But there is one point above that is flatly wrong. CT scans do cause harm. They are not harmless to humans and give them adventurous doses of radiation. The medical community has even come forth in recent years to caution parents against sending their children through CT scans any time the child bumps his head. So what kind of harm is it doing to a sheep that is relatively smaller than a human? And then one has to wonder if the equipment is truly cleaned off for human use afterward? 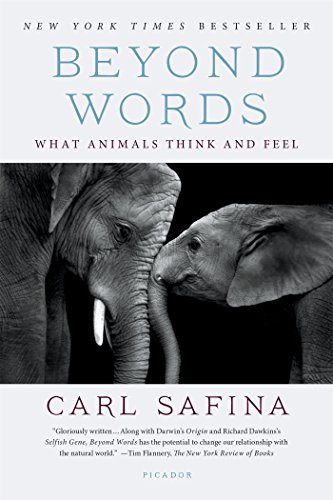 Beyond Words: What Animals Think and Feel
Price: $20.00

The article attempts to rationalize such actions by pointing out that there are already video imaging applications used to “detect and quantify carcass composition and meat distribution.” And then saying that “AHDB has also developed robots to pick vegetables and microchipping slugs to track their trails.”

It further quotes the head of animal breeding and product quality at the AHDB as calling it a “sustainable” action. A term that is rendered so meaningless that Big Agri can just say it every third word to make what they want to do sound benevolent.

The rest of the story reads like a plug for the AHDB which was established in 2008 to help the meat, dairy, cereals, oilseeds and potato industry with their tech. It has vague references to innovation, helping people, tech, science, etc…

All of this deflects from one major point….

They are now running sheep into CT scanners!

This article (Farmers Are Now Strapping Sheep Into CT Scanners to Check for Best Breeds) appeared first at Natural Blaze. It can be reshared with attribution but MUST include link to homepage, bio, intact links and this message.