Student suicide clusters are occurring globally and we seem to be heading to various peak events i.e. 10 students commit suicide in Bristol University (UK) in an 18 month period and 5 students from the University of York in a six month period in 2016. It is clear from both historical and current incidents that no-one, whether psychologist, psychiatrist, counsellor, politician or university chancellor, has a clue why these events are occurring and, more importantly, what to do about them.

Since publishing my last  article here: (https://www.naturalblaze.com/2018/05/student-suicide-clusters-microwave-radiation.html) I have received several emails detailing other suicide clusters from around the world as well as a link from Martin Weatherall of www.weepinitiative.org,  containing a series of articles detailing fairly recent peer review scientific studies on the association between depression, anxiety and EMFs (electromagnetic frequencies). Based on a cursory look at the abstracts of some of these studies, it confirms an ongoing association or trend between exposure to microwave radiation and resultant adverse psychological effects.

I argue within this essay that daily and consistent exposure to both weak and high signal level intensities of microwave radiation results in adverse biological and psychological effects. Within university campus environments, the sources of microwave radiation arise predominantly from WIFI use, smartphone use and various security, student identity protocols, such library book security etc. Frequencies emitted from these devices adversely affect ‘critical groups’ within campus boundaries. These critical groups include (a) electro-hyper-sensitives (EHS), (b) individuals suffering from depression and (c) those taking antidepressant drugs. I also base these assumptions of adverse psychological effects on the many scientific studies carried out over the past 15 years on loss of cognitive function, brain impairment, immune suppression and psychological effects noted by many researchers from all over the world. If anyone is interested in these studies, please go to

Not all countries record all data related to these events and due to the mobility of students and other young people, what is recorded is probably an understatement in what is actually going on. For example, the UK only provides partial data because it is only available for England and Wales and excludes Scotland, whilst in Canada, it is difficult to get any data at all on suicides. There is also no mention of the subsequent health of students who graduate, which means that no one is tracking graduate health data when they leave university. The following figure (below) gives year on year trends for student suicides in the UK. In 2016 there were 1.76 million undergraduate students in full time education in 162 UK Higher Education institutions (1). It is against this contextual backdrop that student suicide clusters must be assessed. Nine students from Bristol University committed suicide within a 15 month period and six students from York University within a 6 month period. What about other student suicide clusters in other parts of the world?

This report from an Australian newspaper detailed the nature of these clusters: “In one cluster that was identified, 21 young people had taken their lives in a remote town in central Queensland between 2010 and 2012. Fifteen young people died by suicide in a remote northern West Australian town in the same period.” It is not possible to find out what proportion of these young people aged 15 – 24 years old were students. The report also mentioned a rise in self-harm particularly amongst females and this mirrors what occurred in the University of York in 2016. The overall trend for female suicides for the 15 – 24 year group has roughly doubled from 2005 – 2015.

Palo Alto: In 2009, six high school kids committed suicide and between 2010 – 2014 an average of 20 children and young adults killed themselves annually in Santa Clare County(3)  This county is better known as Silicon Valley where software programmers and computer manufacturers reign supreme.

Fairfax County Virginia: In 2014, seven suicides in three years at W.T. Woodson High School and two suicides within 24 hours in the fall of 2017 at Langley High School – all youngsters and by all accounts, everything to live for.

Ohio: During 2018, there were six teen suicides in 6 months in a Ohio school district(3)

All these unusual events have common themes, (a) they concern teens and young adults, (b) reported rates of self-harm have been increasing through time and effects all socio-economic classes and (c) similar methods of suicide were used within the majority of suicide clusters. 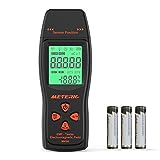 “I think I can link them all together and I think it’s a viable reason to look into. We know the suicide rates are rising. The increase in suicides does match the speed of low level microwaves. It’s happening in every country in the world, not just Bridgend.”

In 2008 he wrote a report on the effects of TETRA7) for the UK Police Federation and he said at the time “waves from the new police radio system could create “anxiety leading to suicide”. His report highlighted the symptoms of electrosensitivity which included depression, lack of concentration, personality changes and suicidal tendencies. He also said young people were particularly susceptible as their immune system was not wholly developed. Mr Trower went on to add, “It’s the young who get it first,” he said. “The younger you are, your skull is thinner than an adult’s so the waves can go through and your immune system is not fully developed. The suicide rate is leaping up all over the place and it happens to cluster in areas.”

That report was written in 2008 by a man who worked in the UK armed forces. It is a great pity that there is so much information and data from around the world on the harmful effects on exposure from microwave radiation yet it is mothballed in various countries under the umbrella of ‘military preparedness’ or ‘national security’. I agree with Barrie Trower’s explanation for student /young people suicide clusters from around the world. If we are to fully open our eyes to what is going on, then we have to accept that (a) the majority of these suicides were not primarily caused by student depression or anxiety, but rather, the root cause of these actions lies in these young people’s exposure to microwave radiation and these frquencies triggered and/or enhanced acute feelings of anxiety and depression (b) university chancellors and mental health organisations and all the think tanks and discussion groups in the world are looking in the wrong places and worse of all, coming up with inappropriate solutions.

Where do we go from here?

It is clear that universities, schools and colleges have absolutely no idea how to tackle this problem and we are now in unchartered territory in terms of safeguarding students and their well-being. The proliferation of WIFI, smartphones, cordless phones, smart TVs etc. has led to an explosion of electro smog, which our biology has not had time to acclimatise to. As a species we have always been exposed to cosmic sources of microwave radiation and background levels of these modern day pollutants are now billions of times higher. If we allow governments, regulators and industry to do what they want we will also end up with 5G technologies, not just in universities but on the lamp posts in our streets and also in our living room.

Much of the hardware and frequencies associated with cell phone towers and WIFI are silent killers and we need to ensure that everyone is acutely aware of their hazards and dangers: the Wifi router in your living room is no different to the cell phone tower 300m away. They emit the same microwave frequencies and initiate exactly the same types of adverse biological and psychological effects. I implore the so-called ‘grown-ups’ within society to think beyond the benefits of the wireless transmission of radio signals. We now have clear evidence that they initiate cancers and should be labelled and treated as environmental poisons. At the very least, university chancellors should initiate research to determine ‘hotspots’ of microwave radiation within their buildings.

Until these issues are fully resolved and all causes rigorously investigated, the Precautionary Principle should be uppermost in the minds of those responsible for administering the health and well-being of our children in crèches, schools, high schools and universities. France initiated these measures some years back and by the end of this year (2018) all schools, colleges and crèches will be free of WIFI and cell phone microwave radiation.

We as parents have a role and duty in ensuring that our children’s educational environment should at the very least be a safe and nurturing environment. In that respect, we have to act and not wait for the government, telecoms regulators or telecoms industries to admit that they and their products are the problem – it ain’t gonna happen.

Instead, we should ask anyone providing an educational or other service to our children what they understand about the hazards and dangers in the use of microwave radiation. If we are not happy with their response we should go elsewhere and/or kick up a huge fuss. Thanks to the National Toxicology Programme study on rodents as well as another similar study recently carried out in Italy, we now have clear evidence that exposure to microwave radiation at the frequencies used by the telecoms industries initiates ‘rare’ brain tumours and heart cancers. The NTP rodent study shows that if male rats are exposed to 6 hours per day of cell phone frequencies, these frequencies will initiate rare glioblastoma brain tumours and even rarer schwannomas of the heart muscles i.e. cancer.

It may take some more time for governments and industry to discover the precise mechanisms of how exposure to microwave radiation leads to stress, anxiety and depression. That is why the Precautionary Principle must be brought in; it was designed specifically for these sorts of situations. This link provides a snapshot of data on these issues(6): http://www.emfresearch.com/emfs-depression-suicide