The World Is Rediscovering The Medical Benefits Of Psychedelic Plants This week Pennsylvania and Ohio announced plans to legalize medical marijuana, which will make them the 24th and 25th states to officially recognize its medicinal value. Because marijuana is successfully helping so many people cope with a host of ailments with few side effects, some other plant medicines are becoming popular for treating things like depression, drug addiction, PTSD and much more.

Where pharmaceuticals are failing, exotic plant-based psychedelics seem to be succeeding, sometimes in as little as a single dose. Over-stressed Westerners are flocking to retreats all over the world to rediscover these alternative treatments. The treatment ceremonies are typically conducted in comfortable, controlled settings by shaman trained in dosing levels.

But there are also secular biohackers, like best-selling author of The 4-Hour Workweek books Tim Ferris, who is currently micro-dosing psychedelics to test overall performance enhancement. In addition, Ferris is crowdfunding a Johns Hopkins study to clinically test using psychedelics to treat depression.

I am helping researchers in neuroscience and psychiatry at Johns Hopkins University School of Medicine to conduct a pilot study of psilocybin in the addressing of treatment-resistant depression.

A recent but still unpublished study at Johns Hopkins demonstrated rapid, substantial, and sustained (lasting up to six months) antidepressant and anxiolytic (anti-anxiety) effects of a single dose of psilocybin in psychologically-distressed patients with life-threatening cancer diagnoses. This is incredibly exciting. What if we could decrease or avoid altogether the known side-effects (and frequency of consumption) of current antidepressant drugs like SSRIs?

This study could help establish an alternative.

There have been many studies using synthesized psychedelics like Lysergic acid diethylamide (LSD). The most recent Imperial College London study showed LSD brain scans resemble a free and open mind similar to that of children. In the remarkable video below, a 1950’s housewife is filmed during an early LSD experiment proving it to be quite safe and pleasant.

Unfortunately, there have not been many modern studies about the potential benefits of psychedelic plants. But that seems to be changing.

Why Do Psychedelics Work?

Plant psychedelics seem to perform as a physical and spiritual detox. In fact, many of them induce vomiting and diarrhea – making them less than ideal party drugs. What’s the mechanism at work? Psychedelics appear to facilitate the rapid processing of pent-up psychological trauma. As such, when the trauma that causes anxiety, depression, PTSD or addictions is cleansed, the patient essentially feels healed.

Here are 4 Psychedelic Plants Shown to Have Healing Benefits Psilocybin is a mind-altering compound similar to LSD or DMT (Dimethyltryptamine) found in over 200 species of mushrooms. Often called magic mushrooms or peyote, these edible North American psilocybin fungi have effects including “euphoria, visual and mental hallucinations, changes in perception, a distorted sense of time, and spiritual experiences,” according to Wikipedia. 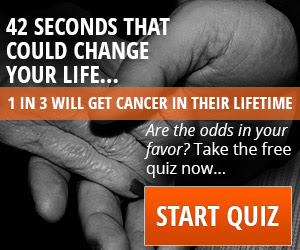 Clinically, magic mushrooms have helped people quit addictions according to Johns Hopkins. It is also shown to be an effective natural treatment for cluster headaches, depression and PTSD, and even shows signs of fighting cancer.

Below is a personal account of microdosing psilocybin mushrooms:

Despite swelling evidence that it has many potential medical uses, psilocybin remains illegal in the United States.  The US government lists magic mushrooms as a Schedule 1 controlled substance. However, courts have ruled that Native Americans are legally allowed to use peyote for religious ceremonies. Ayahuasca is fast becoming one of the most accessible hallucinogenic plant medicines. Ayahuasca is a psychedelic brew originating from indigenous people in Amazon regions of South America. A tea is made by combining dimethyltryptamine (DMT)-containing plant species. It is typically taken orally in shaman-led ceremonies.

Participants report a deep learning about themselves and the natural habitat. Many liken it to a spiritual awakening, revelations, or a cleanse.

Don Jose Campos, author of The Shaman & Ayahuasca: Journeys to Sacred Realms, claims that “people may experience profound positive life changes subsequent to consuming ayahuasca. Vomiting can follow ayahuasca ingestion; this purging is considered by many shamans and experienced users of ayahuasca to be an essential part of the experience, as it represents the release of negative energy and emotions built up over the course of one’s life.”

The psychedelic effects of ayahuasca include visual and auditory stimulation, the mixing of sensory modalities, and psychological introspection that may lead to great elation, fear, or illumination. Its purgative properties are important (known as la purga or “the purge”). The intense vomiting and occasional diarrhea it induces can clear the body of worms and other tropical parasites.

Once wild child, Lindsay Lohan, credits her sobriety and straightening out her life to a single ayahuasca experience.

Although many people have shared their incredible experiences with ayahuasca, not many clinical studies have been conducted. Yet the scientific journal Nature just announced a pilot study to test ayahuasca’s effectiveness at treating depression. Brazilian scientists also claim that ayahuasca could treat people’s cancer.

Ayahuasca is in a legal gray zone. The plants are not technically illegal but the active ingredient, DMT, is. Despite its questionable legality, ayahuasca retreats are popping up all over the world to help people detoxify their trauma.

Kratom is made from the leaves of a tropical tree in the coffee family. Its common medicinal uses are pain management and mood alteration.

Philip Smith of Stop the Drug War wrote this about kratom:

Kratom is a substance that falls on the more innocuous side of the psychoactive spectrum. It is the leaves of the kratom tree, mitragyna speciosa, which is native to Thailand and Indonesia, where the leaves have been chewed or brewed into a tea and used for therapeutic and social purposes for years. According to the online repository of psychoactive knowledge, the Vaults of Erowid, kratom acts as both a mild stimulant and a mild sedative, creates feelings of empathy and euphoria, is useful for labor, and is relatively short-acting.

Of course, any psychoactive substance has its good and its bad sides, but kratom’s downside doesn’t seem very severe. Erowid lists its negatives as including a bitter taste, dizziness and nausea at higher doses, mild depression coming down, feeling hot and sweaty, and hangovers similar to alcohol. There is no mention of potential for addiction, and while fatal overdoses are theoretically possible, especially with its methanol and alkaloid extracts, in the real world, ODing on kratom doesn’t appear to be an issue. No fatal overdoses are known to have actually occurred.

Reported medicinal uses for kratom are relief for pain, anxiety and depression and it’s being studied as a withdrawal-free treatment for addiction. It’s also said to help people overcome social anxiety.

Watch a beginner’s guide to kratom below:

Although some states are attempting to ban it, anyone can currently buy kratom online.

Iboga, or Ibogaine, is the root bark of the Iboga tree found in Africa. Usually administered by shaman, Iboga induces a trance-like psychoactive state. Iboga stimulates the central nervous system when taken in small doses and induces visions in larger doses. Users report psychological introspection and spiritual exploration while in the trance.

It is gaining a reputation as a powerful alternative treatment for drug addiction and post traumatic stress disorder (PTSD). In the video below, a veteran of the Canadian Navy explains how Ibogaine helped him conquer PTSD, depression and substance abuse.

The organization for Multidisciplinary Association for Psychedelic Studies (MAPS) is currently studying ibogaine therapies in Mexico and New Zealand. Meanwhile, healing centers and retreats are popping up all over the Western world. At this time it remains illegal under the US Federal Controlled Substances Act as a Schedule 1 drug.

Best of all, millions of people take plant-based psychedelics with very few dangerous health effects, especially when compared to pharmaceutical options currently on the market to deal with anxiety and depression. However, most psychoactive plants remain illegal in the United States and around the world.

That, too, may be changing as more establishment players acknowledge the benefits.

Steven Maxwell writes for ActivistPost.com.  You may share or repost this story in full with attribution and source link.