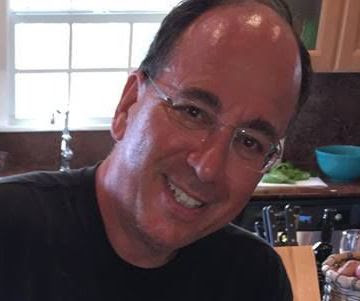 
I first wrote about Jeffrey Whiteside MD just days after he walked away (on foot with no car) from his family on Monday June 29th of this year never to be seen again.

Coincidentally that is the very same day Teresa Sievers MD was found murdered in her Florida home.

The local paper is calling the whole investigation a “mess” which I detail below. I also do a video [below] about this which I highly recommend you watch.

Today authorities announced that Jeffrey Whiteside died that very day he disappeared on June 29th and ruled it a suicide. In my article linked above they did say several weeks after his disappearance they were aware of my series and that they were looking into them, weren’t ruling them out, but did say the feds have not contacted them (Somehow methinks no matter how many die the feds won’t get involved and alas, mainstream- who would usually eat up a case like this- will barely touch it)

Then, a matter of days after they did acknowledge my stories (which again is in the article above) suddenly they found the body of Dr. Jeffrey Whiteside not far from the area which he was last seen just “vanishing” and walking away after a “disagreement” with his wife.

What is confusing to me is if they searched this tiny peninsula with tons of volunteers, bloodhounds drones and planes for weeks- why did it take so long to find him? They should have been hot on his trail. Apparently the local news agrees this whole investigation is a “mess” as they describe it.

I appreciate that so many have covered the entire unintended series of doctor stories I broke (as gently as possible) and I’ll be doing some national TV shows (that I actually trust) the next few weeks as the main expert on subject to discuss the details of these sad cases.

From the article in local news that complains about the allegedly botched investigation:

We don’t know a lot about the death of Dr. Jeffrey Whiteside, but we do know this: The lack of information coming from police has led to weeks of unnecessary speculation.

From Door County, where his family vacationed and Whiteside was last seen, to the Fox Cities, where he was a respected pulmonologist and ThedaCare board member, rumors have been flying since his June 29 disappearance.

It didn’t have to be that way.

Since the initial news of Whiteside’s disappearance was made public, the Door County Sheriff’s Department has held all information close to the vest. Too tightly, we’d argue.
It seemed from the start that this could potentially be a suicide and that the family deserved privacy. We would understand if the family asked for as few details to be released as possible.

But Sheriff’s Department representatives instead added fuel to the fire for weeks.
We all were told over and over that foul play wasn’t ruled out, which led to those who were genuinely worried about the doctor to be even more concerned. But we were also told the public wasn’t in danger.

We were told a gun was missing, and then it wasn’t.

We were told that a group of Whiteside’s colleagues were ready to search in Door County, but that the Sheriff’s Department turned them away only to allow them to search the following week.

We were told that the Ephraim area was no longer being searched, but then — three days later — a Headwaters Search and Rescue team found a body east of Ephraim.

We were told that Whiteside’s body was located and that a gun was nearby and that it had been fired once, but we weren’t told if the death was a suicide, accidental or suspicious in nature. We still don’t even know if he died from a gunshot wound.
Just this past week, we were told that standard toxicology tests came back but that the results wouldn’t be released until the investigation was complete.

It has all added up to a mess.

If the Sheriff’s Department had been upfront about what they thought happened — which we asked them to do several times a week throughout July and into August — this case wouldn’t be shrouded in mystery. People wouldn’t be having side conversations on how they thought the doctor died.

Finally after this piece was written just a few days ago, authorities finally give a reason of death. I’m getting messages from people who allegedly knew him who aren’t buying it and think it’s rather convenient they came out with this story right after the local (big) paper called them out on their mess of an investigation.

Now just a few days later they announce the death as suicide and the same local paper has this to say in their latest article:

The Grand Chute doctor was last seen June 29 leaving the Ephraim Yacht Harbor Marina following an argument with his wife, Kathi. (Editor’s note: he was on foot)
His body was found more than three weeks later on an uninhabited property in the Town of Liberty Grove, following extensive searches by the Door County Sheriff’s Department, the Wisconsin Department of Natural Resources, Headwaters Search and Rescue, local landowners and Fox Valley volunteers.

The Brown County Medical Examiner’s Office performed an autopsy on July 23 and determined that Whiteside died by suicide sometime on June 29, the sheriff’s department statement said. Alcohol and drugs were not factors in his death. The medical examiner’s office completed its report on Aug. 14.

The Door County Sheriff’s Department waited until the medical examiner’s office finished its investigation to release the cause of Whiteside’s death, said Chief Deputy Pat McCarty.

A . 22-caliber handgun recovered at the scene was purchased at an Iowa sporting goods store in 1963, and is believed to have belonged to Whiteside’s father.

Sheriff’s deputies found a gun case on Whiteside’s boat with “an impression mark that matched the revolver,” and interviews with Whiteside’s siblings revealed that their father frequented the store where the gun was purchased, the statement said.

An alert sent out shortly after Whiteside was reported missing said one of his guns was missing. The sheriff’s department later said all the firearms had been accounted for.
McCarty told Post-Crescent Media the state doesn’t require people to register their firearms, and there were varying opinions among the doctor’s family members as to how many guns he owned.

“There was some confusion in regards to … how many guns and the disposition of the guns owned by Dr. Whiteside,” he said.

Law enforcement officers also recovered a cellphone at the scene of Whiteside’s death. An analyst from the Brown County Sheriff’s Department examined the cellphone’s contents, but it “was not successful,” the statement said.

The sheriff’s department obtained additional search warrants for the contents of the cell phone after Whiteside’s body was recovered, McCarty said. “I don’t know if it was due to damage or if it was the internal security system in the phone, I just know that the examination was unsuccessful,” McCarty said.

Authorities will continue to investigate the cellphone and the handgun.

McCarty praised the efforts of Headwaters Search and Rescue, the K9 Emergency Response Team (KERT) and officers at the Door County Sheriff’s Department.

“We have a great appreciation for both the Headwaters Search and Rescue K9 group and the other groups they reached out to. Without their assistance, this case may not have been resolved,” he said.

“The tireless efforts of our officers and investigators in both the search and the investigation — my hat goes off to them for the effort that they put into this case,” he added.

Whiteside, 63, was a pulmonary and critical care physician who worked in the Fox Valley for more than 30 years. He helped found Fox Valley Pulmonary Medicine and served on the ThedaCare Board of Trustees and the executive committee.

I’m no homicide detective, but the doctor of over 30 years was on foot that day and they’re saying he walked somewhere, shot himself dead that very day, obviously not very far away, and it took three weeks to find the body with the countless searches I’ve posted about previously on a tiny peninsula?

The peninsula is small and super narrow. I would think the area were obvious to search. I agree with local papers who say the investigation and way it was handled does look like a mess. A complete and utter mess.

Again good to know they acknowledged publicly to the press that they were aware of my series of articles I broke (he’d been missing for weeks at this point) But then they wait many weeks after that to announce cause of death as the papers say was wrong? The local papers think this was unnecessary and just caused further speculation.

My heart goes out to the friends family and patients of Dr. Whiteside and I think everyone can all agree we’ll never know the whole story or all the details and facts of what really happened that day (if he even died that same day).

[Please explore our other articles on the topic]

Erin Elizabeth is a long time “health nut” with a passion for the healing arts for nearly 25 years. Founder of Health Nut News, where this article first appeared. She is an author, public speaker, and advocate for healthy living. You can get Erin’s book here for free and also watch a short documentary on how she overcame vax injuries, Lyme disease, a significant weight gain, and more. Follow Erin on Facebook, Twitter, and Instagram