People living or working near active natural gas wells may be exposed to certain pollutants at higher levels than the Environmental Protection Agency considers safe for lifetime exposure, according to scientists from Oregon State University and the University of Cincinnati.

The researchers found that hydraulic fracturing – a technique for releasing natural gas from below-ground rock formations – emits pollutants known as PAHs (polycyclic aromatic hydrocarbons), including some that are linked with increased risk of cancer and respiratory ailments.

“Air pollution from fracking operations may pose an under-recognized health hazard to people living near them,” said the study’s coauthor Kim Anderson, an environmental chemist with OSU’s College of Agricultural Sciences.

The study, which appears in the journal Environmental Science & Technology‘s online edition, is part of a larger project co-led by the University of Cincinnati’s Erin Haynes, OSU’s Anderson, her graduate student Blair Paulik and Laurel Kincl, director of OSU’s Environmental Health Science Center.

Anderson and her colleagues collected air samples from sites near active natural gas wells in Carroll County, Ohio, over a three-week period last February. Carroll County sits on top of the Utica formation, a deep oil- and gas-rich reef of subterranean shale. The rural county is a hotspot of natural gas prospecting, with more than one active well site per square mile.

The study got its start when a group of citizens approached Haynes, who is a public health expert, wanting to know more about health risks from natural gas extraction.

Haynes got in touch with Anderson and Kincl, and together they designed the study to include citizen participation. They placed air samplers on the properties of 23 volunteers living or working at sites ranging from right next to a gas well to a little more than three miles away. 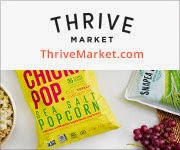 The samplers are aluminum T-shaped boxes containing specially treated polyethylene ribbons that absorb contaminants in a similar manner to biological cells. Volunteers were trained in proper handling of samplers and documenting of data.

After the study period, the volunteers packaged the samplers in airtight bags, labeled them and mailed them back to Anderson’s lab at OSU.

The samplers picked up high levels of PAHs across the study area. Levels were highest closest to the wells and decreased by about 30 percent with distance.

Even the lowest levels – detected on sites more than a mile away from a well – were higher than previous researchers had found in downtown Chicago and near a Belgian oil refinery. They were about 10 times higher than in a rural Michigan area with no natural gas wells.

By looking at the ratios of individual PAHs detected by the samplers, Anderson and her team were able to discern whether they came directly from the earth – a “petrogenic” source – or from “pyrogenic” sources like the burning of fossil fuels. The proportion of petrogenic PAHs in the mix was highest nearer the wells and decreased with distance.

The team also accounted for the influences of wood smoke and vehicle exhaust, common sources of airborne pyrogenic PAHs. Wood smoke was consistent across the sampling area, supporting the conclusion that the gas wells were contributing to the higher PAH levels.

The researchers then used a standard calculation to determine the additional cancer risk posed by airborne contaminants over a range of scenarios. For the worst-case scenario (exposure 24 hours a day over 25 years), they found that a person anywhere in the study area would be exposed at a risk level exceeding the threshold of what the EPA deems acceptable.

The highest-risk areas were those nearest the wells, Anderson said. Areas more than a mile away posed about 30 percent less risk.

Anderson cautioned that these numbers are worst-case estimates and can’t predict the risk to any particular individual. “Actual risk would depend heavily on exposure time, exposure frequency and proximity to a natural gas well,” she said.

“We made these calculations to put our findings in context with other, similar risk assessments and to compare the levels we found with the EPA’s acceptable risk level.”

The study has other caveats, Anderson said, the main one being the small number of non-random samples used. In addition, findings aren’t necessarily applicable to other gas-producing areas, because PAH emissions are influenced by extraction techniques and by underlying geology.