Is This Fruit Extract 10,000 Times Better Than Chemo? 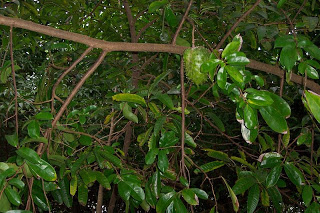 Over a quarter of a century ago, a study was performed on the seeds of the Soursop fruit, also known as graviola, which at that time demonstrated such amazing cancer-fighting potential, that those exposed to it within the conventional medical community looked upon it with complete incredulity.

Published in the Journal of Natural Products in 1996, Compound 1, one of five extracted from the seed of the graviola fruit, was found to be “selectively cytotoxic to colon adenocarcinoma cells (HT-29) in which it was 10,000 times the potency of adriamycin.” [emphasis added]

Adriamycin is the trade name for the chemoagent doxorubucin and is known by the nickname “red devil,” because of both its deep red color and terrible side effects, which include life-threatening, even fatal damage to the cardiovascular system. This abject lack of “selective cytotoxicity” — the ability to kill only the cancer cells and not healthy ones — is what makes Adriamycin so dangerous. And yet, it has been a first-line treatment for a wide range of cancers for almost half a century.

Since the 1996 study, little research on graviola was performed. There was a cell study in 1999 which showed it had anti-prostate cancer and breast cancer activity; another 2002 cell study showed that graviola exhibited anti-hepatoma (liver cancer) activity, but nothing as promising as the original 1996 study ever followed.

Then, in 2011, the journal Nutrition and Cancer revealed highly promising research on graviola and breast cancer. Researchers found that graviola fruit extract (GFE) suppressed so-called oncogene (or cancer-causing gene) expression in the cell and animal models of breast cancer. The oncogene known as epidermal growth factor receptor (EGFR) is commonly over-expressed in breast cancer, and therefore an ideal target for therapy.

According to the researchers

These data showed that dietary GFE induced significant growth inhibition of MDA-MB-468 cells in vitro and in vivo through a mechanism involving the EGFR/ERK signaling pathway, suggesting that GFE may have a protective effect for women against EGFR-overexpressing BC [breast cancer]. [emphasis added]

Given these findings the time may be ripe for reconsideration of graviola in the prevention and/or treatment of cancers, such as colon and breast cancer.