The Dog and Cat Meat Trade in South Korea South Korea is the only country in the world that breeds dogs specifically for the meat trade.

Once, my friends’ husband here in the UK was showing a South Korean business contact a photograph of their gorgeous German Shepherd. Instead of the usual ‘oh what a beautiful dog’ he expected, the Korean business man said ‘Mmmmm he looks tasty.’

Whereas it is often said that eating dogs is the domain of the elderly Koreans, this example show that it is more complicated and not so easy to define.

To satisfy the tastes of Koreans who choose to eat dog, there are millions of dogs living in horrendous conditions, here are some of the statistics:

To get a sense of the size of this, 3 million dogs is equivalent to the combined population of Manchester and Sheffield. With a population of 52 million people in South Korea, there is one dog living in horrendous conditions in a dog meat farm for every 17 people.

Culturally, where people live in houses rather than high-rise blocks, it is usual for people to have a pet dog and a meat dog. The pet dog gets to live in the home and the meat dog lives outside, often in a solitary situation.

In the summer the South Koreans have a festival called Boknal. But, people eat Dogs all the time in Korea, there are many dog meat restaurants in South Korea, businessmen and locals can be seen eating dog ‘alfresco’ chatting easily as they eat.

Boknal is a specific festival that takes place in the summer and many people and dog meat farmers breed dogs for that specific time. The popular Dog Meat dishes on the menu are:

Dishes that dogs are turned into

Koreans have eaten dogs for centuries and the national dishes made from dogs include:

What kind of dogs are eaten?

Many breeds are used in this horrific trade and we in the UK recognise our beloved pet dogs in the list, including:

When I was in South Korea in June and October 2017, I was told that there wasn’t a problem with cats in South Korea, but I have since found out that there is a problem. Cats are often boiled alive and then distilled down into and elixir called Cat Soju (goyangi soju).

Cats are also sometimes added to the dog meat soups because they are cheaper than dogs.

There is an explosion of small dogs as pets in South Korea and we are discovering that this situation exacerbates the Dog Meat Trade. Puppies are bought, then as they grow and become more difficult to handle/train, they are handed over to shelters that can often supply the dog meat trade.

In our experience there is a lack of understanding of the behaviours of dogs. There are few training companies in South Korea who are working to train the new owners. Whilst I was in Korea in June 2017, I ran a day of training at one of the companies and they were well informed and had good skills too. They were very interested in training using positive reinforcement.

The scale of the problem however is huge, and it requires people to be motivated to learn. Once the cute puppy has grown, large numbers of people surrender both their large and small breed pets to the dog meat farms, just handing them over to be eaten or as I have been told by rescuers in South Korea, the owners offer the small breed dogs to be fed to the larger dogs.

Small dogs do find their way into the Dog Meat Trade. They can be boiled alive to make what is believed to be a restorative elixir.

The living conditions for the dogs in the meat farms

The dogs live in unsanitary conditions. The dog meat farms are made up of makeshift structures, wire cages stacked on top of one another, or scrap wood made into cells where dogs live the whole of their lives.

They are filthy squalid conditions which no animal should be forced to live in.

For an intelligent animal, this is a cruel existence. No exercise, no connection with people, no safety and no relief from the elements, they are hot in summer and cold in winter, no beds, blankets, or coats.

Often the dogs witness the torture and death of their family members and kennel mates.

I have worked with rescued dogs in South Korea and many of them are skittish and fearful of people, something that is not natural to the way dogs have evolved to live alongside people. 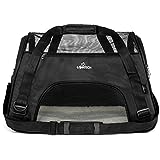 The Festival of Boknal (also known as Sambok)

Boknal takes place over a month and within that month, here are three important dates.

Samgyetang is ginseng soup made with chicken, but often the chicken is substituted with Dog Meat or Koreans chose instead to eat boshintang.

The methods of killing dogs for consumption in Korea include, electrocution, hanging, boiling dogs alive, blow torching and therefore burning them to death.

In a country that has fast become a world leader in the development and manufacture of technology, the method of death for these dogs is brutal, dirty, prolonged and painful.

As you think about the way in which these animals are killed, bear in mind some statistics. Statistically, 166 dogs are killed for every new Kia car sold in the UK. So, when you next see a Kia on the road next perhaps you can think about that statistic. It is shocking and it  they amount to 18000 units sold per year.

There are some good people in South Korea who are doing what they can to rescue the dogs and get them across to the UK, US and Canada.

Some of these people work as individual activists, affiliated or networked with larger organisations.

There are international animal welfare and rescue organisations that work in South Korea too.

It is a big problem. We need your assistance in helping us to look after the dogs that have been rescued. They need to find great homes that will love them. We also need to end this barbaric trade, legally and lawfully.

Please get in touch with me if you want to find out how you can help.

In 2017 Louise Trevatt made two trips to South Korea to rehabilitate dogs rescued from the Dog Meat Trade. She adopted one of them and Ron arrived a few months ago. As a frightened little dog who didn’t want to be touched Louise describes it as being like having a car without a steering wheel. After 4 months, he’s making terrific progress, loves his walks and is learning fast.

In addition to running Simply Changing, her Coaching and NLP training company, she worked hard to find homes for 40 of the dogs in the US, Canada and UK. All of this was possible with the terrific support of amazing people including Viv Thompson and Sally Varnham, Caroline Anthony, Lisa and Denise Mottram, Kay Harland and Donna Williams.

Having rescued her dogs, cats and a horse, Louise is a firm believer that animals can teach people so much about themselves. She describes herself as an ‘enthusiastic amateur’ when it comes to animal training.

This article, The Dog and Cat Meat Trade in South Korea, appeared first at Natural Blaze contributed with express permission from the author.