Uranium Water Contamination in US Far More Prevalent than Believed A new investigation looks into the extent to which U.S. water supplies are contaminated with uranium.

ProPublica has come out with an investigation entitled “The Cold War Legacy Lurking in U.S. Groundwater.” After World War II, the Cold War started between the U.S.S.R. and the U.S. because the rich needed to stop the damn Communists from pushing their furry hats on everyone! There was a feverish need to build loads of nuclear weapons. To do that, the U.S. needed uranium, and its ruling class didn’t care how they got it.

More than 50 uranium mines popped up across the Western U.S. But they didn’t just turn our weapons radioactive. They also “dumped radioactive and toxic waste into rivers like the Cheyenne in South Dakota and the Animas in Colorado. … Some of the more than 250 million tons of toxic and radioactive detritus… scattered into nearby communities, some spilled into streams and some leaked into aquifers.”

Luckily for the U.S. government at the time, most of the people having their lives destroyed by radioactive detritus were either Native Americans, poor, or both. And as we know well, none of those groups matter to the ruling class – not then and not now. They don’t care about anybody who doesn’t have enough money to have, at minimum, one backup tax haven for when their first tax haven floods due to climate change.

Providing clean water is the most basic responsibility of a government. The U.S. government – the richest in the world – can’t do that, which puts this country at the level of a failed state.

And this is nothing new. The U.S. government – which is a wholly-owned subsidiary of corporate America – has a long history of polluting its own people’s drinking water. 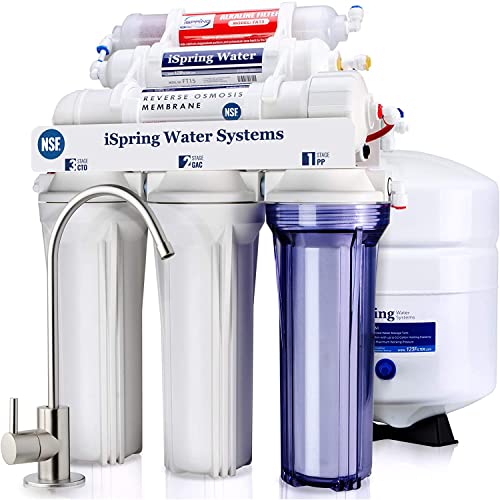 Of course, everyone knows about the lead-tainted water of Flint, Michigan. But did you know that in 2016, excessive lead levels were found in almost 2,000 water systems across all 50 states?

This year, shocking levels of lead were found in Chicago’s tap water. But of course, it goes far beyond lead.

Also this year, as reported by ABC News, “A lawsuit alleged the Navy ‘harbored toxic secrets’ after jet fuel leaked from a storage facility in Red Hill, Hawaii operated by the Navy, contaminating locals’ drinking water and sickening hundreds of families.”

A nine-month investigation by The Guardian last year “sampled tap water across the U.S. – and found arsenic, lead and toxic chemicals.”

Then there was that time a few years ago when people were complaining that their tap water was flammable because of hydro-fracking in the area. A peer-reviewed scientific study later proved this point by linking flammable drinking water to fracking. Which begs the question – what are they putting in the water that makes it set fire? Well, we don’t really know because of something called the Halliburton Loophole.

“This loophole amended the Safe Drinking Water Act — a major tool the EPA uses to keep our drinking water clean — to provide an exemption for the fluids used in hydraulic fracturing (or fracking). As a result, the EPA does not have the legal authority to regulate fracking fluids,” reported Matt Davis for The Big Think in 2019

Basically, Dick Cheney put his secret sauce in a lot of the country’s water supply, and now that water is spicy hot.

Watch the full report above.

Lee Camp is an American stand-up comedian, writer, actor and activist. Camp is the host of Behind The Headlines’ new series: The Most Censored News With Lee Camp. He is a former comedy writer for the Onion and the Huffington Post and has been a touring stand-up comic for 20 years.