A chemical used in the production of toilet paper, as well as additional “forever chemicals,” have been discovered in the bodies of orcas (killer whales) near Western Canada. Even worse, researchers from the University of British Columbia say the chemicals have been detected in an endangered variety of the species — southern resident killer whales.

Scientists reached these conclusions by examining tissue samples taken from six southern resident killer whales and six Bigg’s whales stranded along the coast of British Columbia between 2006 and 2018. The research team included scientists from The Institute for the Ocean and Fisheries at UBC, British Columbia Ministry of Agriculture and Food, and Fisheries and Oceans Canada. That analysis produced the discovery that chemical pollutants are indeed present in killer whales. More specifically, a chemical usually found in toilet paper was one of the most common among the whale samples — accounting for 46 percent of all identified pollutants.

The compound, 4-nonylphenol (4NP), is a toxic substance according to Canadian officials, and is known to interact with the nervous system and even impact cognitive function.

“This research is a wake-up call. Southern residents are an endangered population and it could be that contaminants are contributing to their population decline. We can’t wait to protect this species,” says study co-author Dr. Juan José Alava, principal investigator of the ocean pollution research unit at the Institute for the Oceans and Fisheries (IOF), in a university release.

4NP is often used in pulp and paper processing, as well as in the production of soap, detergents, and textiles. However, it can also leak into the ocean via sewage treatment plants and industrial runoff. Once it enters the sea, smaller organisms ingest it, gradually making its way up the food chain until it reaches the top predators like killer whales. Officials have declared 4NP a “contaminant of emerging concern” or CEC, which refers to any pollutants in the environment that are not well understood by humans and are thus unregulated.

“Very little is known of both the prevalence and health implications of 4NP as it has been studied in few marine mammals. This study is the first to find 4NP in killer whales,” says first author Kiah Lee, who undertook the research as an undergraduate at UBC. 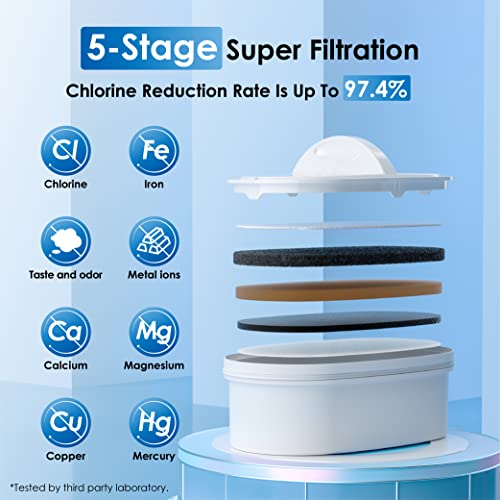 “This investigation is another example of an approach that takes into account the health of people, animals and the environment, using killer whales as a case study to better understand the potential impacts of these and other compounds to animal and ecosystem health,” adds co-author Dr. Stephen Raverty, IOF adjunct professor and veterinary pathologist with the B.C. Ministry of Agriculture and Food.

Just over half the identified pollutants belong to one group of compounds called forever chemicals. As their name implies, these chemicals persist in the environment for very long periods of time. Despite this obvious drawback, forever chemicals are still widely used in many food-packaging materials, stain and water-repellent fabrics, cookware, and fire extinguishers. Many are also listed as new Persistent Organic Pollutants (POPs), which are toxic substances released into the environment due to human activities. POPs affect the health of both humans and animals, and many are banned in Canada.

The most common pollutant in this group found by researchers was 7:3-fluorotelomer carboxylic acid (7:3 FTCA). While there are currently no restrictions on the production or use of 7:3 FTCA, one of its potential parent chemicals is on a list of toxic substances proposed to be recognized as new POPs by the European Chemical Agency under an international agreement, the Stockholm Convention on POPs.

“This compound has not been found in B.C. before and it was found in killer whales, which are top predators. That means the contaminants are making their way through the food system,” Dr. Alava adds.

Governments can help protect the southern residents, as well as additional marine life, by halting production of the chemicals of concern, including 4NP and emerging POPs like 7:3 FTCA. Identifying and addressing potential sources of marine pollution in B.C. and Canada will be another important step.

“It’s not just killer whales that are being affected,” Dr. Alava concludes. “We are mammals, we eat Pacific salmon as well, so we need to think about how this could affect our health as well as other seafood that we consume.”

The study is published in Environmental Science & Technology.

Photo by Dianne Maddox from Pexels

John has been writing professionally for over 8 years. When he isn’t writing about the latest scientific studies, you can find him working on his first horror novel.