On Star Trek, the replicator recycles matter to create anything you could possibly desire out of thin air — from a delicious steak dinner to a simple glass of water. Now, scientists are turning science fiction into reality! A team in Switzerland has created a device that can harvest water from thin air.

“To realize a sustainable society, we need ways to store renewable energy as chemicals that can be used as fuels and feedstocks in industry. Solar energy is the most abundant form of renewable energy, and we are striving to develop economically-competitive ways to produce solar fuels,” says principal investigator Professor Kevin Sivula of the Swiss Federal Institute of Technology in Lausanne in a media release.

The device takes inspiration from nature

The international team say they were inspired by leaves. They convert sunlight into energy using carbon dioxide from the air. In nature, a plant transforms the molecules into sugars and starches which it stores — a process called photosynthesis. 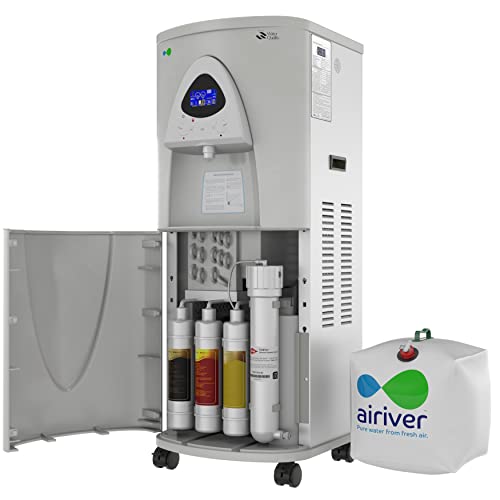 The prototype device acts like an artificial leaf. It has a semi-conductor and electrodes that are porous – maximizing contact with humidity. A transparent coating boosts exposure to sunlight, taking water from the air and turning it into solar fuel. Instead of building traditional opaque layers, the substrate is a 3-D mesh of felted glass fibers.

“Developing our prototype device was challenging since transparent gas-diffusion electrodes have not been previously demonstrated, and we had to develop new procedures for each step. However, since each step is relatively simple and scalable, I think that our approach will open new horizons for a wide range of applications starting from gas diffusion substrates for solar-driven hydrogen production,” says Marina Caretti, lead author of the work. The prototype acts like an artificial leaf. It has a semi-conductor and electrodes that are porous – maximising contact with humidity. (Credit: Kevin Sivula / EPFL)

How does the technology work?

The researchers began with a type of glass wool, which is essentially quartz or silicon oxide fibers. They processed it into felt by fusing them together at high temperature.

The wafer is coated with a transparent thin film of fluorine-doped tin oxide, known for its excellent conductivity, robustness, and ease to scale-up. It is ideal for letting light particles — or photons — pass through. The team further smothered the wafer with a thin-film of sunlight-absorbing semi-conductor materials.

It still lets light through but appears opaque due to the large surface area of the porous substrate. The device can already produce hydrogen fuel once exposed to sunlight. The scientists went on to build a small chamber containing the coated wafer, as well as a membrane for separating the produced hydrogen gas for measurement.

When their chamber is exposed to sunlight under humid conditions, hydrogen fuel is produced, achieving the scientists’ goal. Study authors add their work shows that the concept of a transparent gas-diffusion electrode for solar-powered hydrogen gas production is achievable right now.

The project, named “Sun-to-X,” is dedicated to advancing the technology and is described in the journal Advanced Materials.