Vitamin D is essential for building and protecting the bones and muscles in your body. While you don’t have to chug a gallon of milk every day, researchers say getting the nutrient into your diet is vital. A recent study by Brazilian scientists found that a vitamin D deficiency can lead to a massive 78 percent drop in muscle strength.

While vitamin D is commonly known for making strong bones and muscles, it has widespread health benefits. It regulates the amount of calcium and phosphorus that the body absorbs and keeps your brain and immune system in optimal shape.

Along with food, vitamin D comes from sunlight, but only when a good portion of your skin is exposed to it.

“It’s necessary to explain to people that they risk losing muscle strength if they don’t get enough vitamin D. They need to expose themselves to the sun, eat food rich in vitamin D or take a supplement, and do resistance training exercises to maintain muscle strength,” says Tiago da Silva Alexandre, a professor of gerontology at University College London, in a media release.

Muscles and bones rely on each other

In the current study, the researchers suggest vitamin D supplements could be especially helpful for older adults with an increased risk of dynapenia. This age-related condition is a loss of muscle strength that increases the risk for physical disability later in life. People with dynapenia are more likely to fall, need hospitalization, and die prematurely.

To study vitamin D’s effects on muscle strength, the team recruited 2,205 non-dynapenic individuals 50 years and older for four years. The cohort was enrolled in 2002 and then underwent 15 years of follow-up.

“Vitamin D is known to participate in various functions of the organism. Actually, it’s a hormone and its many roles include helping to repair muscles and releasing calcium for muscle contraction kinetics. It was therefore expected to cause muscle alterations of some kind. That’s exactly what our study proved,” Alexandre explains. 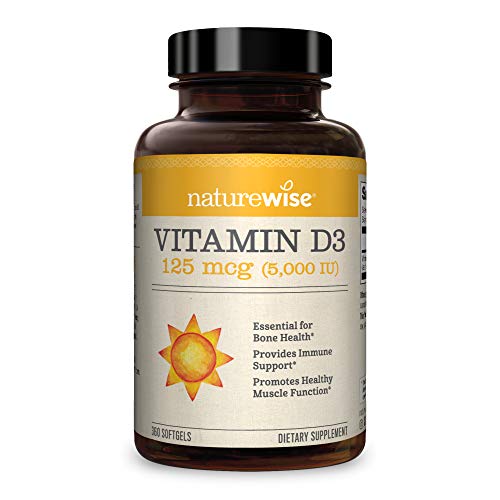 Bone and muscle tissue are not just physically connected, but also biochemically. With this in mind, endocrine disorders that manifest from a vitamin D deficiency could lead to a reduction in bone mineral density and eventual loss of muscle mass, strength, and function.

“This is itself an important finding as it shows that vitamin D deficiency heightens the risk of muscle weakness by 70%. However, because we knew there are many worldwide cases of people with osteoporosis who take vitamin supplements, we needed to try to measure the effectiveness of vitamin D supplementation,” says study first author Maicon Luís Bicigo Delinocente.

When excluding people with conditions that reduce their vitamin D levels such as osteoporosis, they found the risk for muscle loss rose to 78 percent.

“Another conclusion to be derived from the results of the study is that it’s important to take vitamin D if you have a deficiency or insufficiency,” Alexandre says. “The study analyzed data for people who live in the UK. There are many more days of sunlight per year in Brazil, and yet we’re known to have a high incidence of vitamin D deficiency and insufficiency, especially among older people. Indeed, this is the case worldwide.”

The study is published in Calcified Tissue International and Musculoskeletal Research.