Constant stress can make your eyesight worse over time, reports a recent mouse study. The new research finds that repeated stress ages cells in the eyes, causing them to die off sooner.

All cells age, and the ones in your eye are no exception. But the mass aging and death of retinal ganglion cells in the eye are a major risk factor for glaucoma. With people living longer, current estimates of aging populations suggest the number of people with glaucoma will increase to over 110 million by 2040.

Stress, such as intraocular pressure elevation in the eye, forces retinal tissue to go through epigenetic and transcriptional changes similar to those from natural aging. In young retinal tissue, the study authors showed that repeated stress forced the eye tissue to accelerate its aging process. The findings could open up new avenues to target and preserve cellular function in people with glaucoma.

“Our work emphasizes the importance of early diagnosis and prevention as well as age-specific management of age-related diseases, including glaucoma,” says study author Dorota Skowronska-Krawczyk, an assistant professor of Phsiology & Biophysics and Ophthalmology and the faculty of the Center for Translational Vision Research at the University of California, Irvine School of Medicine, in a statement.. “The epigenetic changes we observed suggest that changes on the chromatin level are acquired in an accumulative way, following several instances of stress. This provides us with a window of opportunity for the prevention of vision loss, if and when the disease is recognized early.”

Intraocular pressure in the eye has a circadian rhythm that oscillates between 12-21 mmHg range in healthy individuals. It is highest in nearly two-thirds of individuals at night. Because there is a wide range in intraocular pressure, a single measurement is not enough to predict disease progression in people with glaucoma. Long-term fluctuations to intraocular pressure is considered a strong predictor for glaucoma progression. The study findings takes this prediction one step further. They suggest it’s not only fluctuations but the impact of repetitive and mild fluctuations that accelerates aging of retinal tissue. 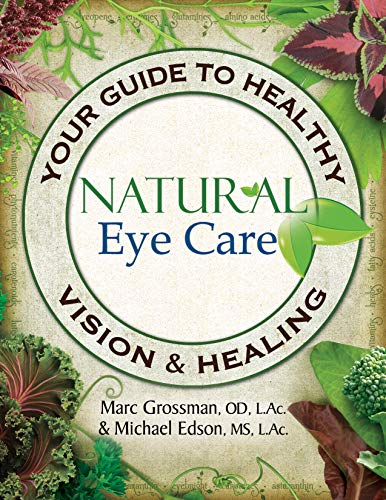 Natural Eye Care: Your Guide to Healthy Vision and Healing

“Our work shows that even moderate hydrostatic [intraocular pressure] elevation results in retinal ganglion cell loss and corresponding visual defects when performed on aged animals,” explains Skowronska-Krawczyk. “We are continuing to work to understand the mechanism of accumulative changes in aging in order to find potential targets for therapeutics. We are also testing different approaches to prevent the accelerated aging process resulting from stress.”

The research work was not possible without a new tool that measures age based on methylation changes in the DNA of tissues. The epigenetic clocks will help with measuring stress and future vision loss by estimating the age of retinal tissue.

The study is published in the journal Aging Cell.

Photo by David Travis on Unsplash