Need Exercise Motivation? A Healthy Balance of Gut Microbes Could be the Answer Need exercise motivation? It turns out keeping fit really is a gut instinct, according to a new study.

Researchers found that certain microbes in the gut can boost the motivation to work out. The team in Pennsylvania explained that some species of gut-dwelling bacteria activate nerves to promote the desire to get physically active.

The study in mice, led by researchers at the Perelman School of Medicine at the University of Pennsylvania, reveals that the “gut-to-brain pathway” explains why some bacteria boosts our performance in the gym.

Study authors discovered that differences in running performance displayed a connection to the presence of certain gut bacterial species, especially among higher-performing mice. The researchers traced the effect to small molecules called metabolites that the bacteria produce. These metabolites stimulate sensory nerves in the gut, enhancing their activity in the brain region which controls motivation during exercise.

“If we can confirm the presence of a similar pathway in humans, it could offer an effective way to boost people’s levels of exercise to improve public health generally,” says study senior author Christoph Thaiss, PhD, an assistant professor of Microbiology at Penn Medicine, in a media release.

2 microbes may be key to exercise motivation

The team conducted a broad search for factors that determine performance during physical activity. They recorded the genome sequences, gut bacterial species, bloodstream metabolites, and other data from genetically diverse mice. Researchers then measured the amount of voluntary wheel running the animals did on a daily basis, as well as their endurance during these sessions.

The Penn Medicine team then analyzed the data using machine learning techniques, looking for traits in each mouse that could explain their sizeable differences in running performance. 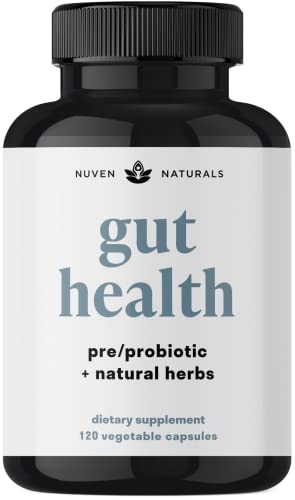 Results surprisingly revealed that genetics appear to account for only a small portion of the performance differences. Meanwhile, whereas differences in gut bacterial populations appeared to be “substantially” more important.

The team discovered that giving mice broad-spectrum antibiotics to get rid of their healthy gut bacteria cut their running performance in half. Eventually, the team also found that two bacterial species appear to have a strong connection to better performance, Eubacterium rectale and Coprococcus eutactus. They produce metabolites known as fatty acid amides (FAAs).

Coprococcus eutactus stimulates receptors called CB1 endocannabinoid receptors on gut-embedded sensory nerves, which connect to the brain through the spine. The stimulation of the CB1 receptor-covered nerves causes an increase in levels of the neurotransmitter dopamine during exercise. This takes place in a brain region called the ventral striatum.

The researchers explain that the striatum is a “critical node” in the brain’s reward and motivation network. Study authors conclude that the extra dopamine in this region during exercise boosts performance by reinforcing a person’s desire to work out.

“This gut-to-brain motivation pathway might have evolved to connect nutrient availability and the state of the gut bacterial population to the readiness to engage in prolonged physical activity,” says study co-author, J. Nicholas Betley, PhD, an associate professor of Biology at the University of Pennsylvania’s School of Arts and Sciences. “This line of research could develop into a whole new branch of exercise physiology.”

Researchers say their findings, published in the journal Nature, open up many new avenues of scientific investigation. They are now planning further studies to confirm the existence of the gut-to-brain pathway in humans. The researchers believe exploration of the pathway might also yield easier ways to modify motivation and mood in areas such as addiction and depression.