Why not add pomegranate to your healthy habits to gain benefits from protecting your brain to increasing your immunity and lowering inflammation in your body?

Pomegranate is considered a superfood and the best way to benefit from this low in calories, but packed with fiber, vitamins and minerals, nutrition is to cut the pomegranate in half and eat the fresh pink seeds — known as arils — inside the whole fruit.[i] Researchers have found pomegranate to have neuroprotective, antioxidant, anti-inflammatory and antibacterial healing properties that are highly beneficial to your health.[ii]

All patients receiving GranaGard reported a ”positive” effect in their activities of daily life while using the product and had stronger verbal learning test results during the period of treatment. Three cognitive function scores were significantly improved in the three months of GranaGard treatment compared to the placebo treatment.

For the patients receiving GranaGard in the initial three months, verbal learning remained high also at the following three months (while they received placebo), suggesting a longer lasting effect after discontinuation of the treatment. Thus, pomegranate shows the ability to protect the brain — both improvement and stabilization in cognitive decline for MS patients.[iii]

In an animal research study, rats were given pomegranate seed extract (PSE) of 200, 400 or 800 milligrams (mg) per kilogram (kg) for three weeks. In the third week, scopolamine — a memory and learning deficit inducer — was administered 30 minutes before the Morris water maze and passive avoidance tests.

PSE significantly reduced the time (maximum 173%) and distance (maximum 332%) required to reach the platform during the maze test and also increased performance in the passive avoidance tests relative to the treatment dosage. Pomegranate treatment successfully alleviated memory loss and learning deficits in rats by impacting cholinergic system function, oxidative stress and inflammatory cytokines in the brain.[iv] 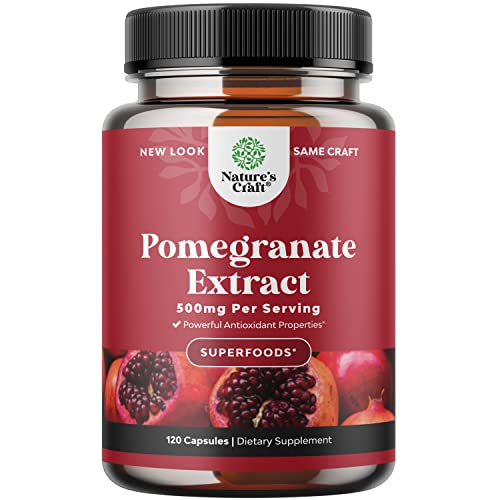 Control and induced-MS mice were chronically administered ellagic acid (EA) and pomegranate peel extract (PE) dissolved in drinking water. Aafter inducing MS for 10 days, mice were given a dose 50 mg/kg of both EA and PE daily and displayed a significant amelioration of “in vivo” clinical symptoms.

“Ex vivo” analysis showed that spinal-cord demyelination and inflammation in PE and EA-treated MS-induced mice were comparable to those in the control animals, while microglia activation and astrocytosis significantly recovered, particularly in the gray matter.

Both PE and EA dietary supplementation in patients suffering from multiple sclerosis would be beneficial for disease treatment and provide brain protection.[v] Pomegranate juice (PJ) is a rich source of ellagitannins, which are tied to pomegranate’s neuroprotective effect.

Olfactory and motor deficits are typical symptoms of Parkinson’s disease (PD). In a rat model of induced PD, rats were treated with pomegranate juice at a dose of 500 mg/kg per day for 35 days. PJ treatment protected against dopamine release in the brain and subsequently improved olfactory function and motor activity in the animals.[vi]

The neuroprotective effects of PJ against a neural toxin, lead acetate (LA), were tested in an experiment of 28 male Wistar albino rats, divided into four groups: control, PJ, LA and LA plus PJ. The LA group had a significant decrease in hippocampal volume compared to the control group, while PJ demonstrated protective effects on the brain when compared with the LA and LA plus PJ groups, showing its ability to fight lead poisoning effects.[vii]

Aluminum (Al) is a metal that can create neurobehavioral and biochemical problems. Six groups of male mice were treated for 35 days with 20% PJ, 40% PJ, 400 mg/kg Al, Al and 20% PJ, Al and 40% PJ or tap water as a control. The exposure of male mice to Al decreased learning and memory retention in the shuttle box, Morris water-maze and T-Maze tests related to significant depletions in neurotransmitters and oxidative proteins. In both low and high doses, PJ has health benefits and reduces aluminum toxicity while protecting learning and memory.[viii]

Aluminum trichloride (AlCl3) exposure has been shown to encourage some behavioral deficits and eventually induces anxiety and depression in rodents. Six groups of male mice were administered PJ and AlCl3 orally for 35 days. The control group received tap water while the PJ groups were treated with 20% and 40% PJ, respectively.

The AlCl3 group was treated with 400 mg/kg/day of AlCl3, and the last two groups were treated with AlCl3 and 20% PJ or 40% PJ, respectively. The results illustrated that the anxiety- and depression-like behaviors induced by AlCl3 exposure in male mice can be ameliorated by PJ treatment, through the inhibition of oxidative damage and minimizing the changes in neurotransmitters and hormonal activity.[ix]

Aluminum chloride (AlCl) was used to induce neurobehavioral and biochemical disorders in a mouse study and PJ treatment reversed AlCl-induced neurotoxicity effects on body weight, neurotransmitters and oxidative stress parameters while improving learning and memory in the AlCl-treated mice even at low concentrations.[x]

Both peel and aril phenolic extracts (PPPE and PAPE) were shown to significantly inhibit lipid peroxidation and the formation of reactive oxygen species (ROS) in a study of stressed human bladder cancer cells. Therefore, pomegranate may provide protection against the development of metabolic disorders, cancers, atherosclerosis and cardiovascular diseases due to its antioxidant properties.[xiii]

Inflammation is commonly characterized as a defensive and protective reaction of the body to various internal and external stimuli, which aims to maintain your body’s health. In a comprehensive review of research studies on pomegranate and its component EA, researchers confirmed the presence of important anti-inflammatory, anticancer and antioxidant activities of both pomegranate and EA.[xiv] 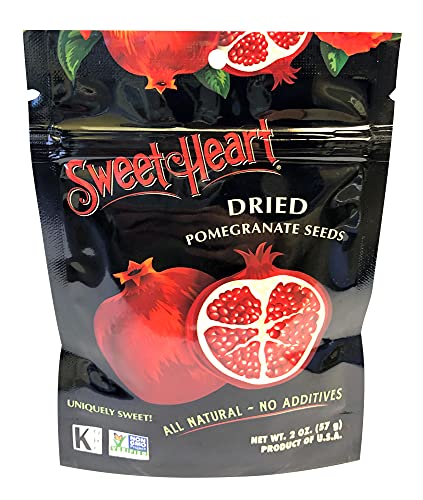 Pomegranate — which contains a diverse range of phytochemicals including ellagic acid, punicalagin, pedunculagin, quercetin, rutin, tannic acid, polyphenols, anthocyanins and catechins — plays a strong role in the prevention and treatment of gingival and periodontal diseases due to its antibacterial, anti-inflammatory and antioxidant properties.[xxii]

Thrice daily mouth rinsing with pomegranate extract dissolved in water increased the levels of antioxidant activity and decreased activities of aspartate aminotransferase, which is elevated among periodontitis patients.[xxviii]

Probiotic bacteria were found to decrease the periodontal pathogen burden in the oral biofilm and strengthen epithelial barrier function, which enhances resistance to infections. Punicalagin in pomegranate has been shown to increase probiotic bacteria, especially Bifidobacterium species and Lactobacillus species.[xxix]

Not only is pomegranate a great treatment option for gingivitis and periodontal disease, it also has remarkable wound healing properties. In an animal study, a 10% pomegranate extract with 40% ellagic acid ointment had the most accelerated effect for healing of deep second-degree severe burn wounds.[xxx]

The use of pomegranate seed oil in wound healing was studied in a rat model with results showing pomegranate making a significant difference in levels of inflammation and neovascularization in open wounds within two weeks and the granulation tissue level in the closed wounds was significantly higher within 21 days.[xxxi]

In a rat study of the effects of pomegranate or chamomile on wounds, the combination of the two together in lower concentrations resulted in the most accelerated wound healing closure.[xxxii]

In a series of experiments on the effectiveness of pomegranate seed extract oil and curcumin versus ibuprofen as a control, the wound-healing efficacy of curcumin and pomegranate seed oil combined was better than any of the control combinations or each by itself.[xxxiii]

Pomegranate has been called a “miracle fruit” for its seeds being consumed as food, juice and as a functional food.[xxxiv] Significant scientific and clinical evidence in GreenMedInfo.com’s database highlights pomegranate‘s beneficial neuroprotective, antioxidant, anti-inflammatory and antibacterial effects. 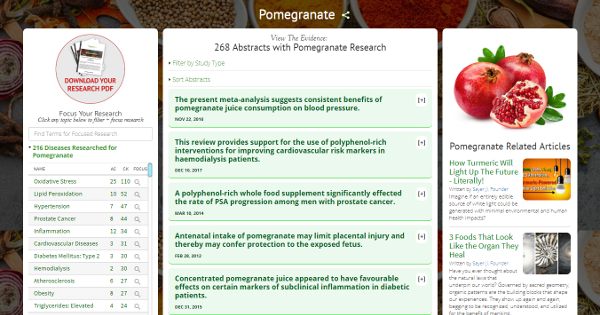