Less Than 2 Servings of Almonds Can Keep Hunger at Bay, Cuts Down on Overeating Many people give in to the occasional snack craving in a moment of weakness, but if you’re looking to cut down on your daily calories, new research finds that all it takes is a handful of almonds. Scientists at the University of South Australia report that consuming just 30-50 grams of almonds can help people cut back on calories.

When you break that down, one serving of almonds is approximately 28 grams or just one ounce. That means it’ll take less than two servings a day to keep your appetite in check.

The research team discovered that people who ate some almonds instead of an energy-equivalent carbohydrate snack ended up lowering their energy intake by 300 calories during the following meal. Notably, those 300 extra calories would have normally come from junk food.

According to Dr. Sharayah Carter of UniSA’s Alliance for Research in Exercise, Nutrition and Activity (ARENA), this work provides valuable insights for those looking to either lose or manage weight.

“Rates of overweight and obesity are a major public health concern and modulating appetite through better hormonal response may be key to promoting weight management,” Dr. Carter says in a university release. “Our research examined the hormones that regulate appetite, and how nuts – specifically almonds – might contribute to appetite control. We found that people who ate almonds experienced changes in their appetite-regulating hormones, and that these may have contributed to reduced food intake (by 300kJ).” 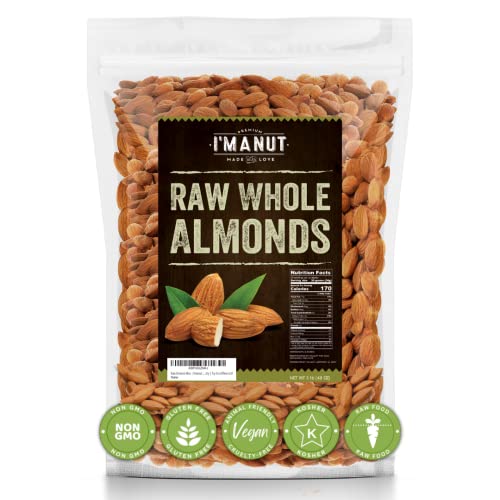 “Almonds are high in protein, fiber, and unsaturated fatty acids, which may contribute to their satiating properties and help explain why fewer kilojoules were consumed,” Dr. Carter adds.

All in all, this study’s findings strongly indicate eating almonds can provoke small changes to people’s energy intake. Dr. Carter posits this may have clinical effects over the long haul.

“Even small, positive lifestyle changes can have an impact over a longer period. When we’re making small, sustainable changes, we’re more likely to be improving our overall health in the long run,” Dr. Carter concludes. “Almonds are a fantastic healthy snack to incorporate into the daily diet. We are now excited to look at how almonds might affect appetite during a weight loss diet and how they might assist with weight management in the long term.”

The findings appear in the European Journal of Nutrition.