New survey reveals the average senior takes six different medications, with nearly half expecting that number to increase as they get older.

NEW YORK — More than a third of older Americans are worried about affording their medication in the future (34%). A health-focused survey of 2,000 seniors finds that 35 percent have cut down on costs in other aspects of their life in order to have enough money to afford their healthcare needs.

To pay for their healthcare, one in five respondents mentioned they’ve cut down on paying for necessities like the rent or mortgage payments (19%) and groceries (20%) in order to pay for medical costs.

The poll, conducted by OnePoll and commissioned by ClearMatch Medicare, finds that three in four seniors struggle to afford certain aspects of their healthcare at least some of the time. In fact, 38 percent agree that healthcare is more expensive now than they remember it ever being.

Nearly every senior polled (96%) already takes medication, with the average respondent taking six different prescriptions per week. It doesn’t stop there – 47 percent anticipate needing to take more prescribed medications as they get older. That may be why nearly a sixth of respondents think it’s important to save up their money now to help afford their medications in the future.

When it comes to other aspects of healthcare, just three in 10 seniors would rate the availability and cost (31%) of primary doctors near them as “good” or “excellent.” Almost a fifth of all respondents add the availability (18%) and cost (20%) of prescribed medications near them is only “fair” or “poor.” Getting enough financial support would cut down on respondents’ healthcare stresses, with seniors sharing that good healthcare would allow them to have more money to spend on leisure activities (61%) or be stress-free about going to the doctor (60%).

“Finding a Medicare plan that is within your budget and able to address your health insurance needs is extremely important in today’s economy,” says ClearMatch Medicare (a part of HealthPlanOne) CEO, Ben Pajak, in a statement. “The good news is that there are a number of Medicare Advantage plans that offer convenient coverage, multiple plan options and have no premiums as well as low or no deductibles, that most individuals can find a plan that fits their needs.” 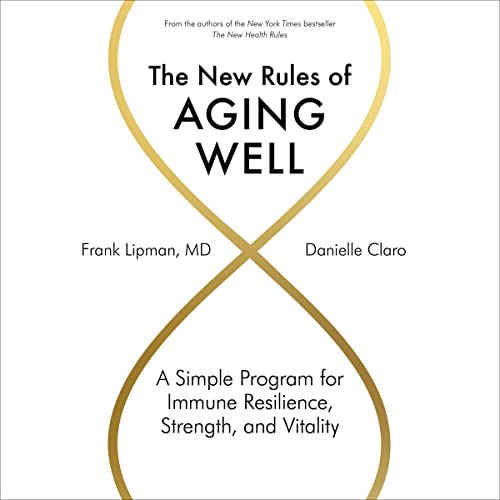 The New Rules of Aging Well: A Simple Program for Immune Resilience, Strength, and Vitality

Forty-five percent of all seniors don’t feel like they have enough knowledge about the different options available to help them pay for health expenses, despite 61 percent claiming that they regularly keep up with news regarding healthcare. When it comes to looking ahead, just 33 percent believe healthcare will become more affordable for everyone in the future, with 40 percent believing prescribed medications should be free for older people.

“It’s important that people on Medicare know what options are available to them,” says Jennifer Girdler, head of customer care at ClearMatch Medicare. “Plans change every year, so it makes sense to re-evaluate your healthcare needs and budget as it relates to your plan.”