It turns out that a breakfast staple around the world might just be the answer for removing microplastics from water. Princeton researchers have successfully used egg whites to create a lightweight and porous aerogel material that can be used in several ways, including water filtration, energy storage, and sound, as well as insulation.

Microplastics in recent years have taken front and center as a massive environmental problem wreaking havoc on ecosystems in even the most remote areas of the planet. Prior research from Japan estimates the world has an astonishing 25.3 million metric tons of plastic waste littering the ocean — that is only the tip of the iceberg! Large amounts of ocean plastics are likely on the seafloor that is hard to detect with current diving gear. Additionally, there is likely another 540 million metric tons of mismanaged plastic waste — about 10% of total plastic worldwide — trapped on land.

In fact, since plastic is not decomposable, the researchers in that study suggest half a billion metric tons of mismanaged plastics will likely outlive the current time humans have left on this planet.

Environmental scientists have been scrambling to come up with ways to rid the planet of microplastics and keep our waterways clean.

The idea to use eggs in this latest experiment was initially sparked by study author Craig Arnold, a professor of mechanical and aerospace engineering at Princeton. He originally thought bread mixed with carbon would produce the necessary structure. After lots of trial and error with different bread recipes, Arnold and his team began to just take ingredients out until they were left with egg whites.

“We started with a more complex system,” Arnold explains in a statement, “and we just kept reducing, reducing, reducing, until we got down to the core of what it was. It was the proteins in the egg whites that were leading to the structures that we needed.”

Egg whites are almost entirely made of albumin (protein). Upon being freeze-dried and heated to a scorching 900 degrees Celsius in anaerobic environment, they generate a structure of fibrous carbon strands and graphene streets. The authors of this study found that this structure has the ability to remove both salt and microplastics from seawater in remarkable ways, doing so with 98% and 99% efficiency, respectively. The structure of the aerogel is formed by graphene sheets stretched across carbon fiber networks. (Credit: Shaharyar Wani)

This discovery is a surprising, but welcomed one among scientists and researchers. The experiments were done with regular store-bought eggs, which means that future work can be done in a cost-effective way. The only issue with this is that there would be such a large demand for eggs that it could possibly outcompete the food industry.

Arnold notes that other proteins also worked, so it may be possible to utilize those as to not strain the market as much. An even bigger concern is water purification. The researchers are now looking into how to improve the fabrication process so that this technology can be used on a large scale. Once this is tackled, using these structures will work smoothly as an effective, energy-efficient, and cost-effective method. 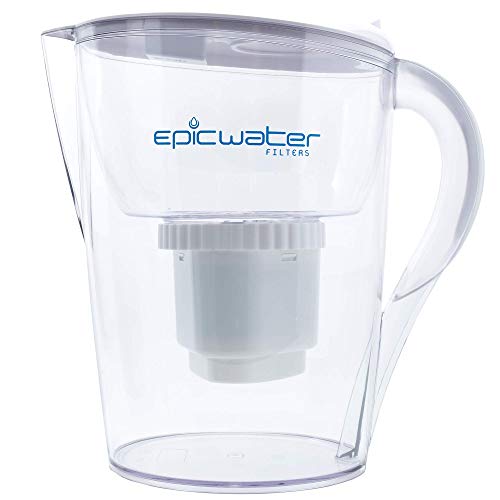 “Activated carbon is one of the cheapest materials used for water purification. We compared our results with activated carbon, and it’s much better,” explains Sehmus Ozden, first author on the paper.

The research team is now continuing to investigate other possible applications for the material besides water purification, such as insulation and energy storage.

The findings are published in the journal Materials Today.