Cardio Beats Cancer? Aerobic Exercise Can Reduce Risk of Metastasis by More Than 70% The benefits of habitual movement are well documented. Finding a few minutes to break a sweat can lead to a healthier body and mind. Now, researchers from Tel-Aviv University report aerobic exercise can also impede cancer from spreading throughout the body. The scientists found that cardio appeared to reduce the risk of metastatic cancer by 72 percent.

Researchers believe that the increased glucose (sugar) consumption of internal organs sparked by intense aerobic exercise helps reduce the amount of energy available to tumors. The study was led by Professor Carmit Levy from the Department of Human Genetics and Biochemistry and Dr. Yftach Gepner from the School of Public Health and the Sylvan Adams Sports Institute.

Prof. Levy notes that collaboration and exchange of information across different TAU schools was vital to the success of this project, which may help prevent metastatic cancer in countless individuals. Metastatic cancer is the leading cause of death in Israel. In the United States, it is responsible for up to 90 percent of all cancer deaths.

“Studies have demonstrated that physical exercise reduces the risk for some types of cancer by up to 35%. This positive effect is similar to the impact of exercise on other conditions, such as heart disease and diabetes. In this study we added new insight, showing that high-intensity aerobic exercise, which derives its energy from sugar, can reduce the risk of metastatic cancer by as much as 72%.  If so far the general message to the public has been ‘be active, be healthy’, now we can explain how aerobic activity can maximize the prevention of the most aggressive and metastatic types of cancer,” the study co-authors explain in a university release.

Both human and animal experiments show the benefits of exercise

This project combined an animal model involving mice trained according to a strict exercise schedule with data collected among healthy human volunteers examined before and after going for a run. The human data, provided by an earlier epidemiological study that monitored 3,000 individuals over roughly two decades, revealed that there was a 72-percent drop in incidents of metastatic cancer among participants who reported regularly engaging in high-intensity aerobic activity.

The animal portion of the study, meanwhile, displayed similar findings, and even allowed study authors to potentially identify the underlying mechanism behind this relationship. First, the team sampled the internal organs of the mice on various occasions: before and after physical exercise, and after scientists injected them with cancer. This led researchers to the finding that aerobic activity significantly reduced the development of metastatic tumors in the lymph nodes, lungs, and livers of the rodents. Study authors hypothesize that this positive outcome, in both humans and mice, has a link to enhanced rates of glucose consumption sparked by aerobic exercise. 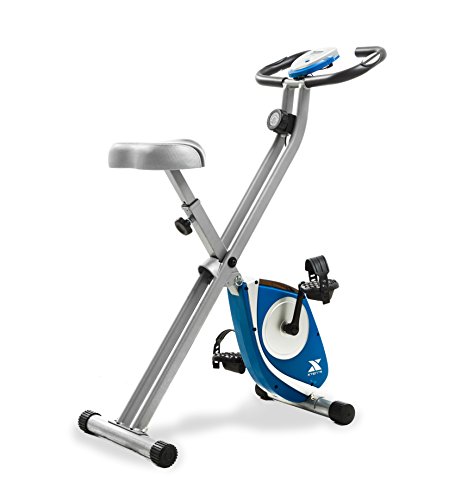 “Our study is the first to investigate the impact of exercise on the internal organs in which metastases usually develop, like the lungs, liver, and lymph nodes. Examining the cells of these organs we found a rise in the number of glucose receptors during high-intensity aerobic activity – increasing glucose intake and turning the organs into effective energy-consumption machines, very much like the muscles. We assume that this happens because the organs must compete for sugar resources with the muscles, known to burn large quantities of glucose during physical exercise,” Prof. Levy adds.

“Consequently, if cancer develops, the fierce competition over glucose reduces the availability of energy that is critical to metastasis. Moreover, when a person exercises regularly, this condition becomes permanent: the tissues of internal organs change and become similar to muscle tissue. We all know that sports and physical exercise are good for our health. Our study, examining the internal organs, discovered that exercise changes the whole body, so that the cancer cannot spread, and the primary tumor also shrinks in size.”

“Our results indicate that unlike fat-burning exercise, which is relatively moderate, it is a high-intensity aerobic activity that helps in cancer prevention. If the optimal intensity range for burning fat is 65-70% of the maximum pulse rate, sugar burning requires 80-85% – even if only for brief intervals. For example: a one-minute sprint followed by walking, then another sprint. In the past, such intervals were mostly typical of athletes’ training regimens, but today we also see them in other exercise routines, such as heart and lung rehabilitation,” Dr. Gepner concludes.

“Our results suggest that healthy individuals should also include high-intensity components in their fitness programs. We believe that future studies will enable personalized medicine for preventing specific cancers, with physicians reviewing family histories to recommend the right kind of physical activity. It must be emphasized that physical exercise, with its unique metabolic and physiological effects, exhibits a higher level of cancer prevention than any medication or medical intervention to date.”

The study is published in the journal Cancer Research.