If successful, the lawsuit could spell the end of water fluoridation in the United States.

U.S. District Court Judge Edward Chen has ended a two-year stay on a historic lawsuit seeking to end water fluoridation in the United States. Judge Chen also ruled that a long-delayed study of fluoride by the National Toxicology Program (NTP) could be reviewed in its unpublished form to better inform the judges final decision.

The move is the latest in a nearly decade-long legal dispute between the U.S. Environmental Protection Agency (EPA) and plaintiffs Food and Water Watch, the Fluoride Action Network (FAN), Moms Against Fluoridation, the American Academy of Environmental Medicine, the International Academy of Oral Medicine and Toxicology, and the Organic Consumers Association.

Judge Chen wants to review an unpublished, draft version of a May 2022 health assessment from the NTP. In August 2020, Judge Chen ordered the case into abeyance and told the FAN to file a new petition with the EPA while the court awaited the NTP review of the research on fluoride. However, since that time, hearings have been delayed and rescheduled as the judge awaited the NTP’s conclusions.

Judge Chen’s latest ruling means that the NTP’s draft assessment can be brought into discovery if the plaintiffs are able to acquire it. The FAN is currently fighting to obtain a copy of the NTP’s May 2022 draft as part of a Freedom of Information Act request. However, due to concerns from the EPA, Judge Chen ruled that the report could not be made public unless the NTP releases it.

Judge Chen ordered the plaintiffs to submit the report to court if they do obtain it and set a status hearing on Tuesday January 10, 2023.

During the most recent hearing, Fluoride Action Network attorney Michael Connett drew attention to the unusual process the NTP has used to evaluate the data on the safety of water fluoridation.

“This report, which has now been reviewed 4 times, is now going to be reviewed a 5th time by the NTP,” Connett stated. “There will be at least 5 separate peer review processes extending over 4 years. This is, to put it mildly, exceptionally unusual.”

Connett said the NTP’s process “for every single monograph” they have previously reviewed typically involves one public meeting, which lasts 4 to 5 days, where the scientists vote in public to endorse or deny the NTP’s conclusions. 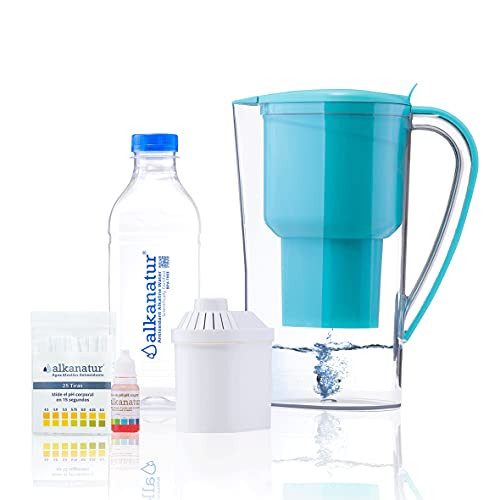 “We are now onto the 4th year and going to have a 5th body review this report,” Connett told Judge Chen. It looks to us like the reports are not appreciated or liked by someone. We believe having that report, from May 2022, together with the other peer review comments, provides this court with a very rich body of information to assess the scientific literature on this issue.”

During the hearing Judge Chen appeared to agree with the Connett’s arguments, at one point stating that he would want to ask the NTP Director whether or not the NTP May 2022 report will be published. “What are the criteria and what are the chances it will be released?,” Chen asked.

Once the judge reviews the NTP draft, and possibly questions the NTP director, he will decide whether to move into a second phase of the trial, which would allow for additional expert testimony and studies to be submitted to the court. While the plaintiffs favor this outcome, the EPA argued against another phase in the trial.

The FAN began their legal battle in November 2016 when they joined with five organizations and five individuals to present a Citizens’ Petition to the EPA under Section 21 of Toxic Substances Control Act. The Citizens’ Petition calls on the EPA to prohibit the addition of fluoridation chemicals to U.S. water based on the growing body of evidence showing that fluoride is a neurotoxin at doses currently used in communities around the U.S.

In June 2020, the plaintiffs began presenting evidence of the toxicity of fluoride and the dangers of water fluoridation. During the first week of the trial, expert witnesses Dr. Kathleen Thiessen and Danish environmental epidemiologist Dr. Phillip Grandjean made powerful statements.

Dr. Thiessen acknowledged that sodium fluoride is a pesticide that is being added to the water supply. Meanwhile, Dr. Grandjean, known for his work on the neurotoxicity of mercury, stated that he had been threatened or coerced by a colleague at the Harvard Dental School after one of his studies concluded that fluoride was a neurotoxin. 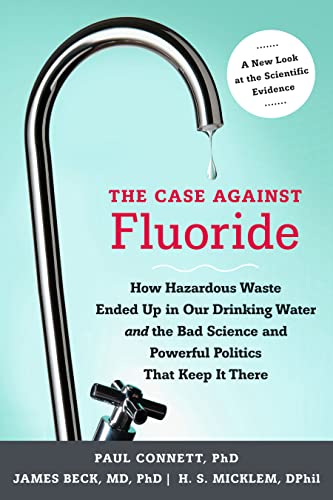 The Case against Fluoride: How Hazardous Waste Ended Up in Our Drinking Water and the Bad Science and Powerful Politics That Keep It There

When DOJ lawyer Debra Carfora asked Grandjean about a statement he signed downplaying the significance of the results, Grandjean stated that the Harvard press department put the statement together and added his name to it. The statement said the researchers still agreed with the CDC position that water fluoridation is safe. Dr. Grandjean did not elaborate upon who threatened him or how often such threats may happen in his field. He also stated that the “fluoride lobby” infiltrated a World Health Organization committee seeking to exclude any mention of harmful effects of fluoride.

On the specific harmful effects of fluoride, Dr. Grandjean stated in his deposition that, “the weight of epidemiological evidence leaves no reasonable doubt that developmental neurotoxicity is a serious human health risk associated with elevated fluoride exposure.” Dr. Grandjean has also stated that efforts to control human fluoride exposure need to focus on pregnant women and small children.

The Last American Vagabond will continue to follow the developments in this historical trial.