Most health experts would likely agree that yoga and meditation are great ways to maintain strong mental health. Research shows their effects may also translate to physical health as well. A new study from the Keck School of Medicine at USC finds that mind-body practices may help with controlling blood sugar levels in people with Type 2 diabetes.

Some people with Type 2 diabetes have reported lower blood sugar levels after doing some type of mind-body practice. However, this has usually been from word of mouth, lacking any scientific evidence to back up these claims. In the current study, researchers suggest there is some truth to these anecdotal statements.

“The most surprising finding was the magnitude of the benefit these practices provide,” says lead author Fatimata Sanogo, a PhD student in the Department of Population and Public Health Sciences at USC, in a statement. “We expected there to be a benefit, but never anticipated it would be this large.”

Study authors collected data from 28 randomized controlled trials held worldwide between 1993 and 2022 where people with Type 2 diabetes began a mind-body practice along with their medication. The mind-body practices ranged from meditation, qigong, yoga, and mindfulness-based stress reduction. They compared the health outcomes of this group with people who only received medicine to lower their blood sugar levels.

All the mind-body practices made a significant decrease in the blood sugar of diabetics. Specifically, the researchers observed a .84% reduction in hemoglobin A1C, a marker for average blood sugar levels in the last three months. Yoga was the most common mind-body practice and showed the largest effects, averaging at a 1% decrease in hemoglobin A1C. While 1% may not seem like much at first glance, the authors note it had similar effects to metformin, a popular diabetes drug, that reduces hemoglobin A1C by 1.1%. 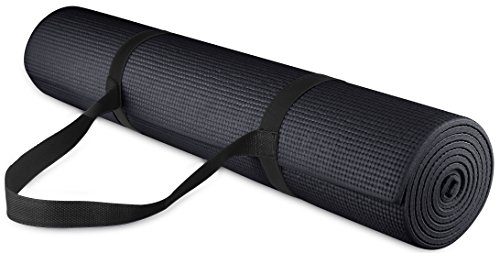 “What is important about this study is that the effect is very strong and that it is on top of the standard of care,” says Richard M. Watanabe, PhD, a professor of population and public health sciences and physiology and neuroscience at the Keck School of Medicine, noting that the research revealed that mind-body practices helped participants achieve reductions in blood glucose levels on top of the reductions they were getting from medication.

The findings suggest mind-body practices could be a suitable alternative for people who don’t want to take drugs. It may also have preventative effects in people who are prediabetic—the number of Americans who are at risk for Type 2 diabetes has risen to one-third in recent decades. Because the study used trials from all over the globe, there is reason to believe mind-body practices could help people with the condition worldwide.

“This could be an important tool for many people because Type 2 diabetes is a major chronic health problem and we are not doing a good enough job at controlling it,” says Sanogo. “Although this study does not address it as a preventive measure, it does suggest it could help people who are pre-diabetic reduce their risk for future Type 2 diabetes.”

The study is published in the Journal of Integrative and Complementary Medicine.