Here’s a serious motivator for soaking up some extra sunlight — or at least take some extra supplements. New research is revealing compelling evidence that a vitamin D deficiency can lead to premature death. Study authors at the University of South Australia say their findings highlight the importance of following healthy vitamin D level guidelines.

“While severe vitamin D deficiency is rarer in Australia than elsewhere in the world, it can still affect those who have health vulnerabilities, the elderly, and those who do not acquire enough vitamin D from healthy sun exposure and dietary sources,” Sutherland says in a university release. “Our study provides strong evidence for the connection between low levels of vitamin D and mortality, and this is the first study of its kind to also include respiratory disease related mortality as an outcome.”

“We used a new genetic method to explore and affirm the non-linear relationships that we’ve seen in observational settings, and through this we’ve been able give strong evidence for the connection between low vitamin D status and premature death,” Sutherland continues. “Vitamin D deficiency has been connected with mortality, but as clinical trials have often failed to recruit people with low vitamin D levels – or have been prohibited from including vitamin deficient participants – it’s been challenging to establish causal relationships.” 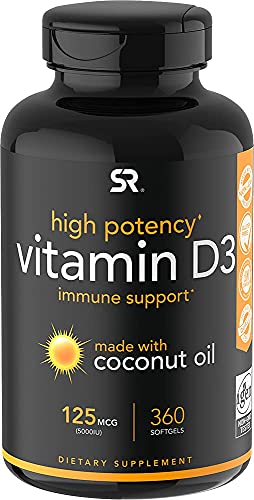 Researchers considered low levels of vitamin D as having less than 25 nmol/L, and the average concentration was 45.2 nmol/L. Over a 14-year follow up period, the team discovered a pattern: risk of death significantly decreased with increased vitamin D concentrations, with the strongest effects coming among those with severe deficiencies.

“The take-home message here is simple – the key is in the prevention. It is not good enough to think about vitamin D deficiency when already facing life-challenging situations, when early action could make all the difference,” Prof. Hyppönen explains. “It is very important to continue public health efforts to ensure the vulnerable and elderly maintain sufficient vitamin D levels throughout the year.”

The study is published in the journal Annals of Internal Medicine.