The Fire Extinguisher: One of the Most Important Preps You Can Have The need for some means to control and combat fire should be high on our list of priorities. With the flammable building materials used in most modern construction, fire prevention is something all of us need to take seriously. This is why every home needs a fire extinguisher within easy reach.

I have a bit of vicarious personal experience here.

In the oil and gas industry, our training includes fire fighting. Therefore, we have an edge over the general public when it comes to this knowledge. It’s not uncommon here for there to be car fires burning on the side of the road, and in many of them, company employees passing by have helped to extinguish the fire.

It was in one of these roadside car fires that a relative of one of my neighbors was severely burned in – an awful accident that should never have happened. If he had even the tiniest amount of fire-safety training under his belt, or some degree of caution, everything would have been fine. But this isn’t what happened.

This young man received a call from a friend and went to help with the problem. Without any special training (every Venezuelan knows a little bit of mechanical knowledge for when a car stalls), he went to assist and provide some support.

As he arrived, he found that the car’s engine was on fire as smoke billowed from the closed hood. He made a terrible mistake: he opened the hood quickly. The amount of incoming oxygen produced a fireball that caught his synthetic clothing on fire.

This type of material is very common in clothing here in Venezuela. It’s light, dry, and comfortable for our type of weather, and I find myself wearing it regularly as well. However, this type of clothing is very flammable. After the fire on him was put out, the local hospital could not remove the burned clothes from his charred skin without taking off the skin itself.

He was in a private hospital for months, with the only thing saving his life being that his brother-in-law lives in the USA and could afford the treatments and medicines.

Can you fight a fire?

It’s highly advisable to watch a few videos or receive formal training from the fire department before even thinking about fighting these events.

In Venezuela, businesses are obliged to perform maintenance of their fire safety systems once every five years. However, households are usually not inspected. Until a tragedy happens, that is. 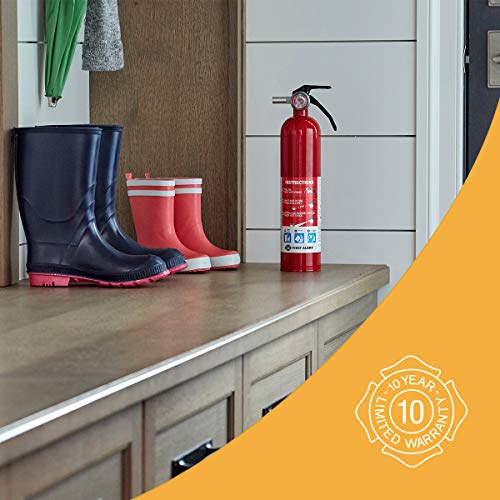 I know that different countries make their citizens own and maintain fire combat means, like smoke detectors (affordable and compulsory) and fire extinguishers. However, these are not cheap, and their maintenance can be relatively high.

And here is where I am going to elaborate a little bit.

The fire department authorities usually inspect a household and support the owners or inhabitants with advice about the best location for the extinguisher, its numbers, and its features. That is standard in every country, as far as I know.

The good news is that Powder Extinguishers cover a variety of fires we can find in a compound. You can buy these in a number of sizes as well.

The extinguishers under $50 are compact, usually under five pounds, and they will be effective only on smaller fires. I wouldn’t rely on such small capacities.

That said, usually, the dry chemical powder type of extinguisher is enough for the majority of fires out you will come across. This one blasts a cloud of white powder that quickly extinguishes the flames. It’s not worth bothering with others like foam extinguishers. These spread like a blanket over burning hydrocarbon products in large areas. If you want more detail about this, it is always a good idea to ask your fire department.

A mistake I see commonly happening in many places, even in those where a fire can suddenly appear, is the placement of the bottle or bottles.

Putting it next to a possible fire hazard location is a bad idea (ideally, the fire inspector will mention it and suggest where to locate it). The flames and heat can be so intense that you won’t be able to reach it, and it can even explode, albeit this is rare.

I wonder how many of us have received practical training in fire extinguishing. In the company I worked for, it was almost mandatory; for the general public, not so much. 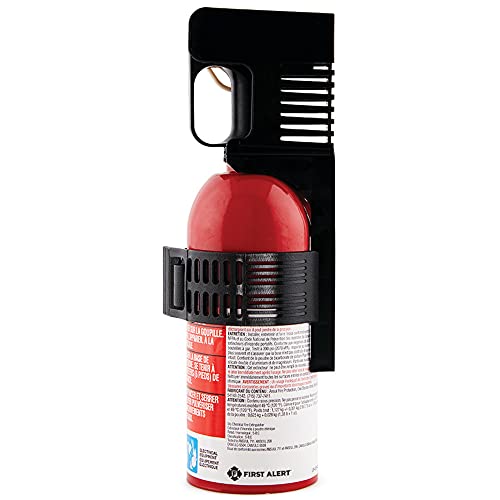 The best advice I have based on the experience of my neighbor’s relative’s accident is:

With the fuel problem generated by the ruling cronies, the fires in cars have almost doubled here and caused property damage in buildings not suited for fuel storage.

Read the following article (Spanish, must use your browser translator) to see what I mean.

What do you do when society collapses?

This caused a bit of wear and tear, but it was no big deal. Under normal circumstances, you can go to a workshop that offers fire extinguisher maintenance services and get them to refill it with CO2 (the fire-neutralizing gas to keep them with good pressure).

But how do we do this if the workshop is closed when SHTF? We still need to refill the propellant to keep them operative! This is why I think you need to make sure to include the pressure gauge inspection on the general checklist of your preparations.

You do need multiple fire extinguishers.

Make sure that you have the training that goes with them, too. Your local fire department can help. Fire is something that you need to be able to deal with both before and after catastrophe. Hopefully, what I have to say here will spur you to make sure you are set in this area.

Do you have fire extinguishers? Where do you keep them? Have you ever had to use them? Do you have other advice? Let me know in the comment section below.

Jose is an upper middle class professional. He is a former worker of the oil state company with a Bachelor’s degree from one of the best national Universities. He has an old but in good shape SUV, a good 150 square meters house in a nice neighborhood, in a small but (formerly) prosperous city with two middle size malls. Jose is a prepper and shares his eyewitness accounts and survival stories from the collapse of his beloved Venezuela. Jose and his younger kid are currently back in Venezuela, after the intention of setting up a new life in another country didn’t  go well. The SARSCOV2 re-shaped the labor market and South American economy so he decided to give it a try to homestead in the mountains, and make a living as best as possible. But this time in his own land, and surrounded by family, friends and acquaintances, with all the gear and equipment collected, as the initial plan was.