No More Excuses: Just 2 Minutes of Intense Exercise Every Day Could Extend Lifespan Plenty of people cite lack of time to justify their non-existent exercise routine, but a new study out of Australia could effectively end that excuse. Scientists at the University of Sydney report that two minute “bursts” of vigorous physical activity totaling a meager 15 minutes per week are associated with a lower risk of death.

That’s right, finding as little as two minutes per day for a quick workout may extend your life!

“The results indicate that accumulating vigorous activity in short bouts across the week can help us live longer,” says study author Dr. Matthew N. Ahmadi of the University of Sydney, Australia, in a media release. “Given that lack of time is the most commonly reported barrier to regular physical activity, accruing small amounts sporadically during the day may be a particularly attractive option for busy people.”

Additionally, a second segment of the research shows that for a given amount of physical activity, increasing the intensity of the exercise is associated with a lower risk of developing cardiovascular disease. “Our study shows that it’s not just the amount of activity, but also the intensity, that is important for cardiovascular health,” adds study co-author Dr. Paddy C. Dempsey of the University of Leicester and University of Cambridge in the U.K., and the Baker Heart and Diabetes Institute in Melbourne.

Both of these projects featured adults between ages 40 and 69 years old. Subjects wore an activity tracker on their wrist for seven consecutive days. This served as an objective way to measure their activity levels, particularly sporadic activity of different intensities during the day.

The first study included 71,893 adults without cardiovascular disease or cancer. The median participant age was 62.5 years old, and just over half (56%) were female. Study authors measured weekly levels of vigorous activity and the frequency of exercise bouts lasting two minutes or less. This was a long-term study; subjects were tracked for an average of 6.9 years. 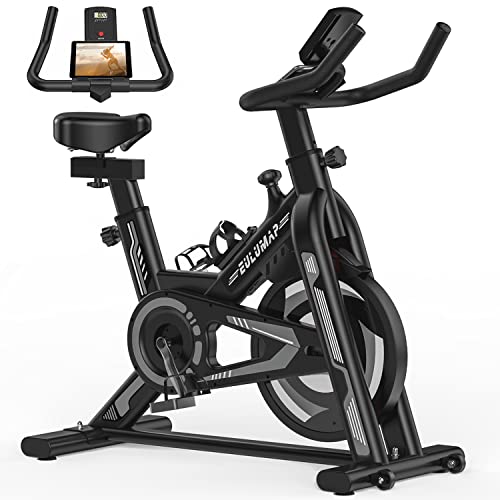 Then, associations between volume and frequency of vigorous activity with death (all-cause, heart disease and cancer) and incidence of heart disease and cancer after excluding events occurring in the first year were analyzed by researchers. Sure enough, as both the volume and frequency of vigorous activity increased, risk of all five considered adverse outcomes declined.

READ: Best Running Shoes For Women / Men, According To Experts

Health benefits were noted even with small amounts of exercise. For instance, subjects who didn’t exercise vigorously at all had a four percent risk of dying within five years. That risk was cut in half (2%) with less than 10 minutes of weekly vigorous activity. Death risk fell to one percent with 60 minutes or more.

Generally, the more exercise the better. For example, roughly 53 minutes of physical activity on a weekly basis was associated with a 36% lower risk of death from any cause.

What about frequency of workouts?

The second study encompassed 88,412 adult subjects, all free of heart disease. Participants’ average age was 62 years old and 58% were female. Both higher amounts and greater intensity were again linked to lower rates of incident heart disease. Increasing exercise intensity also fostered greater declines in cardiovascular disease for the same volume of exercise. So, for instance, the rate of cardiovascular disease was 14 percent lower when moderate-to-vigorous activity accounted for 20 percent instead of 10 percent of activity – which would be the equivalent of turning a 14-minute leisurely stroll into a seven minute brisk walk.

“Our results suggest that increasing the total volume of physical activity is not the only way to reduce the likelihood of developing cardiovascular disease. Raising the intensity was also particularly important, while increasing both was optimal. This indicates that boosting the intensity of activities you already do is good for heart health. For example, picking up the pace on your daily walk to the bus stop or completing household chores more quickly,” Dr. Dempsey concludes.

Both studies are published in the European Heart Journal.