Listening to Birds Sing Boosts Mood, Mental Well-being for up to 8 Hours In perhaps the most “tweet-worthy” news of the day, research shows that being around birds make people happier and boosts mental well-being. Scientists at King’s College London say that seeing or hearing birds provides feeling uplift that last for up to eight hours.

For their study, researchers used a phone app called Urban Mind to gather participants’ psychological state at various times. People were asked three times a day whether they could see or hear birds, and afterwards they responded to questions about their mental wellbeing.

“There is growing evidence on the mental health benefits of being around nature and we intuitively think that the presence of birdsong and birds would help lift our mood,” says study lead author Ryan Hammoud, a research assistant at the college’s Institute of Psychiatry, Psychology & Neuroscience, in a statement. “However, there is little research that has actually investigated the impact of birds on mental health in real-time and in a real environment.

“By using the Urban Mind app we have for the first time showed the direct link between seeing or hearing birds and positive mood,” Hammoud continues. “We hope this evidence can demonstrate the importance of protecting and providing environments to encourage birds, not only for biodiversity but for our mental health.”

The study, published in the journal Scientific Reports, took place between April 2018 and October 2021. It involved more than 1,200 participants who took part and completed over 26,800 assessments using the app. These participants were mainly based in the U.S., U.K., and other parts of Europe. 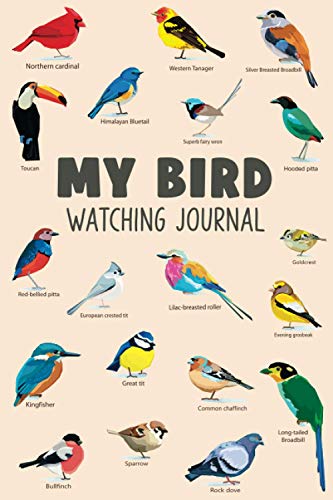 Researchers also collected information on existing diagnoses of mental health conditions such as depression. Through their findings they found that hearing and seeing birdlife improved the mental health of people with and without depression. They report that this link was not due to other environmental factors such as being around trees and water ways.

“The term ecosystem services is often used to describe the benefits of certain aspects of the natural environment on our physical and mental health. However, it can be difficult to prove these benefits scientifically,” says senior author Andrea Mechelli. “Our study provides an evidence base for creating and supporting biodiverse spaces that harbour birdlife, since this is strongly linked with our mental health. In addition, the findings support the implementation of measures to increase opportunities for people to come across birdlife, particularly for those living with mental health conditions such as depression.”

Earlier this month, a separate study reported that birdsong can help decrease feelings of anxiety or paranoia.