How to Eat Healthily on Just $3 a Day Going to college, like all things, has its pros and cons. For me, one of the benefits was simply getting away from home, which gave me a crash-course in “adulting.”

When I moved into a house with a bunch of friends my sophomore year, I was still pretty helpless. I couldn’t clean or cook worth a darn—my roommates will attest to this—and I had only purchased groceries a few times in my life.

At first I didn’t know what to buy, which wasn’t a huge problem because, like many college students, I didn’t have much money anyway. Fortunately, I quickly learned how cheap some food was.

One day my roommates returned from the store with several boxes of ramen noodles, and I was astonished to learn they paid about 10 cents per package. I’d never eaten raman before, and was surprised: they actually tasted good. The problem was, I soon learned ramen has little nutritional value, and as a student athlete, I couldn’t simply eat ramen everyday. Fortunately, I soon discovered a great many foods that were affordable and nutritious.

Now, I get it. A lot has changed since my college days. Case in point: the price of ramen is about five times higher than it was my sophomore year. The good news is that there are still ways to eat healthily and affordably, despite rising food prices.

Here are some foods to consider if you’re trying to save a few bucks but still want to eat healthy.

The price of eggs has surged over the last couple of years, but they remain an affordable food that offers great nutritional value. According to government data, a dozen eggs on average cost $2.83 this summer. That’s 65 percent higher than the previous year, but it’s still relatively cheap, especially considering what eggs offer.

Eggs are considered one of the healthiest foods in the world, carrying about 6 grams of protein each, as well as other key nutrients like vitamin D (which helps the immune system and bone development) and choline (which assists the liver, brain, and metabolism).

They can also be eaten in a variety of ways: scrambled, boiled, fried, or mixed into a health shake. However you choose to eat them, two eggs a day will offer you about 150 calories, 10 grams of good fat, and a healthy dose of your daily protein needs.

Not everyone loves PB&Js. But I do and so does my son. (He eats one every day.) If you do, you’re in luck. PB&Js aren’t just delicious: they are affordable and surprisingly healthy.

“A peanut butter and jelly sandwich can be a nutritionally balanced meal filled with protein, healthy fats, fiber, and key nutrients,” Healthline notes. 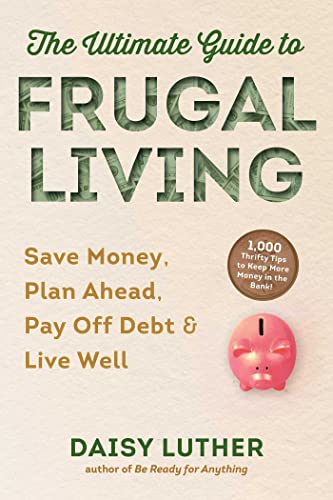 While prices vary state-to-state and by quality, national data suggest a loaf of bread ($1), a jar of peanut butter ($2.48), and a bottle of jelly ($2.50) will typically run you about $6 total—which will make you a whole lot of delicious sandwiches.

Bananas are a miracle: delicious, cheap, and super healthy.

A pound of bananas costs just 64 cents on average, which is barely more than a single package of the aforementioned ramen noodles. Bananas are a much healthier snack, however.

As Live Science notes, they are loaded with potassium (422 milligrams in a single serving) and have lots of Vitamin C and Vitamin B6. Because of their many micronutrients, bananas are good for the heart and gut, and their rich sugar content offers a solid energy boost.

As everyone knows, a hearty breakfast is key to a productive day. While I’m a big fan of eggs in the morning, another go-to staple is oatmeal.

“Oats are an incredibly nutritious food packed with important vitamins, minerals, and antioxidants,” Healthline reports. “In addition, they’re higher in fiber and protein compared to other grains.”

How you choose to make your oats is up to you. I’m a fan of the Quaker Oats instant oatmeal, but it’s hardly the only way to go. If you buy a single 42-ounce can of Quaker Oats, it’s about $5, which works out to about $1.80 a pound. It tastes better with sugar on top, but don’t overdo it if you want to keep it a healthy breakfast. (Tip: if you want to get creative, mix in an egg to boost the protein content.)

Onions aren’t for everyone. I didn’t like them until I was an adult. But they are a tasty vegetable with many surprising health benefits—and they are pretty inexpensive. At many groceries in the US you can buy onions for less than $1 per pound. They provide some nutrients—manganese, vitamin C, potassium, vitamin B6 among them—and are rich in antioxidants that can reduce the risk of heart ailments.

The same goes for celery, which you can purchase for roughly $1.50 per bag. It is rich in antioxidants, vitamins, and minerals. It will go great with your peanut butter (at least I think so), but can also be eaten by itself.

Now, unlike celery, you probably aren’t going to eat an onion by itself or raw—though my family will tell you there is nothing better to eat than a cucumber and onion sandwich. But onions serve as a great complement to many foods, including the next item on our list.

Brown rice is a great snack with salt and pepper, and it’s even better when you mix in an egg and some fried onion. It’s also loaded with more minerals and vitamins than I can easily name.

A box of instant rice goes for about $2.30, or roughly 16 cents per ounce. That’s a lot of bang for your buck for a yummy food that has 5 grams of protein, 216 calories, and lots of fiber and carbs in a single cup. (Tip: add some broth and other veggies to your rice if you have them handy for a tasty medley.)

By my count, if you made a trip to the grocery store to purchase these items, it would cost roughly $20 and you’d have enough food to last you at least a week. That’s less than $3 a day.

To be clear, this list is hardly exhaustive. It’s simply a handful of foods I like that people might consider if they are trying to eat well and don’t have a lot of scratch. I’m sure people could create alternative lists that are both more expansive and cheaper because there are so many inexpensive foods.

The point is, it’s a myth that it takes lots of money to eat well and healthily in America. With some simple tips, price consciousness, and a bit of nutritional knowledge, virtually anyone can get healthy food to eat, even those who don’t have a lot of disposable income (like me during my college days).

My advice for people trying to eat well but don’t have a lot of money to spend (or simply want to save their money) is this:

The biggest thing to remember is that you have choices. What you elect to put into your body is ultimately up to you.

It’s true that very few of us have the bank account to eat ribeye steak and crab legs every night (though I wish I could). But the reality is this: we’re fortunate enough to live in a country where food scarcity is not an issue. That’s very rare in human history and something we should be grateful for.