High blood pressure, or hypertension, often causes people to feel perpetually stressed out or angry. Now, researchers from the University of Michigan say people with hypertension may also experience a faster deterioration in their cognitive abilities (thinking skills, decision making, memory) in comparison to those with normal blood pressure.

The team performed a “study of studies” focusing on high blood pressure’s association with declining brain function over a period of several years. They gathered and analyzed datasets collected for six large prior studies.

Originally, researchers set out to determine if fluctuations in long-term blood pressure control may somewhat explain why Hispanic Americans experience a 50-percent higher risk of developing dementia by the end of their lives in comparison to non-Hispanic white people living in the United States. Somewhat surprisingly, that study failed to produce a clear answer, as blood pressure-related cognitive decline appears to occur at about the same pace among Hispanics and Caucasians. Study authors conclude their work suggests other factors are at play regarding why Hispanics are generally more at risk of dementia.

High blood pressure medication ‘slows the pace of that decline’

“Since other studies have shown that people of Hispanic heritage in the United States tend to have higher rates of uncontrolled hypertension than non-Hispanic white people, due in part to worse access to care, it’s vital that they get extra support to control their blood pressure even if blood pressure is only part of the picture when it comes to their higher dementia risk,” Levine adds. “A risk factor like uncontrolled high blood pressure that is more prevalent in one group can still contribute to substantial health disparities.” 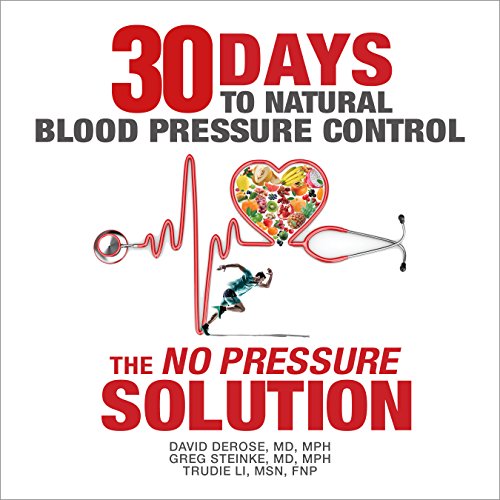 Researchers examined changes in the thinking and memory abilities among a group of adults (18+) who took part in six long-term studies conducted over the past five decades. Study authors enjoyed access to an average of eight years’ worth of data for each participant, including systolic blood pressure (the top number in any blood pressure reading).

The immense size of this dataset helped researchers track and trace blood pressure readings and subsequent fluctuations on cognitive test scores among both Hispanic and non-Hispanic white adults in a much clearer manner than any one smaller data set could.

Among both Hispanics and non-Hispanics, the team observed the same pace of deteriorating thinking skills and memory linked to high blood pressure. However, when researchers focused solely on the two studies that had deliberately recruited Hispanics, they noted an undeniably faster decline in overall cognitive performance among Hispanics in comparison to the non-Hispanic white group. Importantly, though, blood pressure differences between those two groups didn’t appear to explain this cognitive decline difference. This may be due to Hispanic participants having lower blood pressure than non-Hispanic whites in these studies, researchers speculate.

Avoiding a stroke is key

While this study did include data on years of education, it did not account for numerous other potentially important factors, such as income, education quality, early life experiences, family factors, living circumstances, and more. All of those social determinants of health may contribute to disparities in cognitive decline between Hispanics and non-Hispanics, the researchers say.

The same researchers behind this work conducted a similar study two years ago focusing on hypertension and cognitive outcomes among Blacks and Caucasians. That project found that blood pressure control differences over time helped explain the faster cognitive performance declines seen in Black individuals.

Currently, the research team is focusing their attention on studying other aspects of cognitive decline disparities, such as their own prior research on post-stroke cognitive deterioration. Suffering a stroke increases dementia risk 50 times, but modern medicine has yet to grasp how influential controlling vascular risk factors such as blood pressure and blood sugar may be on influencing post-stroke dementia risk.

The study is published in the Journal of Alzheimer s Disease.