Lifting weights makes the body leaner and can also improve mental well-being, according to the study. Gyms are also very social environments, another factor linked with a longer, healthier life.

Corresponding author Dr. Jessica Gorzelitz reports that the best results were found among those who combined lifting weights with aerobic exercise. Interestingly, the associations were strongest in women.

“Our finding that mortality risk appeared to be lowest for those who participated in both types of exercise provides strong support for current recommendations to engage in both aerobic and muscle-strengthening activities,” researchers write in a media release. “Older adults would probably benefit from adding weightlifting exercises to their physical activity routines.”

Aerobic exercise and weightlifting drops risk of death by 47%

The findings are based on almost 100,000 participants over 50 in the United States tracked for an average of almost a decade. Weightlifting in the absence of aerobic MVPA (moderate and vigorous physical activity) lowered the risk of death by nine to 22 percent, depending on the amount.

For example, one or two sessions a week led to a 14-percent lower risk, according to the results in the British Journal of Sports Medicine. Similarly, aerobic MVPA on its own displayed a connection to a 24 to 34-percent lower risk of death from any cause, compared to peers who did neither.

However, the lowest risk of death was seen among those who said they did both types of physical activities. That risk fell by 41 to 47 percent among those who met most recommended weekly levels of MVPA and who exercised with weights once or twice a week. 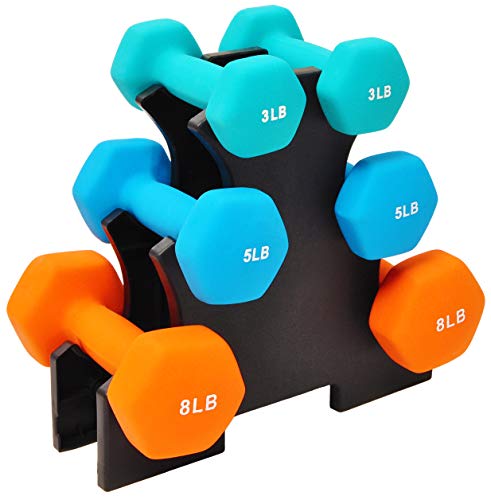 “Weightlifting and aerobic MVPA were both independently associated with lower all-cause and CVD (cardiovascular disease) mortality,” Dr. Gorzelitz says, according to a statement from SWNS.

What makes lifting weights so beneficial?

Several potential biological mechanisms could be behind the phenomenon, including weightlifting leading to more lean mass and improved body function. Total lean mass is also independently associated with lower mortality risk, with studies examining the muscle’s role in hormone function and how that can influence health.

“Finally, weightlifting, in particular, could be a socially related behavior in that those who weightlift participate in social networks, assuming
that this behavior is done in a gym with others,” the researcher tells SWNS.

“However, it is important to acknowledge that consistent weightlifting is associated with other improvements, including functional strength gains and improved musculo-skeletal health.”

The study focused on weights, but there are other types of muscle strengthening exercise, the researchers explain. They cited calisthenics, which include push-ups and squats, Pilates, and plyometric exercises — which include tuck jumps and burpees.

“In conclusion, participants who took part in weightlifting had a lower risk of mortality after accounting for aerobic MVPA,” Dr. Gorzelitz says, according to SWNS. “The combination of weightlifting and aerobic MVPA provided more benefit than either type of exercise alone.”

“Our study provides support for weightlifting as a health behavior associated with longevity for older adults at varying levels of aerobic MVPA participation. Importantly, these findings support meeting both the aerobic MVPA and muscle strengthening (including weightlifting) recommendations, especially targeting older adults who do not weightlift but may be currently aerobically active to maximize health and mortality outcomes.”

Only 1 in 4 older adults are lifting weights

The U.S. team drew on participants from the Prostate, Lung, Colorectal and Ovarian (PLCO) Cancer Screening Trial. It began in 1993 and includes 154,897 men and women between 55 and 74 years-old from across the country.

In 2006, 104,002 of the participants were additionally asked if they had exercised with weights over the past year, and if so, how often they had done so — ranging from less than once a month to several times a week.

Participants also reported on their frequency and duration of both moderate and vigorous intensity physical activity over the past year. According to the team, moderate intensity involved “activity where you worked up a light sweat or increased your breathing and heart rate to moderately high levels” and vigorous activity was “activity strenuous enough to work up a sweat or increase your breathing and heart rate to very high levels.”

In all, the responses of 99,713 people took part in the final analysis, 28,477 of whom died over the study period. Nearly one in four (23%) respondents reported some weightlifting activity; 16 percent exercised with weights regularly between one to six times a week. Nearly a third (32%) were sufficiently aerobically active, either meeting (24%) or exceeding (8%) the guidelines on MVPA.