5 Ways to Catch Fish Without a Fishing Pole If you’re at all interested in survivalism, prepping, or primitive living, you’ve likely spent a lot of time considering how to get food for yourself in the wilderness without complex equipment or techniques. Knowing how to catch fish with minimal gear is a crucial part of this. You may have already thought to yourself that fishing may seem like one of the easiest and most obvious ways to add protein to a survivalist diet.

After all, almost everyone knows how to fish, right? Perhaps, but fishing in survival mode is going to look very different from spending a day down by the trout stream with your rod and reel. Even if you have a fishing pole with you in a crisis or manage to jerry-rig one, it will not be the most efficient or reliable way to sustain yourself or fill out your diet.

Instead, most viable survival fishing techniques rely on what’s called passive fishing, using one of a number of set-it-and forget-it snares and traps that will allow you to leave your fishing setup untended all day, returning to find dinner dangling at the end of a line. There are also some good active fishing techniques that don’t require much equipment or skill, and it would be great to get some quick dinner in a pinch, so read on to learn the best methods for catching fish in the wilderness.

Here are the best means of passive fishing in a survival situation.

Do you know how to set up a trotline?

A trotline is a clever way of stringing as many fishing lines as possible at the same time, even if you don’t have a fishing pole or a lot of overhanging tree branches to use as anchors.

Instead, find a narrow, relatively shallow section of the stream or river. String a rope or paracord across this section, tight enough that it hangs a foot or two above the water but not so taut that it can’t stretch under pressure. This is your trotline.

Tie hooked and baited lengths of fishing line every foot or two along the trotline, letting them dangle a few feet into the water. When you come back, you should have a line full of fish you can easily haul out of the river and make a meal out of.

A funnel trap is the most basic kind of fish trap, and from the name, you can probably already picture one. A funnel trap uses a funnel to guide fish into a container that you can then pluck out of the water, full of food.

They can be made from almost anything. Probably the simplest way to make one is to cut the top off a plastic bottle and reattach it upside down. Those small traps can be especially good for catching small bait fish or even invertebrates, like shrimp. For larger fish, you’ll obviously want a larger trap. 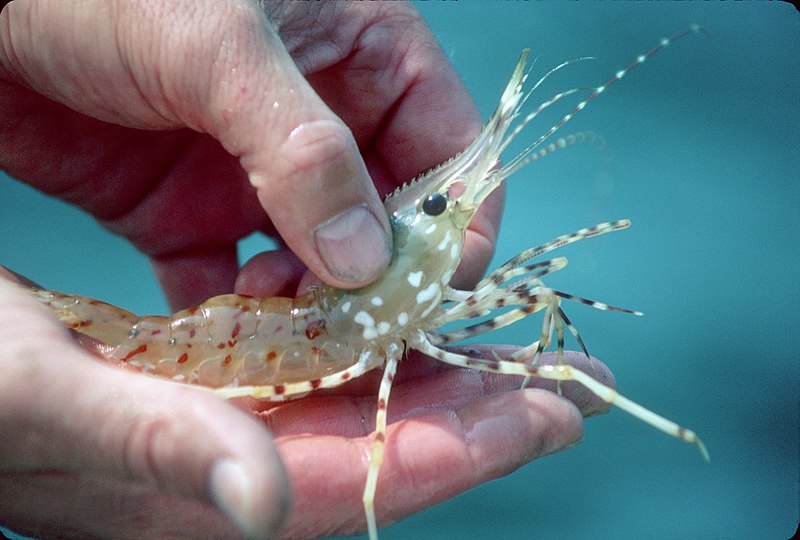 The key is to make the narrowest point in the trap wide enough to catch the kind of fish you’re after but narrow enough that the fish can’t figure out how to swim back up the funnel and out of the trap. You’ll also want to be sure that you place your funnel trap securely, blocking it against rocks or tying it down somehow so that the flowing water doesn’t push it – and your dinner – down the river.

The Fishweir: More fun to say than make.

A fishweir is essentially a fancy word for a specific type of fish trap. Weirs function similarly to the funnel traps discussed above but on a much larger scale. They take more time and effort to construct, but in a long-term survival situation, you’ll almost want to put in that time and effort, as weirs allow you to create a pool of live fish that you can then draw from whenever you need. You can also use them similarly to a funnel trap to guide fish into a trap you’ve made or a special container.

You’ll need a much larger container for a weir than a standard funnel trap, though. Once you’ve identified where you want the fish to go, a weir is a water-permeable wall or fence that directs the fish toward that location. You can construct one from rocks, woven reeds, or sticks.

Whatever you use, make sure water can flow relatively freely through the barrier; otherwise, the increased flow will almost certainly destroy your weir. Stack, stake, or string your chosen building material across the stream, leaving only a small gap where fish can get through, opening right onto your pool. From there, getting dinner will be like shooting fish in a barrel.

(What do you do for food when the grid goes down? Read our free QUICKSTART Guide to find out.)

This is the first active fishing technique on the list, and also the first even non-fishermen probably have a clear image of it. Fishing nets are fairly simple to make. You can weave one out of the greenwood from a sapling, use any viny or reedy plants you can find, or even use a shirt or other piece of cloth.

The advantage of using cloth, and the incentive to weave your net as finely as possible, is that fishing nets are the easiest way to catch minnows, guppies, and other small fish that can be used as live bait to lure larger, more tempting prey.

Whatever you make your fishing net out of, the technique is the same. Start in deepish water, then walk slowly toward the shore, holding your net out in front of you. Once you get into shallow water, lift the net from the water and admire your harvest. 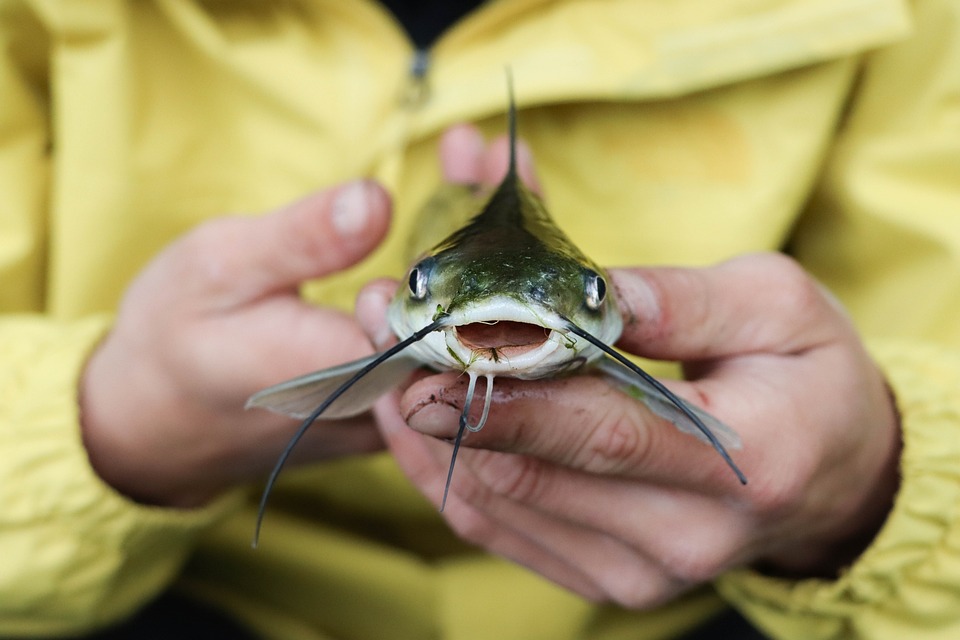 If you live in a region highly populated by catfish or other bottom dwellers, you may already be familiar with this technique, which has been popular among rural fishermen and the poor for centuries. Hand fishing is exactly what it sounds like – plucking fish out of the water with your bare hands – but probably isn’t as cool as what you’re imagining.

Instead of snatching a free-swimming fish out of the water with your lightning-fast reflexes, hand fishing involves wiggling your hand around in the dark corners of a river that might be hiding a catfish, sucker, or similar fish. Good places to start include hollow logs and under rocks – anywhere dark and out of sight.

When you think you’ve found one, block the fish’s escape from the hole with one hand, then use the other to gently reach in and feel for the fish. Once you find it, slide your hand up the fish until you reach its gills. Grab, pull, and voila! Dinner.

Do be aware of the barbels around a catfish’s mouth, which can cause pain and irritation. If you are stung, remove any stingers or spines with tweezers, immerse the wound in hot water, and cover it as best you can to prevent infection.

(If you’re fishing this way because you’re flat broke, may we recommend our Flat Broke Cookbook.)

Fishing in a survival situation is high stakes, and it requires a bit more forethought and ingenuity than an afternoon on the lake.

You’ll have to move beyond your image of fishing as the domain of lone fishermen and their single poles. However, for people who are familiar with these alternate techniques and have the knowledge, patience, skill, and equipment to correctly apply them, fishing can still be one of the lowest effort, highest reward ways of filling out their diet in the wilderness or a survival situation.

But what do you think? Do you have other non-pole fishing methods to share? Do you have any good fishing stories? Tell us about it in the comments.

David Thomas is the editor-in-chief at Everything Fishkeeping, a fish magazine. As a graduate in Animal Behavior & Welfare, he is well-versed in what it takes to both catch fish and keep them alive.