The Cooling Earth & Farmers In Crisis Why are Dutch farmers in full revolt with blockades and protests over new controls by the World Economic Forum (WEF)?

The problem began when the Dutch government used its Nitrogen Policy (alleged excessive nitrogen emissions) to acquire land from farmers by sale or by theft. They seek to use the land to quickly reduce the number of livestock by 25%.

In short, the WEF is propagandizing the world with a manufactured nitrogen crisis. Its recent report outlines the pathways for a food chain reset. In the EU, the WEF proposes a farmer-centric food system transition, minus the farmer. The WEF claims that if 20% of European farmers adopt climate-smart practices, by 2030 the EU can reduce its annual agricultural greenhouse gas emissions by an estimated 6%.

However, the Greenhouse Gas narrative is just a theory. In other words, there is as yet no incontrovertible proof either of the greenhouse effect, or its connection with alleged global warming. The Greenhouse gas, known as CO2 in the atmosphere, is what trees need to grow!  This might explain why the term, “Global Warming” was changed to “Climate Change.”  If Global Warming is a myth, no wonder the Great Reset must be introduced before people catch on. Listen to WEF’s Great Reset podcast by its author, Klaus Schwab, to reset the world, an example of blatant disclosure by a global cabal.

The response by those clued in?

“I find this quite disturbing. What do we need a food coordination centre for? Of the WEF, no less. Under the guise of ‘fair prices for farmers’, (good) citizens are made dependent on the WEF for their food supply. Isn’t that scary?” –

Independent researcher Frank Hoogerbeets noted: “Food hubs must take total control of the food supply through WEF policy. So there is no place for farmers anymore. Not reported by the NOS [National Public broadcaster. ed.].”

Wybren Van Haga of BVNL states, “The nitrogen hoax is inexplicable,” He said that farmland was being confiscated for a problem that does not even exist.

What is a real reason for the control of food supply by globalists? 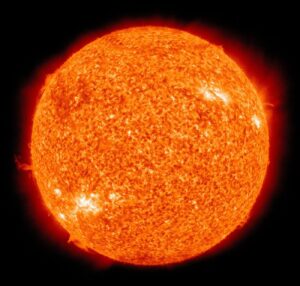 Enter the Modern Grand Solar Minimum, where the sun’s activity significantly falls, creating a cooler Earth and shorter growing seasons. According to plasma astrophysicist, Valentina Zharkova, the lack of sun spot activity affects Earth from 2020 to 2055. This means that for the next 20 year cycle Earth is entering a cooling phase, heading toward a mini ice age.

Because European farmers are not controlled like their American counterparts, they have no reason to give in to unreasonable demands. After WWI, WWII, and the Korean and Vietnam wars, American farmers accepted new wage and price controls as well as resource allocation under “National Economic Planning.” It has never ended for the American farmer.

Unlike European famers, the U.S. government is paying farmers to destroy crops and dump raw milk; efforts that create food shortages for many countries. American farmers have little recourse; either pay to destroy food or don’t get paid. In July 2021,

“Biden issued an odd edict to farmers offering them one and a half times the value of their crops to destroy them, while threatening to remove their federal farm subsidies if they don’t.”

Now, the globalists under the WEF are blaming the last of the real farmers for increased nitrogen emissions under Climate Change treaties. The only problem?  European farmers are not giving in.

When power companies openly admit they modify the weather by using injections of silver iodide from ground-based towers and flares on modified aircraft to coax winter storm to produce more snow…..

When fifteen of the largest cruise ships pollute more than all the cars in the world, while a single ocean trip emits the same amount of pollutants as five million cars…. See ship trails, toxic waste of the skies, captured on film….

When companies such as California’s PG&E are a part of the SmartMeter network, to monitor energy consumption…. 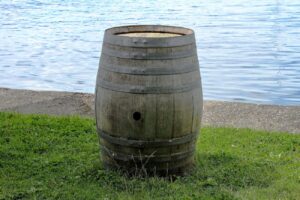 When “water rights” are sold by the barrel, by governments and companies on the global water market via BITonFly for the monetization of global market water services….

When trading water globally will be accomplished using the Climate CRON, an international crypto currency created on the blockchain [Note, 1 CLIMATE CRON is equal to the cost of 1 barrel of fresh water. They will issue 100 billion coins]….

When you see a $9 billion investment in rural deployment of 5G, which suggests that every cubic inch of Earth will be managed by a few companies….

It all means that ….

1. Farmers are blamed for a government Land Grab to control the food supply.
2. Human behavior is a mere drop in the non-existent “Climate Change” bucket.
3. There is no need to debate with climate control criminals when the growing season is shrinking. Just ask any gardener.
4. If you can control the weather, the water, and, ultimately, the financial markets of the world, then Climate Changes become Money Changers.  But only if you allow it.

Disclosures by governments have been ongoing for decades about the goals of the globalist elite. [See former Georgia Guidestones]. The latest issue of HARPER’S magazine, June 2022, reads:

Permanent Pandemic
A future in which the crisis is over,
But the technologies we developed to control it still control us.

By silent acquiescence the people have consented. Or have they? How much more will people tolerate?

Who destroyed the Georgia Guidestones? Who set fire to Rome and destroyed the obelisk at the Vatican in Italy? Is this a trend of intolerance shining through the fog of apathy? Where will people draw the line in the sand?

This global-scale homogenization, with its blatant slogans on magazine covers, is asking people to prepare for something unexpected, without looking back. Klaus Schwab, himself, has stated, You’ll own nothing and be happy about it.

The Dutch farmers are standing their ground because that is what they know to do. They are protecting an inherent right to grow and eat real food.

It is time to stand with Dutch farmers. It is also time to find a source of clean water. It is time to ensure that your immune system, your internal defense system, is protected. Got stamina? Got peace of mind? Got cash in hand?

The time for propping up corrupt governments is done. If everything is an offer to contract, then do you accept or deny the contract as presented? You will have many new opportunities presented to test yourself.

Are these times an opportunity to decentralize the food supply, to create gardens instead of lawns, to create a new monetary system, to reject the reset?

When presented with a new federal currency system of control, will you opt in or refuse to participate? Will the Constitution finally be recognized as the Charter of Freedom for which is was intended?