Confessions of a Community Garden Tenant I love to fiddle. I love to take things apart to see how they work, try new things, and mix and match to see what happens. If you think I drove my mother nuts as a child, you’re right! But I’ve learned wonderful things by doing this. Yes, I’ve also had things blow up in my face, but that also is a valuable lesson. Before Edison brought the incandescent bulb to market, he learned 10k ways that it didn’t work, and this also had value. So when a plot opened up in the community garden close to my house, I just had to give it a try.

My urban lot is pretty small and can’t possibly support my nutritional needs by itself, my CSA went up 20% along with the rest of my groceries, and it’s not like we’re still having supply chain issues, right? I had done a recon run over there the previous fall, liked what I saw, and put myself on the waiting list. Now I haul myself out of bed at 6 am most mornings to run over there before work. In this article, I’ll discuss the good, the bad, and the ugly lessons I’ve learned from my community garden plot.

What is a community garden plot? 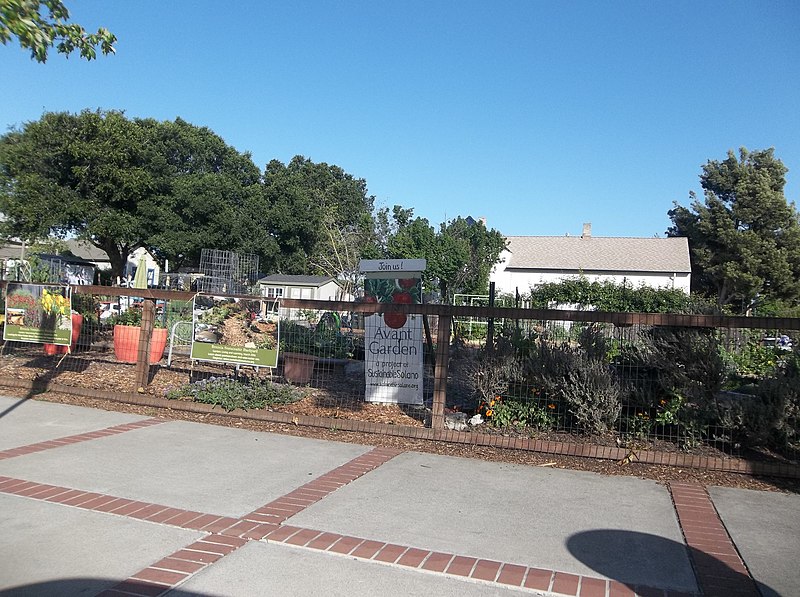 For those unfamiliar, community garden plots are low-cost rental spaces through the county community gardens program. Plots come in different sizes. Mine is 10’x20’ and cost me $15 for the season. Generally, this is a good option for anyone who doesn’t have enough space at home, such as apartment/condo dwellers or homeowners with small lots, such as myself. (Looking for urban gardening solutions? Check out this course created just for those who don’t have a lot of land!)

The land is often donated to the program, and there’s a rule book to follow. In my case, I may not put any permanent structures on my plot or plant perennials. I may not use certain pesticides such as glyphosate, dicamba, or neonicotinoids. I will keep my plot weeded and orderly, and if my plot is adjacent to the walking path, I get to help weed that too. I’m allowed to put up rabbit fencing, but it has to come down in fall, and my plot must be cleaned out by October 15.

There are more, but you get the idea. Their land, their rules, right? And I wouldn’t use those nasty pesticides anyway. Oh, another point: there’s no water hookup; therefore, hoses are not an option. I get to haul buckets. This is my biggest reason for going over early. I’d rather haul buckets when it’s 65 vs. 95 Farenheit. Besides, I find that it puts a more positive spin on my day. Make sense?

(Don’t starve! Read our free QUICKSTART Guide to what to eat when the power goes out.)

So I needed seedlings for my plot.

With this addition, I have a total of 300 ft2 to plant, and I want to use every inch to my best advantage. I’ve been starting seedlings for ten years, so naturally, I went through my seed stash, picked what I wanted, and mapped out my plan.

I had found a seed starting mix that I thought would be better than what I’ve always used. It was an organic mixture and contained mycorrhiza. I snapped it up with high hopes, only to have those hopes dashed on the cruel rocks of reality.

It seems that this mixture likely wasn’t sterilized as my usual stuff is, probably because sterilization would kill the fungi. Six weeks post-germination, my seedlings were runted, and many had leaf spots. I’m growing lots of squash this year, and cucurbits are a bit prone to those, but these seedlings hadn’t even seen the light of day! The seed came from Baker Creek, so it was unlikely as a culprit. Outside couldn’t have done it because the seedlings hadn’t been there. I bleach all of my trays and pots before use, so sanitation wasn’t the issue. The only thing left to explain my problem was the media.

My gardener friends agreed with this assessment. I cleaned the worst affected out, hoping I could save some of my seedlings. Runts will often come back, but I saw no point in planting diseased runts. I also bought some new stock from a high school greenhouse. Even that got diseased!

I’d never seen yellow leaf spot on tomatillo before. So I tossed all of it and ran to the garden center. I purchased commercial mycorrhiza nodules along with 23 squashes, ten bell peppers, three tomatoes, two tomatillos, and various herbs. The latter are in my home bed, where I can keep a better eye on them.

Part of the rationale for growing squash at the garden plot is because it’s a low theft item. There’s no security there. No fence, no cameras, nothing. I was told that watermelon and pumpkins were invitations to vandalism, so I nixed those. Besides, squash is very nutritious, and happy squash vines produce quite a lot. Lesson: media matters. Buy the sterilized stuff and add the mycorrhiza later at planting.

One thing I did right was garden set-up.

Since I’m required to keep it neat & weeded and didn’t want to spend a lot of time at that, I laid down weed barrier cloth. I had that from a few years back but had never used it at home for various reasons. I also repurposed some food containers as water collars, which function to localize the water around the roots of the plant.

This increases water usage efficiency noticeably, which is good because I don’t want to haul more buckets than I have to. My plot is fairly close to the water tote, but still. However, as the plants have grown and the vines have run, it’s difficult to find the collar for watering. I’ve staked most of my squashes, so that helps. I can find the collar by its location relative to the stake.

Where no stake exists, I’m a bit more challenged. Watering the barrier cloth isn’t efficient. I’ve learned to locate the weeds that grow through the hole in the cloth next to the main stem. Next year I may invest in a can of brightly colored spray paint. Lesson: squash vines run big time and hide everything beneath them. Mark the collars for easier finding.

This is how my community garden plot is going…

It’s halfway through the season in my zone, and so far, I’ve harvested enough squash for several meals, 11 pints of zucchini pickles, and have given 50 lbs to the local food bank so far. My winter vines are full as well, so I’m looking forward to that harvest. My freezers will be full, the exercise and self-discipline are both good for me, and helping my community gives me a good feeling in my heart. The garden also helps to manage my anxiety through uncertain times. I feel that my efforts have paid off handsomely.

I also have spaghetti squash with several set fruit @ $1.79/lb, some Burgess buttercup that’s set a few @ $1.79/lb, five butternut plants, the fruits being $1.79/lb, and a bunch of pattypan squash I can’t find a price for. Every single bell pepper is loaded. You figure it out.

There’s even a bonus lesson here.

My peppers are growing here much better than they ever did when I grew them with my tomatoes. I don’t care what the companion planting charts say, I won’t be growing them with tomatoes any longer. My plants used to be very spindly and set only a few fruits. Now they’re very bushy and have set many. I think I’ll do more of that! I want to get the most value out of my community garden as possible.

Obviously, this isn’t an answer if all heck has broken loose and it’s a free-for-all search for food. But right now, while we’re all just trying to produce as much as we can and get ahead of the shortages, you might be able to greatly increase your gardening capability. And bonus – you just might make some like-minded friends!

Have you used a community garden plot? Was it productive? Is there such an amenity near you? Would you consider giving it a thought? Please share your experiences and thoughts in the comments below!

Amy Allen is a professional bookworm and student of Life, the Universe, and Everything. She’s also a Master Gardener with a BS in biology, and has been growing food on her small urban lot since 2010. For access to exclusive content, please follow her Patreon page, The Accidental Mycologist.

Preparing A Community Garden For Winter