When I was a child growing up in Southeast Asia, we visited Bali several times.

Each day at sunset, islanders would stream down to the shore with small handmade altar rafts, crafted with flowers and fruit. The island community was giving thanks for the abundance of nature and the benevolence of the sea.

When the Sky is the Clock and Calendar, Time Is Energy

In the Javanese calendar, the day begins at sunset. The 24-hour “day” is divided into different uneven periods, with time set aside for activity, and time reserved for quietude, prayer, and rest.  The local calendar was based in part on the length of the rice growing season, and rainy and dry seasons.

Nature was embedded in time, and in culture.

When the sky was the clock and calendar, time corresponded to energy, including the angle of the sun, daylight and darkness, full and new moons, and solstices and equinoxes.

This is very unlike the overlay of “time” used now to coordinate activities of the masses over great distances, un-tethered from nature’s rhythms.

In truth, we need both, in balance.  Each concept of time has its appropriate uses. But we are out of balance.

Loss of Quietude, Loss of Reverence for Nature, Loss of Community

We are beyond the point of peril. More technology will not save us.

Reverential Societies, Harmonizing with the Cosmos, Purifying the Energetic Environment

Decades ago, tourists visiting Bali were reminded that electricity would be shut off in hotels at the full moon, and on other days of spiritual significance.

Activities would halt while the island inhabitants were engaged in a collective, meditative presence directed towards nature.

Visitors were expected to honor the stillness.

It was understood that artificial, manmade frequencies, including electricity, constituted static, noise, interference, and disruption of the two-way communication between humanity and the nature energies that provide the foundation of life on earth.

Recently, this has translated into “new” discoveries in the field of chrono-biology.

For the Balinese, artificial energetic “noise” was recognized as interfering with intuition and receptivity.  From the air conditioners in the hotel rooms to the moped scooter bikes, culturally, quietude was desired and required, to support the collective spiritual intention.

Most individuals living on the planet today have never had the experience of group consciousness that is created when an entire island chooses devotion and quietude, and directs its attention to reverence and guidance from Nature.

Some don’t experience it ever in their homes, and some not even in their own inner experience, especially those in the throes of addiction to tech devices and platforms, and online gaming. There are no healthy boundaries in place to manage the balance between activity and rest.

The Mass Tech Culture: Loss of Reverence for Nature

The modern mass culture and Western society does not promote inward calm and quiet, or value states of deep listening to nature – or to one another.  This translates directly to exploitation, including the installation of cell towers in pristine environments, devoid of appropriate environmental review.

It also translates into human rights abuses, including microwave sickness.

Holiday celebrations, for the most part, are no longer grounded in nature, and feature excessive, unconscious consumption – of paper products, plastic, food and drinks, including sugar, a product of industrialized “food.”

Festivities often pollute rather than recognize the nature environment, for example with fireworks that traumatize pets and nature.

It was the church, centuries ago, that intentionally imposed religious holidays onto the calendar to sever the connection of humanity to Nature. The church violently forced individuals (heathens) away from instinctual reverence, for example, with harsh punishment for observing the Winter Solstice instead of Christmas.

We still have not recovered what was lost.

Individuals are spending less time engaged in creativity, quietude, gratitude, and devotion, and rarely in direct harmony with nature. Individuals are tethered to devices rather than to the earth and nature.

Fear regarding “climate” is fueling political and economic reactions that create even more environmental and human health harm, including mandates for more wireless, under the guise of sustainability.  More and more of the outer environment is being polluted by artificial, man-made infrastructure to support ubiquitous wireless telecommunications. The frequencies supporting devices are pollutants and the paradigm itself is a growing energy hog.  The frequencies blanketing non-consenting, non-benefitting populations, including nature, are causing suffering and harm.

In many case studies of “Late Lessons from Early Warnings” products have been proven harmful long before appropriate regulatory response.  The co-opting of much of the environmental movement and the mainstream media leaves the planet with very little pure, unadulterated advocacy in the face of the wireless tsunami.

The Mass Tech Culture: Consumerism and Loss of Community

In addition to loss of reverence and quietude, individuals are spending less time with each other in real-time. While interacting technologically, instead of energetically, our health and immunity is also being challenged by both the loss of biological interaction and the unnatural, polluted environment.

And if the industry and military has its way, the trend will continue, with nations already densifying the  blanketing of earth with radio frequencies – including space, and now the oceans.

“Western civilization is a loaded gun pointed at the head of the planet.” 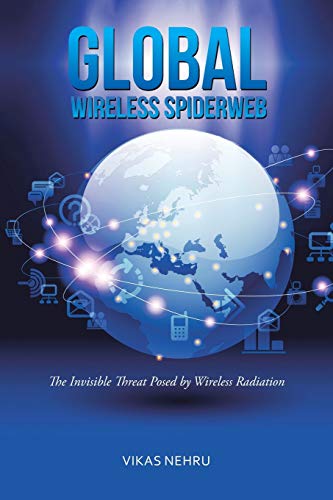 “In easy-to-understand language, he explains what science tells us about the web of radiation: We are seeing more brain tumors, higher incidences of infertility, more cases of electro-hypersensitivity, and numerous other disorders. Even more concerning, radiation is damaging human DNA.

Meanwhile, huge corporations continue to fund their own studies offering a false counter-narrative to make people feel safe. They also employ lobbyists to deflect attention from public health to what’s in their own best interests. Discover the extent of the problem, and find out what you can do to protect yourself and the ones you love in Global Wireless Spiderweb”

Humans and their connected devices will be consuming energy, and consuming resources, everywhere, at every moment in time. They will also be tracked.

Reverse the Trends, with Quietude, Nature, and Community

We are losing the ability to understand input from other senses other than sight and sound, and not recognizing direct communication from our physiology about balance and imbalance.

We are increasingly disembodied.

Plans for artificial and virtual realities and the looming Metaverse imply further distortion of mind-body integration.

The healing will come when we re-member, both ourselves, and our abundant nature environment.