Cherry-picking – the action or practice of choosing and taking only the most beneficial or profitable items, opportunities, etc., from what is available.

What happens when the drug companies that are held up as “models of science” are frauds?

What happens when the information from lawsuits against drug companies are sealed and the only visible consequence is a fall in stock price?

What happens when drug companies suppress and cherry-pick the data in their studies to show favorable results in order to gain FDA approval? 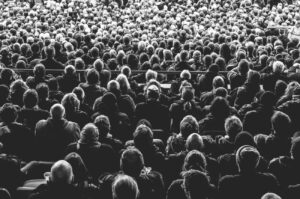 In today’s world, the BIG FOUR drug companies are given the green light to release new, emergency authorized vaccine products to a captive audience without clear safety and efficacy data.

Despite a sordid history of pharmaceutical crimes that caused suffering and death, these companies continue to cause harm because current law does not require pharmaceutical firms to disclose their research and data. So even if scientists have knowledge that a particular drug is more harmful than originally thought, they do not disclose it.

In fact, under the current laws and rubber stamping, pharmaceutical companies not only survive, they thrive. As they pass through the gates of the court system for their countless fraud cases, they prove their guaranteed net worth, and in turn, are given bigger accounts to make their products on a grander scale, for a global market. 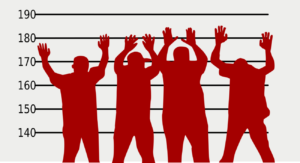 AstraZeneca could be considered the poster child for an ideal company in the untested Emergency Use Authorized (EUA) vaccine market. In 1997, AstraZeneca released its FDA-approved drug Seroquel, a drug for depression, bipolar, schizophrenia, and generalized anxiety disorder with the side effect of diabetes and weight gain. In 2010, AstraZeneca paid $520 million to settle fraud charges.

AstraZeneca knew about the risk of weight gain and diabetes in 2000 and not only failed to warn physicians and patients but marketed in a way that represented there was no risk. – Edward F. Blizzard, a Houston-based lead lawyer on the cases

The case against AstraZeneca began in 2009 and can be found here. An excerpt of the original article:

AstraZeneca Plc “buried” unfavorable studies on its antipsychotic drug Seroquel, according to an internal e-mail unsealed as part of litigation over the medicine.

The drugmaker failed to publicize results of at least three clinical trials of Seroquel and engaged in “cherry picking” of data from one of those studies for use in a presentation, an AstraZeneca official said in a December 1999 e-mail unsealed yesterday under an agreement between the company and lawyers for patients. The London-based company faces about 9,000 lawsuits claiming it failed to properly warn users that Seroquel can cause diabetes and other health problems.

More than 15,000 patients have sued AstraZeneca, claiming the company withheld information of a connection between diabetes and Seroquel use from doctors and patients. Many of the lawsuits also claim AstraZeneca promoted Seroquel, approved by the U.S. Food and Drug Administration for schizophrenia and bipolar disorder, for unapproved uses.

AstraZeneca fell 114 pence, or 4.8 percent, to 2,243 pence in London trading. The shares have declined 20 percent this year.

“AstraZeneca has studied Seroquel extensively and shared all relevant and required data with the FDA — both before and after the agency approved it as safe and effective,” Tony Jewell, AstraZeneca’s spokesman, said in an e-mailed statement. 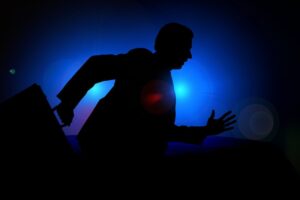 When they know they have made a mistake, drug companies do not admit it. They simply claim to “share all relevant and required data with the FDA”, while quietly burying pertinent health effects evidence. AstraZeneca’s publications manager, John Tumas, wrote in 1999:

The larger issue is how do we face the outside world when they begin to criticize us for suppressing data.” He said three drug trials had been “buried.” Referring to a fourth, he said, “We must find a way to diminish the negative findings. But, in my opinion, we cannot hide them.

In 2009, the largest healthcare fraud settlement in history went to Pfizer Inc., which was made to pay a $2.3 billion penalty for fraudulent marketing. This federal lawsuit was triggered by six whistleblower who filed lawsuits under the qui tam provisions of the False Claims Act. Each whistleblower received payments totaling more than $102 million from the federal share of the civil recovery, a mere drop in the bucket for Pfizer Inc.  For a long list of Pfizer’s billion dollar crimes, go here. However, today, there are fewer federal whistleblowers, because they have fewer rights than those in the private sector. 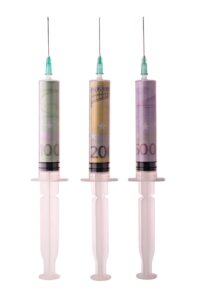 Among the Who’s Who of biotech companies, Moderna is a company working with Merck to develop cancer vaccines. It recently partnered with Vertex Pharmaceuticals to use mRNA tech for Cystic Fibrosis. In 2020, Moderna was accused of manipulating the stock market as it sold $90 worth of company shares ahead of its Coronavirus injectable.

Moderna admits that their EUA vaccine is “an operating system that gives their technology “a software like quality.” On its website, Moderna claims:

It is designed so that it can plug and play interchangeably with different programs. In our case, the “program” or “app” is our mRNA drug – the unique mRNA sequence that codes for a protein.

This technology had been tested in humans in 2017. From a 2017 Forbes article:

In 2017, Moderna generated negative headlines based on the mRNA tech is it using now: Mysterious $5 Billion Biotech Moderna Hit With Legal Setback Related To Key Technology. The company that sub-licensed the delivery system to Moderna, which wraps the mRNA into balls of fat belonged to a company called Arbutus, whose license was terminated the year before, in 2016.  However, Moderna, with its connections, claimed the ability to continue its human trials using the controversial delivery technology that fell under a patent research exemption.

Repeat offender, Johnson and Johnson, aka J&J, has a long, sordid history of crimes, fines, and violations in the medical “product” business.  See the J & J Corporate Rap Sheet here. J &J is at the heart of one of the biggest criminal pharmaceutical cases that resulted in a payout of $2.2 billion for marketing the anti-psychotic Risperdal in 2013.

But, what’s $2.2 billion in damages, or $4.2 billion in penalties for crimes since 2000, in the grand scheme of things, when J&J’s American conglomerate net worth is $435 billion?

J&J didn’t tell the FDA that at least three tests by three different labs from 1972 to 1975 had found asbestos [carcinogen] in its talc – in one case at levels reported as “rather high.” – Lisa Girion, Reuters December 2018

On April 14th, the FDA recommended the one-shot dose of J&J’s vaccine be paused due to an increase in “rare and severe” blood clots to the brain, or Cerebral Venous Sinus Thrombosis with Thrombocytopenia. Before you could say that ten times fast, the shot resumed on April 23rd.

THE SHOW MUST GO ON! 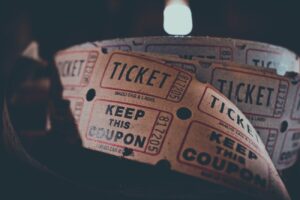 The bottom line for the pharmaceutical theatre? Money, to the tune of $60 billion, and rising, for one new and untested mRNA injectable product!

Since the show must go on, so will the cherry-picking.

That is why J&J, and the others, will continue the business of manufacturing, marketing, selling, and illegally pushing their toxic products on the public, via doctors, pharmacists, nurses, commercials, faked research with their cherry-pickin’ scientists. No mRNA vaccine has yet been FDA-approved despite fraudulent reporting by the media. FDA has only extended use of the EUA experimental COVID vaccines since data is being collected now through 2025 as part of a live experiment.

Why are all new drugs, even cancer drugs, marketed as vaccines? Because the PREP Act provides immunity from liability for vaccine makers, just like its predecessor, the 1986 National Childhood Vaccine Injury Act, indemnifies vaccine makers in case of side-effects; to ensure a stable market supply of vaccines. In other words, collateral damage is expected.

For a summary of deaths resulting from products of three of the BIG FOUR manufacturers of mRNA injectable technology in Europe, you can visit the EU EurdraVigilance Reporting System.  For U.S. statistics, go to the VAERS Reporting System for death and disability. You can compare these systems to the newly launched FDA’ version, FAERS Public Dashboard for COVID-19 emergency use authorization (EUA) products.

What is the one thing that stops the global pharmaceutical theatre from reaching its expected financial goals?

At least one California professor has sued over vaccine mandates by doing some cherry-picking of his own:

If my immunity is as good, indeed, very likely better, than that conferred by the vaccine, there doesn’t seem to be any rational basis for discriminating against my form of immunity and requiring me to get a different form of immunity.