Equinox 2021 vs 5G; Marketing Logos vs. When the Dictionary Removed Words About Nature “The study, which involved 38 Australian preschool children ages 3 to nearly 5 years old, found that while the children were not yet able to read, they often knew exactly which logo corresponded with which brand. Certain logos — including those for fast food chains (McDonald’s), entertainment companies (Disney, the parent company of ABC News, and Warner Brothers) and cars (Toyota) — proved especially recognizeable.

Since 2010, advertising and product placement has decidedly taken a turn towards the promotion of 5G and cellphones, Alexa, Siri, Amazon, and Facebook groups.

Swimming against the tide, a beautiful collaboration of music and a children’s book was created in response “to the removal of everyday nature words from a widely used children’s dictionary.”

The Book: The Lost Words

“Robert beautifully sums up the concept of their book in this transcription from his feature on BBC Newsnight December 2017: ‘My response was twofold: an anxiety at what was being lost, and a wish, a powerful wish, to do something hopeful in response.

And then, by a kind of magical thinking, by the power of spells that might be spoken and images that were painted, we would try and summon back those creatures and those trees and those plants into the mouths and mind’s eye of children.

A National Trust survey from earlier this year (2017) found that a third of British adults couldn’t identify a Barn Owl, three quarters didn’t know an Ash tree and two thirds felt that they had lost touch with nature. Yes, a basic literacy of the living world is slipping from us from up and down the ages.

Why do names matter? Why does being able to tell the difference between a Starling and a Blackbird or between a Cherry tree and Hawthorn matter? It matters because we are losing nature as well as the names for nature in this country. We’ve got more than 50% of species in decline. And names, good names, well used can help us see and they help us care. We find it hard to love what we cannot give a name to. And what we do not love we will not save.’” – Robert Macfarlane

“Since the publication of The Lost Words in October we have been so moved by the response of people to place the books in schools across the country. So many people have given time and money to make this happen, in such a spirit of generosity.

My hope for the book whilst I worked on it was that it might bring a focus to the nearby wild that we live amongst, the every day wild that so many take for granted or simply do not see. And this is happening. Some people have described our book as a movement, as a call to arms, as we see the natural world depleted by our actions, species in decline, under threat. I see it not as a call to arms, but as a call to link arms, to join together, to bring about a change.

The Lost Words is a protest against the decline of the natural world at the hands of man, it’s a song of hope in words and images, and I hope is proof that sometimes protest doesn’t have to be loud, and can be beautiful.”  –  Jackie Morris 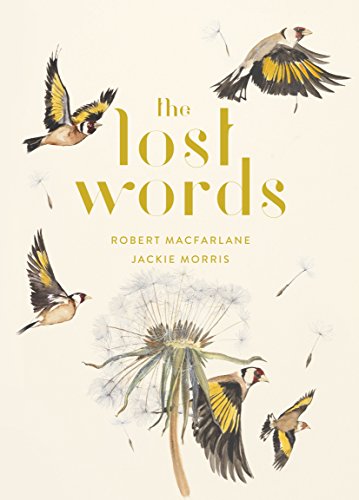 The Lost Words: A Spell Book

The Lost Words: Spell Songs is a musical companion piece to The Lost Words: A Spell Book, the acclaimed work by authors Robert Macfarlane and Jackie Morris, responding to the removal of everyday nature words from a widely used children’s dictionary which grew to become a much broader protest at the loss of the natural world around us, as well as a celebration of the creatures and plants with which we share our lives, in all their characterful glory.

Recognising the great musical potential within the pages of The Lost Words book; with its poetic rhythms, imagined birdsong and resonating watercolours, Folk by the Oak Festival eagerly commissioned Spell Songs. They invited eight remarkable musicians whose music engages deeply with landscape and nature, to respond to the creatures, art and language of The Lost Words. Karine Polwart, Julie Fowlis, Seckou Keita, Kris Drever, Kerry Andrew, Rachel Newton, Beth Porter and Jim Molyneux sing nature back to life through the power of music, poetry, art and magic. 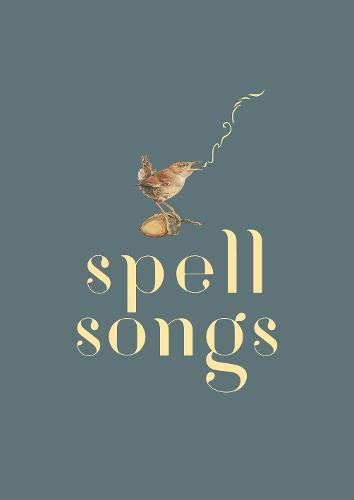 At The Lost Words website, under the About tab, under Resources, an Explorer’s Guide is available free of charge … for singing nature back to life.

The Explorer’s Guide introduces each of the artists and performers, with accompanying activities and inspiration. Don’t miss page 10, Seckou Keita, (more at link.) The wonder of the internet allows seekers around the world to hear all 14 songs that comprise the Lost Words Spell songs at the playlist.

When you are not moving – for example, in a home, a school, a hospital – you do not need a wireless device and you do not need to alter the electromagnetic environment around you.

Don’t mistake the promise of internet connectivity with wireless.

You need not to listen alone on a separate and separating device.

You do not need to add to the industry’s anticipation that “Global mobile data traffic is expected to increase fourfold by 2025, with network energy consumption trending up by 150 to 170 percent, all due to the widespread implementation of 5G.”

Enter the wild with care, my love

And speak the things you see

Let new names take and root and thrive and grow